The 2,472nd Meeting of the Society 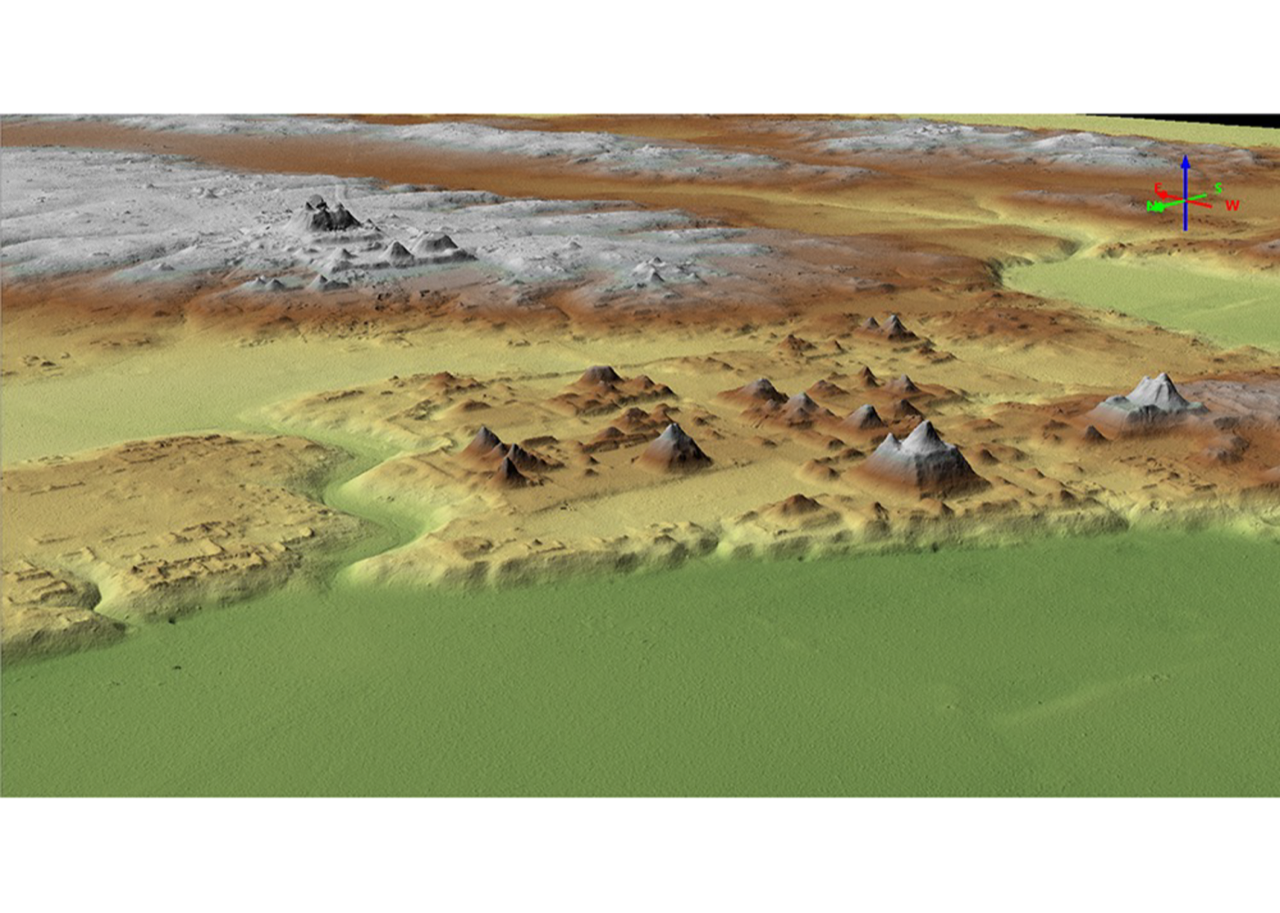 The Mirador-Calakmul Karst Basin is a natural and cultural wonder found in the extreme northern Peten rainforest of Guatemala and southern Campeche, Mexico.  It contains a unique concentration of early and large ancient cities dating to the Middle and Late Preclassic periods (1000 B.C.- A.D. 150).   It also contains the last area of intact rainforest left in Guatemala and southern Mexico.  The sites are renowned, not only for their size and density, but also for the size of the structures – the pyramid of Danta at El Mirador is one of the largest ancient structures in the world.

Hundreds of ancient settlements, revealed with extraordinary LiDAR technology, are found within the geographical borders of the Basin, many of which are linked by a major ancient causeway network (the first “superhighway” system in the world), providing what appears to be one of the earliest incipient state level societies in the Western Hemisphere.

This unique combination of flora, fauna, and ancient cultural remains provides an unparalleled opportunity for conservation and development on a world class scale.  However, as magnificent as the Mirador Basin is, it is under dire threat from logging, looting, narcotic trafficking, petroleum interests, poaching, and human trafficking.  Much of the basin has been authorized for logging, supported by environmental organizations and foreign governmental institutions.  The logging programs are viewed by some scholars as not sustainable due to the abundance of large swamps and the numbers of ancient cultural sites. The roads that are placed to extract logs provide avenues for uncontrolled cutting and burning of forest, and allow looting, poaching, and facilitate organized crime interests.

Conservation of the forests of the entire basin could be justified economically by the preservation and development of the world-class archaeological sites.  Abundant data demonstrate that the controlled eco-tourism potential is a vastly superior economic opportunity for Guatemala than any other exploitation mechanism.  A new model of conservation has been suggested to preserve the area as a Cultural and Natural Wilderness Sanctuary without roads or plane airstrips to neutralize organized crime.  The use of LiDAR technology has provided the hope and the incentive that the sites will provide the strong economic justification that can allow preservation of the forest, conserve major archaeological sites, and provide critical economic resources in the impoverished communities that surround the basin, which will ultimately help establish a new cultural identity for Guatemala. 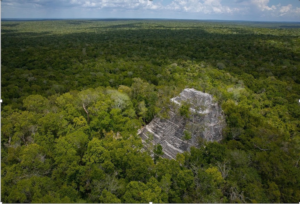 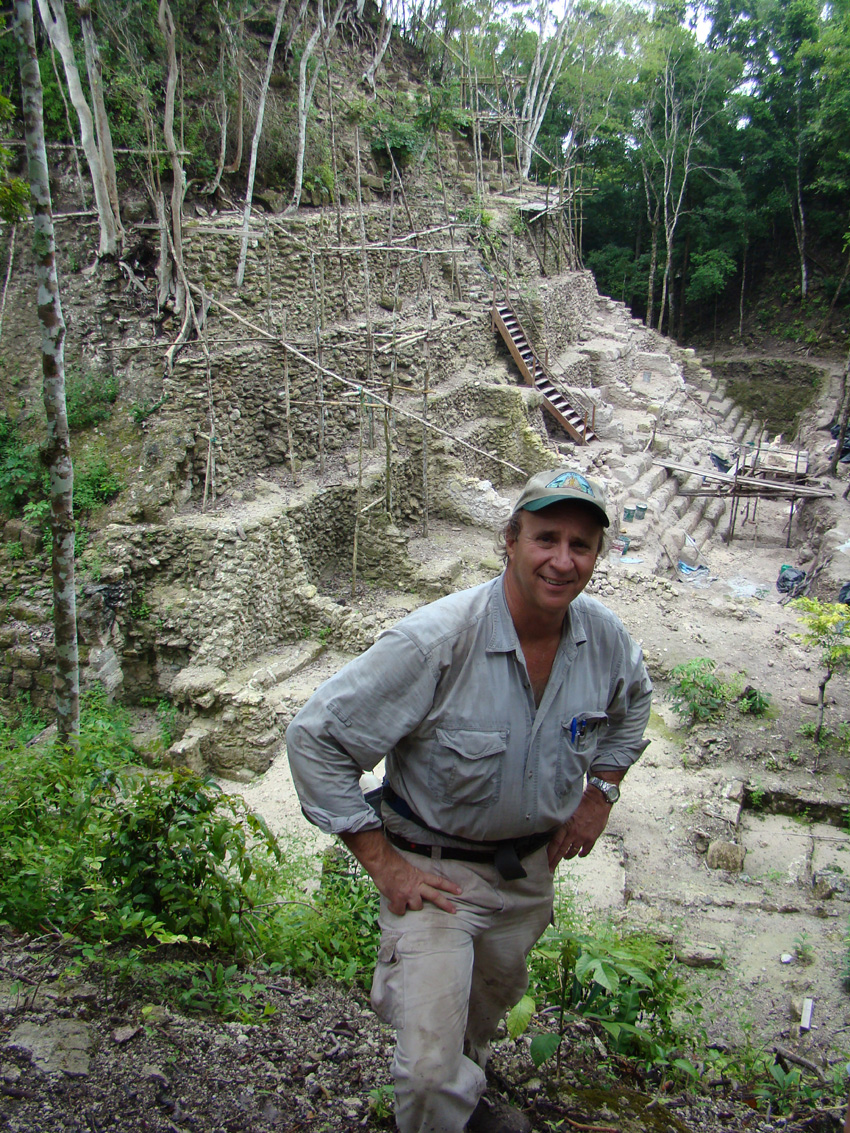 Richard D. Hansen is Founder and President of the Foundation for Anthropological Research and Environmental Studies (FARES), Director of the Mirador Basin Project in Northern Guatemala and Affiliate Research Professor at Idaho State University.  He is the founder of  the Dialogue of Civilizations Conferences hosted by the National Geographic Society, with conferences in Guatemala, Turkey, China, India, and Egypt, and the Co-Founder of  the Guatemala-China Association for Culture, Tourism and Sports based in Guatemala City.

Richard has been conducting archaeological research and scientific studies in northern Guatemala for more than 40 years.  His research in the remote rainforests of northern Guatemala currently involves scholars from dozens of universities and research institutions from throughout the world.  Hansen’s studies have identified some of the largest and earliest ancient cities in Central America, and his work has been an important contribution to the developmental history of Maya civilization. His work and conservation programs have been crucial in the conservation and protection of 810,000 acres of tropical forest in Guatemala.

Richard is an author on numerous publications on his work including 3 books (2 as series editor) and around 200 papers and book chapters in scientific and popular publications.  He presents often on his work  and has presented more than 400 professional papers and technical reports in scientific formats and symposia throughout the world. He has conducted and/or directed archaeological research in Israel, the US Great Basin, US Southwest, and Central America.  As a project, his team has currently published 335 scientific papers, abstracts, and book chapters, and 1279 technical reports and scientific presentations, and his project has mapped and excavated in 56 ancient cities in the Mirador Basin.

Richard is the recipient of many honors and awards, including the following, to mention just a few.  He was awarded the“Chevalier des Arts et des Lettres” of the “Ordre des Arts et Lettres” by the French Ministry of Culture, the Order of Quetzal-Gran Cruz, the highest civilian award in Guatemala, the National Order of the Cultural Patrimony of Guatemala, the “Orden de la Monja Blanca” the highest civilian award of the Ministry of Defense of Guatemala, the Orden del Pop” of Francisco Marroquin University in Guatemala and the Idaho State University Achievement Award.  In addition, he was named “one of 24 individuals that changed Latin America” by Bravo Association Latin Trade Magazine, Environmentalist of the Year in Latin America by the Latin Trade Bravo Business Association, and he was the US Library of Congress Kislak Lecturer in 2012.

Richard earned a BS in Spanish and Archeology and an MS in Anthropology at Brigham Young University and a PhD in Archaeology at UCLA.