PSW®†is a leading science education and professional organization in Washington, DC.  Founded in 1871 as the PHILOSOPHICAL SOCIETY OF WASHINGTON®†, PSW brings speakers from around the world to present the latest scientific research to the Society’s members and interested members of the public.  For over 150 years, the Society has been a forum for the discussion of the scientific topics of the day, of interest to all educated men and women, and the Society proudly continues that tradition to the present.  Membership in the Society is open to anyone interested in science and the purposes of the Society.

PSW is a District of Columbia non-profit corporation, tax-exempt under section 501(c)(3) of the Internal Revenue Code as an educational organization.  Dues and Contributions are tax deductible to the extent permitted by law. 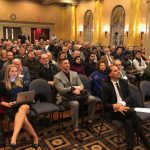 PSW SCIENCE®† events – meetings with an invited speaker – generally are held every other Friday from September to June.  Meetings are held in the John Wesley Powell Auditorium of the Cosmos Club in Washington, DC.  The Society hosts a pre-lecture event -- a reception and dinner with the speaker -- before the meeting to which PSW Science members are invited.  The meetings are open to the public, free of charge, and reservations are not required.  Dress is casual.  Meetings are live-streamed via the PSW Science YouTube channel, and videos of the meetings are posted to the PSW Science website.  Following the meeting, attendees enjoy refreshments during the “social hour” and informal discussion with the speaker and other members.

PSW Science traces its origins to the Saturday Club, a group of the leading scientists and professionals of the nation’s capital.  The Saturday Club met on a regular basis on Saturday afternoons at the home of one of the members to discuss scientific topics and then adjourned to dinner and refreshments.  The Saturday Club eventually grew to 40 or so members who soon felt the need to formalize their organization and provide for its future growth.

On February 7, 1871, they petitioned one of the members, Joseph Henry, the first Secretary of the Smithsonian Institution, and an early researcher on magnetism and the discoverer of electromagnetic self-induction, to preside at a meeting for the formation of a society.  The society was to have “for its object, the free exchange of views and studies on scientific studies and the promotion of scientific inquiry among its members.”  In addition to Henry, the founders of the Society included many prominent men, including General William T. Sherman, mathematician Benjamin Peirce, astronomer Simon Newcomb, Supreme Court justice Salmon P. Chase, astronomer Asaph Hall, and physician J.S. Billings.

The Philosophical Society of Wasington was founded officially on March 13, 1871, and Joseph Henry was elected as its first President.  The name “philosophical” was chosen carefully “not to denote . . . the unbounded field of speculative thought, . . . but to indicate those branches of knowledge that relate to the positive facts and laws of the physical and moral universe.”

During the first years of the Society, many of the discussions were in the fields of astronomy, geography, physics, and biology.  In later years, geology, meteorology, and anthropology become more prominent, due to the growth of the U.S. Geological Survey, the Weather Bureau (now part of the U.S. National Oceanic and Atmospheric Administration), and the Bureau of Ethnology of the Smithsonian Institution.  The second president of the Society, John Wesley Powell, was the second director of the U.S. Geological Survey and led the Powell expedition exploration of the Grand Canyon in 1869.

From 1878 to 1887 meetings were held in the library of the Surgeon General’s Office in Ford’s Theater, which had been converted into Government office space some time after President Lincoln's assassination.  Since March 26, 1887, the date of the 300th meeting of the Society, the regular meeting place has been the assembly hall of the Cosmos Club, now called the John Wesley Powell Auditorium.

In 1901 the Society was incorporated in the District of Columbia as a non-profit corporation.  In 1931 the Society inaugurated the annual Joseph Henry Lectures in honor of its first president.

Until about 1960, the Society was the principal forum for local scientists to present their research findings.  Today the Society provides a forum for the presentation and discussion of the scientific topics of the day for scientists and science-interested members of the public.

The Society was founded in 1871 as the Philosophical Society of Washington.  But today, many people do not realize that the word “philosophical” in the Society’s name refers to natural philosophy – the study of nature and the physical universe.  This was a common use of the term in the 19th century, but it has now gone out of fashion.  Today, we would call natural philosophy just “science.”  In 2017, the General Committee of the Society decided to use the names PSW and PSW SCIENCE whenever it is more in keeping with current usage, and to continue the tradition of using the name the Philosophical Society of Washington.

The PSW Science logo was adopted in 2017.  It is a three-color blue orb with three stylized white loops.  The loops reflect the “Henry,” the symbol of induction named for PSW Science’s founder Joseph Henry.  The blue orb evokes the earth and the heavens, symbolizing the exploration of the natural world – the scope of the Society’s scientific inquiry. 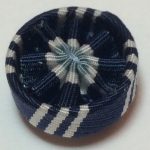 Members in good standing are entitled to wear the PSW Science rosette (lapel ribbon).  Many learned societies have adopted rosettes that reflect their history, and PSW Science is no exception. The PSW Science rosette, pictured at right, is unique to the Society, and has been registered with Dexter Rosettes which maintains rosette designs for US organizations.  The design reflects the various blue colors of the Society’s logo and proudly displays four 3-banded sides to commemorate the “Henry,” the symbol of induction named for PSW Science’s founder, Joseph Henry.

Some Traditions of the Society

The Society has many traditions that set it apart from other science organizations.  The Society keeps track of the number of meetings it has had – over 2,400 now.  Each of the meetings begins with a reading by the Recording Secretary of a summary of the previous lecture (“minutes”).  In accordance with the founders’ wishes, no business is conducted at the meetings so that the entire time may be used for discussion of the meeting’s topic.  The Society hosts formal black-tie dinners for members and their guests twice each year before the Presidents’ lecture in January and the Joseph Henry lecture in May.  The Society does not use honorifics (such as academic or military ranks) during scientific discussions, as each member and guest is encouraged to participate fully, regardless of his or her academic or professional credentials.  The President will often call the meeting to order using the Society's historic gavel, made from timbers placed in the White House during its reconstruction in 1816, which were removed in 1927 during the Coolidge Renovation.