The 2,236th Meeting of the Society

4000 Years of Women in Science

Science is a traditional role for women. For over 4,000 years of written history women have participated in this great human adventure. Science and technology are neither new nor difficult for women any more than they are for men. The stories of many of our scientists do not form part of our instruction in science from kindergarten through college. Missing from our textbooks and data are the fundamental contributions of scientists, both male and female but especially female. Female creativity and genius fill our technical past. The stories of these women not only provide role models for future scientists, but also they strengthen and broaden our ability to deal with the present. This talk will cover the exciting and enchanting history of women in science and technology, where we have been, where we are, and where we are going. 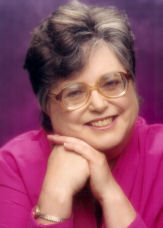 SETHANNE HOWARD is a research astronomer with over 40 years of experience in astronomy and education. Her research specialty is interacting galaxies but her avocation is the history of women in science. She has worked at many astronomical observatories and also for NASA, for the National Science Foundation and finally just retired as Chief of the Nautical Almanac Office at the US Naval Observatory in Washington, DC. She is the first woman to receive a degree in physics from the University of California, Davis. She went on to receive a Master’s Degree in nuclear physics from Rensselaer Polytechnic Institute and a PhD in astrophysics from Georgia State University. Between her bachelor’s degree and PhD she worked for many years in various scientific fields and taught high school physics and university astronomy. All those years of working in science led to a series of scientific publications including determining the rotational periods of Neptune and Uranus, the rotational temperature of Jupiter, masses of Seyfert galaxies, the total neutron cross section of uranium, as well as developing the early image processing in astronomy. Only at age 42 did she return to graduate school to complete her PhD studying large-scale computer simulations of interacting galaxies [she grew tired, you see, of staying up all night at telescopes]. Her dissertation explained the now accepted idea behind the appearance of the Whirlpool Galaxy, M51.

President Kenneth Haapala called the 2,236th meeting to order at 8:15 pm March 28, 2008 in the Powell Auditorium of the Cosmos Club. The minutes of the 2,235th meeting were read and approved.

Mr. Haapala introduced the speaker of the evening, astonomer Sethanne Howard. Ms. Howard spoke on “4000 Years of Women in Science.” Ms. Howard has made an avocation of the history of women in science.

Ms. Howard challenged us to name one woman in science before the 20th century. Just as some people started to raise their hands, she said, and it can’t be Marie Curie. Fortunately, because of our sterling reputation, she withdrew the challenge without further embarrassment.

In 1913, a man named Mozans wrote a book titled Women in Science. It listed 313 of them. Many years later Isaac Asimov wrote a book called Men of the Stars. It listed none. History books do, however, talk about women in the arts and other fields. She works to right this error.

2,700 years BCE (Before Current Era) lived the first woman of note she found. This woman’s name was Merit Ptah. Her facial image was found on a tomb near Sakarah. Her son called her the chief physician.

2,334 years BCE lived the first woman of science we know of, En Hedu’anna. She was the First Astronomer-Priestess of city of Ur, south of Bahgdad. There is an alabaster disk showing En Hedu-anna’s image. She lived in the ziggurat, or temple-tower, at Ur. There was a room in the building called a gi-par, where she worked and wrote. Tablets with her writing survive. Poems written for her survive.

She showed lists of women from ancient times that indicated they were often natural philosophers and sometimes healers, priestesses, and rulers. There was an occasional alchemist. Ms. Howard paid particular note when they were astronomers, as she is.

In the first century of the current count, there was in the mid-east an alchemist named Mary Hebraea. She invented the double boiler, still named after her in French as the “ban-marie.”

Hypatia (he pa TEE ah), of Egypt, lived in the late 4th century. She was a philospher, teacher, inventor, writer, and mathematician. She wrote three books which were destroyed by one of the fires in the Great Library at Alexandria, where she worked. Hypatia is quoted as saying, “Fables should be taught as fables, myths as myths…To teach superstitions as truths is a most terrible thing….” She also said, “Reserve your right to think, for even to think wrongly is better than not to think at all. It seems unjust that she died by being set upon by a mob and scraped to death with oyster shells.

Ms. Howard cited Hildegard von Bingen, scholar, leader, musician, writer, mystic, healer, and artist. She advocated eating spice cookies often. Ms. Howard gave us a recipe. Hildegard had the idea that the stars gravitate around the sun and “…transverse the universe in a manner similar to blood moving through the body.” She also surmised that when it is cold on the part of earth where we are, then on the other part it must be warm. She lived in the eleventh century.

Early in the period of which Ms. Howard spoke, literacy and numeracy went together. People who were one were both. There were very few who were either, however. Even in 1841 in England, 33% of men and 44% of women signed their marriage contracts with marks. In the 20th century, education became general, but literacy no longer implied numeracy.

Dr. Mary Walker was the first female U.S. Army Surgeon and the only woman to earn the Medal of Honor. It was withdrawn from her when the standard was changed to require actual combat. During the Jimmy Carter administration, it was restored to her.

Lady Augusta Ada Byron wrote a subroutine to make Babbige’s calculating machine work. She is the person the Ada language is named for. She is called the first programmer.

Modern hospital management is largely based on the work of Florence Nightingale, a very productive comparative medical statistician. Unfortunately, she also invented the pie chart.

Sofia Kovalevskaya was mathematician who, for some reason, was required to do four dissertations to get her degree. In the days when Swedes publicly debated the merits of proposed appointments to the University of Stockholm, hers was opposed by August Strindberg. She won the appointment anyway.

Washing machines have been around a long time. The first patent was granted in 1691. In 1888, they took a great leap forward when the rotory press attachment (wringer), was invented. This so improved the function of the machine that disease rates fell when it came into use. The inventor, Ellen Eglui, sold the patent rights for $18. She thought she had to sell because she was a black woman and that would prevent the machine from being adopted.

Annie Jump Cannon was the only woman ever to receive the Draper Medal of the American Association for the Advancement of Science. She developed the current system for classifying stellar spectra from hotter to colder.

Hedy Lamarr was a well known actress. Less well known is that she and a colleague invented frequency hopping to prevent jamming radio signals used to control torpedoes. Long a military secret, it is now called spread spectrum and is still used in cell phones as well as weapon systems.

Most of us probably thought Mrs. Butterworth was just a figure on a syrup bottle. Her real name was Twana Washington. She also invented a solution for “smooth polynomials.” Legend has it that she was inspired by watching her smooth syrup flow off a stack of pancakes. This solution led to a very useful filter called a “Butterworth filter.”

Grace Hopper holds a distinction of being one of very few interviewees on “60 Minutes” who was treated respectfully. She worked on the Mark 1 computer. Ms. Howard said she discovered the first actual computer bug, a moth that got caught in a relay. Ms. Howard had a picture of Ms. Hoppers notes including the dead bug.

Vera Rubin won the presidential medal of science and broke the toilet barrier at Mt. Palomar. When she was young, she wanted to use the 200- inch telescope. There was a rule, however, that it was “not feasible for women to undertake an observing project.” Ms. Rubin changed the rule by adding one word, “usually.” After some debate, she got to use the telescope and the toilet.

Much progress has been made. Now, there are 207,000 women, almost 50%, in science and technology graduate schools. Representation in the fields has increased substantially, although it is still low in some fields, notably engineering.

During the discussion period, William Maisch recalled that, in the early 60's when Vera Rubin’s husband, Robert Rubin, was president of the Society, the pre-meeting dinners were at local restaurants because Vera Rubin refused to enter the Cosmos Club through the ladies entrance.

Until the l970's, someone noted, women were not allowed in certain kinds of field work. They could not got onto an oil rig or into a mine. Women stuck to theoretical studies in those areas.

Has history been less kind to women than men in preservation of what they did, someone asked?

Yes, I think so, Ms. Howard said. She gave several examples of women’s contributions being credited to men.

After the talk, Mr. Haapala presented a plaque to Ms. Howard commemorating the occasion. He made a pitch for support and asked people to consider joining, contributing, and sponsoring meetings. He made a firm parking announcement. Finally, at 9:31 pm, he adjourned the 2,236th meeting to the social hour.