The 2,329th Meeting of the Society 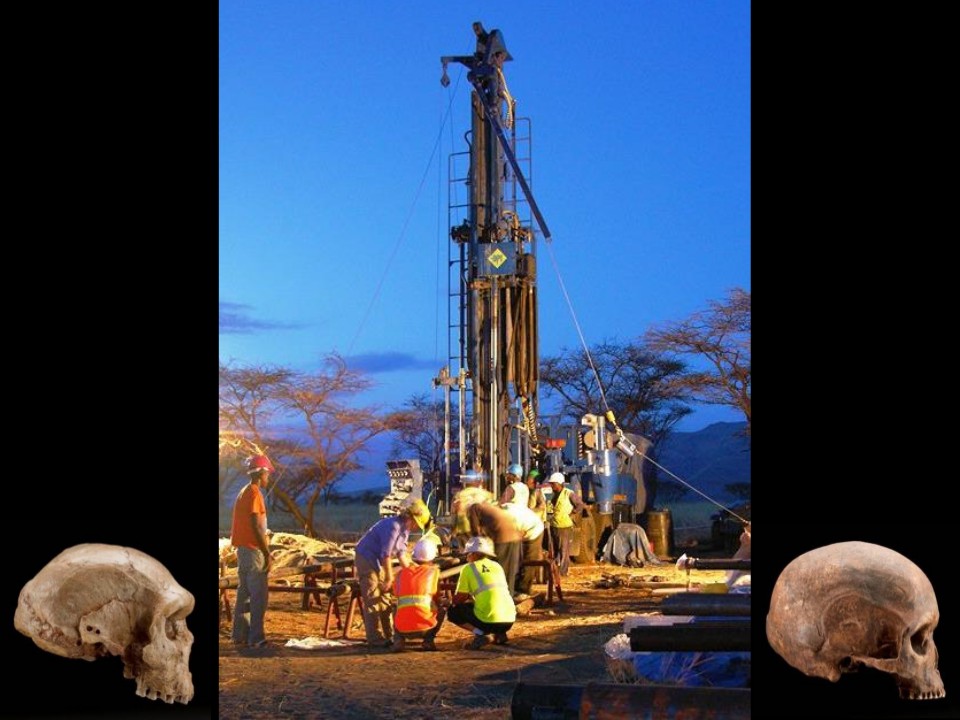 How environmental dynamics may have shaped the adaptations of early human ancestors is one of the profound questions in the study of human evolution. A synthesis of African paleoclimate data suggests that significant events in human origins tended to occur during lengthy eras of strong climate fluctuation. For example, key events such as the appearance of Middle Stone Age technologies and Homo sapiens in tropical East Africa between 350,000 and 200,000 years ago, coincided with a prolonged era of climate instability. The complexity of climate dynamics and resource uncertainty likely influenced the evolution of adaptive versatility in our species, expressed by the expansion of mobile technologies, symbolic behavior, social networks, and behavioral diversity. In general, the evolution of adaptability in the face of climate uncertainty has become the new theme in the environmental story of human origins. In 2012, our team’s research at the Olorgesailie prehistoric site, located in the Rift Valley of southern Kenya, began a new approach to studying the environmental context of human evolution by obtaining the first long sediment core drilled from an early human fossil site. The drilling operation recovered a total of 216 meters of sediment reaching the volcanic floor of the Rift Valley. The core is expected to provide the most detailed climate record available for the past 500,000 years. This talk will summarize the first findings from the analysis of the core, and will explain how this study and others, which range from paleontology to experimental biology, are providing novel insights into the processes of human evolution. 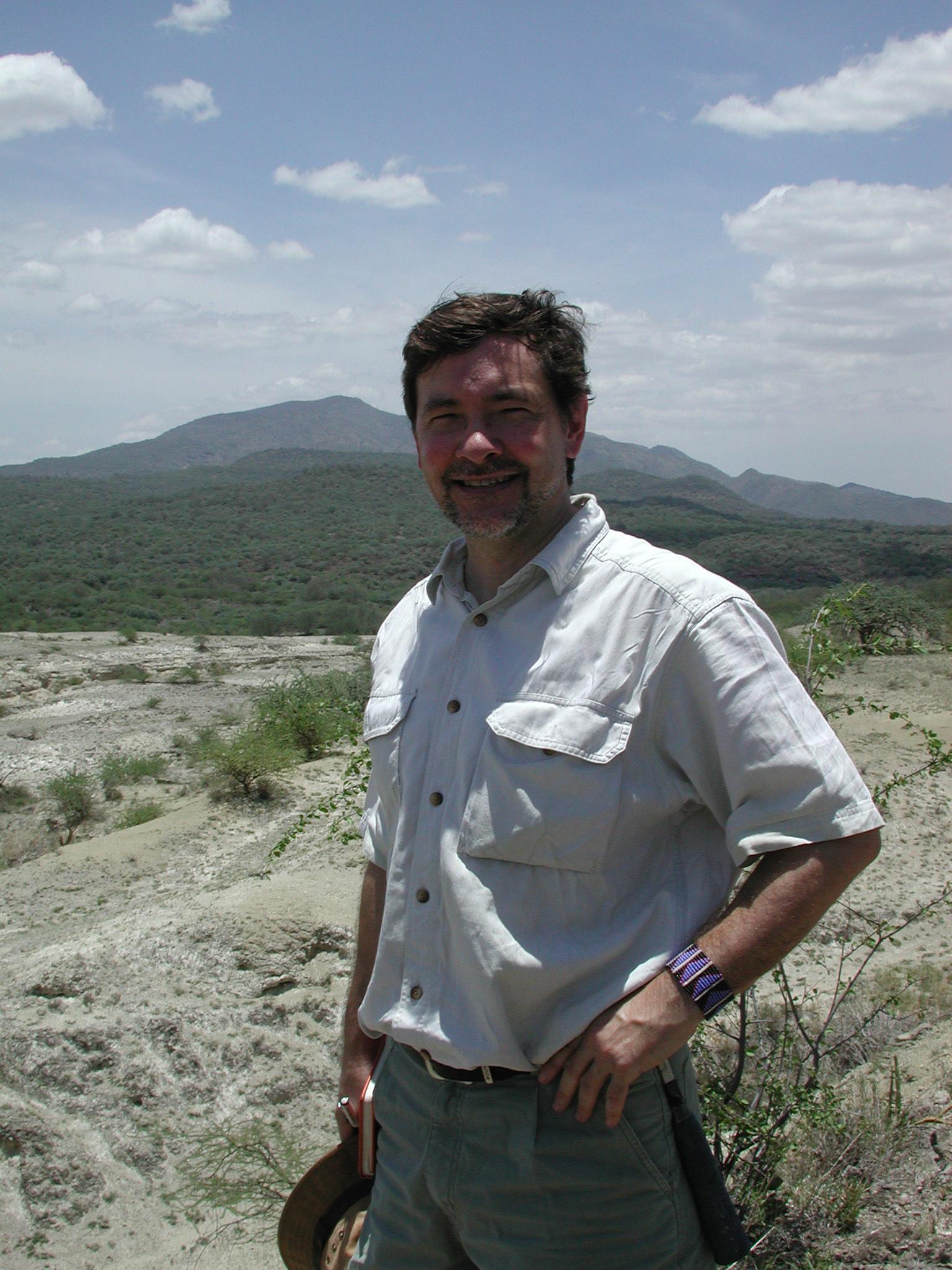 RICK POTTS is a paleoanthropologist who directs the Human Origins Program at the Smithsonian’s National Museum of Natural History, where he also holds the Peter Buck Chair in Human Origins. After receiving his PhD in biological anthropology at Harvard University in 1982, he taught at Yale before joining the Smithsonian in 1985. Rick’s research investigates Earth’s environmental dynamics and the processes that have led to human evolutionary adaptations. His ideas about the significant effect of environmental instability on human evolution have stimulated wide attention and new studies in the Earth sciences, paleontology, and experimental and computational biology. Bridging across many research disciplines, Rick’s field projects are located in the East African Rift and in southern and northern China. His latest work in the Rift Valley of Kenya has gained international attention as the first project to obtain a long drill core from an early human site in Africa, which will provide a detailed climate record spanning the past 500,000 years. Rick is curator of the David H. Koch Hall of Human Origins at the Smithsonian and is author of the companion book What Does It Mean To Be Human?

President Larry Millstein called the 2329th meeting to order at 20:21 on February 21, 2014, in the Powell Auditorium of the Cosmos Club. Mr. Millstein announced the order of business and reviewed some information on the 3rd meeting of the Society, which had included a lecture about the headwaters of the Yellowstone River, and papers on approaching the north pole on a loxodromic curve, the geographic center of the USA, experiments on acoustics, and measurements of optical defects in the eye. Mr. Millstein then introduced the new members of the society. Minutes from the previous meeting were read and approved. The president then introduced the speaker, Dr. Rick Potts, the Curator of Anthropology at the National Museum of Natural History and the Director of the Smithsonian Human Origins Program.

Dr. Potts started out by introducing the audience to his "summer home," the geological formation Olorgesailie in the Rift Valley in southern Kenya. The formation can be described as "quite the layer cake of exposed sediments," which lets researchers reach into 12 million years of human history.

The prevailing view for human evolution for a long time was the "Savannah Hypothesis": what differentiated human ancestors is that they found a open grassland environment, the savannah providing a simple, stable environment on which all stages of human evolution happened. When we considered human evolution to have taken place in around half a million years this hypothesis made sense, but with new dating techniques, we know that it was in fact a 6- to 8-million-year process, all the way from the division from other African apes with a single ancestor. Therefore, there must have been environmental changes; how did humans adjust to them?

Dr. Potts then turned back to Olorgesailie, in Southern Kenya. This area is the open bottom of a sediment valley with recent tectonic activity. Uplift has pushed up many layers of sediments on cliff edges, which are revealed by erosion. Hillsides display slices of time; a one-meter high example showed sediment layers from when the area was dry grassland, then wet grassland, then a lake, and a deep lake, interspersed with times of draught, all within ten thousand years, about one million years before our time. This was not a stable savannah environment.

Historical data reveals that climate fluctuations became more dramatic in range about ~6 million years ago, and glacial fluctuations started about 3 million years ago. The genus Homo evolved during the time of the strongest glacial fluctuations. Dr. Potts posed the question why this is so; could the higher level of noise drive adaptive change? If this is so, instead of considering adaptation to the environment only, the key point is to consider adaptation to environmental dynamics.

Dr. Potts then pointed out the interaction of orbital precession with the eccentricity of Earth's orbit creates changes in insolation that are especially important for climate variability in tropical Africa. As the climate changes from warm and moist to cold and dry, what can happen to organisms? They either become extinct, or for a period of time adapt and move along with the environmental changes, or they can learn to become versatile. Adaptability becomes an adaptation itself. Then the organism can move along with changes as well as change its environment by itself.

To sum up: Aspects of the gene pool may be favored in specific environments, but as the environment changes repeatedly, what is actually favored is plasticity and adaptability. Over climate and habitat changes, adaptive versatility becomes the favored trait. Dr. Potts introduced this mechanism as "Variability selection." The resulting adaptations enlarge the options available to the organism, allowing it to adapt to novelty and to change itself.

If this view is correct, it should occur not only in humans but in other organisms as well. Gene regulation is one mechanism by which adaptability can be implemented: Organisms with the same set of genes can express different genes depending on their environment. Some studies on mustard plants and certain types of bacteria support this idea. For instance, some bacteria in the lab successfully adapted to temperature ranges they had never been exposed to in previous generations if they were made to evolve in other, rapidly changing temperatures in their environment.

Therefore there is evidence that adaptability may be an adaptation, and an important factor in the history of humans. It is a characteristic of our genus and our species.

Dr. Potts evaluated some adaptations in human origins with this approach. He pointed out that developing sharp stone tools let their users to deal with changes in food types as the environment changes, that the oldest spread of the genus homo to Eurasia happened during a period of large climate change in Africa, and that there is evidence that our most important defining feature, the human brain, has large regions for attention and planning compared to other primates.

Dr. Potts then pointed out that all the major branchings in the human evolutionary tree and all major technological milestones in human development fall within long eras of strong wet-dry variability in East Africa, as did the greatest amount of extinction and speciation.

Dr. Potts next focused on a particularly interesting period of history. There is a big shift in technology between the period 1.7 million years ago to 500,000 years ago, and the period that starts about 320,000 years ago. Handaxes are replaced by smaller, more diverse tools, and repeatable production of projectile points starts. Pigments show up for the first time, illustrating the development of symbolic thought. Long distance trade also appears. There is the question of how climate dynamics affected the evolution of homo sapiens.

Dr. Potts then introduced a large, long-term project, the Olorgesailie Drilling Project, based on a drill rig digging into the sediment core to evaluate climate change at human settlement areas. Going down 216 meters into the sediment core, this drill rig obtained 500,000 years-worth of samples for high-resolution climate data during the September and October of 2012.

The samples from different depths corresponding to time slices are now being analyzed by varying methods and for indicators such as diatoms, particles of charcoal from burning grasslands, fossil pollen, and geophysical dating to individually date volcanic eruptions one after another. Dr. Potts stated that the project has evidence of 150 individually-dated eruptions, which they use as time-marks for their detailed timeline. And indeed, even individual seasons are visible in the sediment layers. Magnetic and gamma radiation datasets are being developed and correlated to climate changes between wet and dry.

The overall goal is to look at environmental conditions associated with milestones of human origins: the transition from handaxe technology to newer Middle Stone Age toolkits, the modernization of African fauna, the first appearance of homo sapiens and the low population bottleneck encountered 100,000 to 60,000 years ago. This covers half a million years into our history. During this period major indicators of behavioral innovation also emerged, from blades to points to fishing, our treatment of the dead, trading, beads, pigments and images, which are expressions of human imagination and complex symbolic activity. Dr. Potts pointed out that these all can be interpreted as our growing ability to adapt to novelty, including to novelty we generate ourselves.

Dr. Potts then concluded his lecture by pointing out that evolution does not inevitably point to Homo sapiens as the final product. The theme of adaptability still goes on. The key for the future of our species lies not only in our technology, but in the mental tools we have: Creativity, caring for each other, and the capacity to alter not only our world, but also ourselves.

Mr. Millstein then invited questions from the audience. One question was about the relationship of human evolution to plant evolution and agriculture. Dr. Potts responded that the emergence of agriculture was indeed an expression of a co-evolutionary process. Agriculture let us surround ourselves with a cultural cocoon, giving us the safety to be able to experiment and letting domesticated species to evolve within that relative safety as well.

Another question was about how well the conclusions of these studies could be applied to intergenerational adaptation, since things change so fast now. Dr. Potts remarked that part of the emergence of adaptability lies in the culture, with the transfer of information. This applies to within a lifetime as well, and in the present time we possibly have an even larger cultural diversity now than we had before.

Afterwards Mr. Millstein thanked the speaker, made the usual housekeeping announcements, and invited guests to apply for membership. At 10:07 pm, President Larry Millstein adjourned the 2,329th meeting to the social hour.