The 2,290th Meeting of the Society

A Journey from Earth to the Edge of the Cosmos

A revolution in Astronomy and Astrophysics is taking place. Wide-area multi-wavelength astronomical imaging surveys are underway that will provide high resolution full sky views across the electromagnetic spectrum. They will provide humanity’s first digital map of the universe. More than any other single instrument, the Hubble Space Telescope has been responsible for shaping the scientific and public view of the universe, particularly through its active outreach program. However, the information thus far provided to the public has been largely curated and static, limiting the participation of non-professional astronomers in exploring and utilizing Hubble data. This will have to change if we are to realize the full value of the flood of digital information that is being produced by the new sky surveys. The information must be made available to allow all users to actively explore the cosmos themselves. In 2006 I proposed that Google develop an intuitive visual interface to make the information easily available to everyone, everywhere. The result, GoogleSky, was released in 2007. By streaming imagery, catalogs, time domain and ancillary information directly to a user, it provides the general public with a wealth of information for use in education and research. This talk will describe the development of Google Sky how it works and its technical features. The talk also will use GoogleSky as a virtual telescope for a journey from our solar system to the edge of the known universe as seen through the eyes of the Hubble Space Telescope. 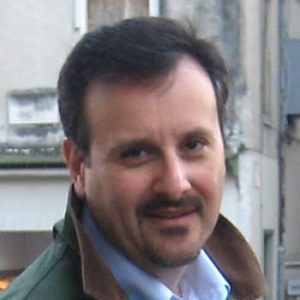 ALBERTO CONTI is Astrophysicist and NASA Multimission Archive Scientist at the Space Telescope Science Institute (“STScI”), and Project Manager for the MAST/GALEX space-based UV survey. He pioneered the use of data mining and visualization techniques in the astronomical community. He has worked on many collaborations on sky survey datasets with scientists throughout the world, and carried out seminal work on Galaxy Formation. He has long been involved in bringing astronomical information to the public. He is the co-creator of GoogleSky and also is a team member on Microsoft’s World Wide Telescope project – showing that he can bridge diverse universes. Dr. Conti earned his Laurea in Physics from the University of Trieste and did post-Laurea work in astronomy at the International School for Advanced Studies in Trieste. He earned his PhD from Ohio State University and did Postdoctoral work at the University of Pittsburgh before joining STScI. He is the author of numerous publications on globular clusters, galaxy formation, the engineering of astronomical data systems and the handling and analysis of large astronomical data sets, among others. Dr. Conti received the Pirelli INTERNETional Award in 2007.

President Robin Taylor called the 2,290th meeting to order at 8:23 pm October 28, 2011 in the Powell Auditorium of the Cosmos Club. Ms. Taylor announced the order of business and introduced three new members of the Society.

The minutes of the 2,289th meeting were read and approved.

Ms. Taylor then introduced the speaker of the evening, Mr. Alberto Conti of the Space Telescope Science Institute (STScI). Mr. Conti, who is an astrophysicist and NASA Multimission Archive Scientist at STScI, spoke on "GoogleSky: A Journey from Earth to the Edge of the Cosmos."

Mr. Conti began by discussing the Space Telescope Science Institute, the science operations center for the Hubble Space Telescope and his involvement with the Multimission Archive at STScI (MAST). MAST collects, stores, and distributes optical and ultraviolet archive data, from both current and legacy missions, to the astronomical community. There are multiple archive centers for various types of data, such as publications, X-ray and gamma-ray data, and infrared data, but MAST wants to be the leader in archive system design by focusing on user-friendly, scientifically useful methods of secure storage and reliable retrieval.

Mr. Conti then described some of the challenges involved in archiving astronomical data. He offered the analogy that with a consumer camera it would currently take about two trillion pixels to image the whole sky, which is about one hundred terabytes. If we also wanted to examine dynamic objects that explode or collide, capturing multiple frames would then require about ten petabytes or one hundred and fifty times the size of the current Library of Congress, he said. He explained that while it is possible to build telescopes thirty times bigger than twenty-five years ago, detector resolution has increased three hundred times in the same period and now the total amount of archival data doubles every year.

Mr. Conti described how Google Earth and Microsoft Virtual Earth have revolutionized how we look at the Earth's surface and asserted that this seamless and easy-to-use technology could be adapted to allow the public to browse space imagery. He hoped that the public could be inspired by the incredible images at their fingertips and gain a better understanding of the footprint of the Universe. On August 22nd, 2007, after a year and half of work, GoogleSky became available as a feature in Google Earth and allowed users to browse sky data just as they would Earth data.

Mr. Conti then provided a tour of the Universe using Google Earth and GoogleSky. He began in Italy and demonstrated that it is possible to annotate the Earth's surface with layers of information like weather, traffic, and models of buildings, effectively creating a three dimensional canvas that can be decorated at many scales. He emphasized that it is possible to browse these enormous data sets by streaming only a small part of it over the Internet for immediate display. He then zoomed out to show the Hubble space telescope in orbit and all the other man-made satellites around the Earth. He proceeded to the Moon and highlighted the Apollo 11 landing site, which includes a model of the module on the surface and annotations that include the photographs taken by the astronauts. Similarly, he demonstrated the surface of Mars, including the two rovers on the surface, and then proceeded outward through the solar system. He paused at Voyager 1, the furthest man-made object, and noted that it is only 16.5 light-hours away from Earth.

He then focused on our closest star, Proxima Centauri at 4.2 light-years from Earth, and demonstrated how well the interface allowed the seamless browsing of combined space-based and ground-based mixed resolution imagery, annotated with points of interest and details such as star names and temperatures. He continued hundreds of light-years further, visiting the Helix Nebula, where Hubble imagery shows new stars being born, and the Orion nebula, which is so well studied that GoogleSky includes an explorable, three-dimensional model of the famous Horsehead nebula. Thousands of light-years further, he demonstrated how switching between data from different wavelengths can highlight stars being born in the Eagle Nebula M16, in the Pillars of Creation.

Mr. Conti then showed a series of galaxies, moving ever further into space. He began with the Andromeda galaxy, millions of light-years away, and continued to the Whirlpool galaxy NGC 5194, which is actually two colliding galaxies. Fifty million light years further, he showed the galaxy M87 NGC 4486, which contains the biggest black hole ever found at its center. He then highlighted two sets of colliding galaxies hundreds of millions of light-years away, in different phases of collision and where hundreds of millions of new stars are being formed.

Mr. Conti then briefly discussed why the Hubble Space Telescope has been so impressive. Not only did the telescope reveal nearby galaxies in much greater detail but it produced the Deep Field image when focused on a very small, seemingly empty region of the sky. The image contained about thirty thousand galaxies, just a handful of the billions of galaxies stretched across space and time. It is estimated that there could be as many as one hundred billion galaxies in the observable Universe, each containing tens of millions to trillions of stars, he said.

With that, he thanked his collaborators and closed his talk. Ms. Taylor invited questions.

Someone wondered whether it was possible to detect the motion of distant galaxies. Mr. Conti explained that we don't yet have the needed detector resolution but it may be possible one day. It is much easier to measure the movement of stars in our own galaxy, he said.

In response to a question concerning the potential impact of losing funding for the James Webb Space Telescope, Mr. Conti asserted that the funding would be critical to continued work in the field and believes the telescope will revolutionize infrared astronomy. The James Webb Space Telescope has more than six times the collecting area of the Hubble Space Telescope and can capture data in a fraction of the time. However it also much more expensive, requiring new technology developments such as the adjustable Beryllium mirrors.

After the question and answer period, Ms. Taylor thanked the speaker, made the usual housekeeping announcements, and invited guests to apply for membership. She reported on the progress of posting archived videos of past lectures to the Society's website. She announced the nominating committee for the upcoming officer elections, consisting of past Presidents William G. Maisch, Steven Dick, and Larry Millstein. She announced the annual meeting of the Society on December 16, 2011. At 9:50 pm, she adjourned the 2,290th meeting to the social hour.