The 2,263rd Meeting of the Society

Revolutionary technologies for determining DNA sequences have been developed in the last ten years and are being rapidly commercialized. The first of these “NexGen” devices has already increased the throughput of DNA sequencers more than 100 fold, and greatly reduced the costs per base. A new generation of devices now being developed promises to improve performance another 100 fold and further decrease costs. These technologies will make possible routine whole genomic studies of individuals. Already, “direct to consumer” genomics companies have been formed that provide extensive genetic profiles for just a few hundred dollars. Shortly, such companies will be able to provide complete individual DNA sequences at relatively modest prices. The information from these new DNA sequencing technologies will profoundly alter our understanding of the biological universe that surrounds us, our own genomes and the roles of human genetic variation in health, disease, and therapeutic responsiveness. This lecture will recount the history of DNA sequencing technologies. It will describe the technologies of several “NexGen” DNA sequencers now in wide use, and several, soon to be introduced, third generation technologies that operate on individual (single) DNA molecules. It will explore the ways these technologies will be used to study genomic variation, gene expression, epigenomics and metagenomics. It will touch on some of the challenges posed by the massive and complex data sets these devices produce, and it will summarize the potential uses of DNA sequencing in human health care and other areas of research. 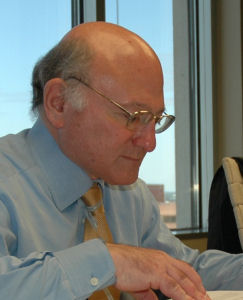 LARRY MILLSTEIN practices biotechnology patent law with Millen, White, Zelano & Branigan, PC, where he is a partner. He also is an adjunct professor in the Department of Biochemistry, Molecular and Cellular Biology at Georgetown University and Chairman of the Advisory Board of the Georgetown Biotechnology Program. He serves on the Board of the Foresight Institute and as treasurer of the Washington Academy of Sciences. He earned a B.S. in Chemistry from City College of New York and a Ph.D. in Chemistry from the University of California – San Diego, where he did his dissertation work at The Scripps Research Institute. He has written and prosecuted many patent applications on inventions in biotechnology, biopharmaceuticals and related arts. And he is an author of numerous scientific research articles and an inventor of several nucleic acid amplification methods and inventions relating to molecular arrays and their manufacture.