The 2,366th Meeting of the Society

Prospects for Life & Human Habitability Around Nearby Stars

Many Possible Homes - But the Likely Neighbors Are Microbes 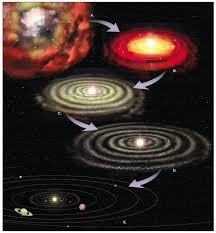 This talk will present the current “big picture” for the formation and evolution of life on Earth, with special attention to its astronomical, geological, and chemical requirements. Astronomically, there are 1011 stars in our galaxy, each according to the latest Kepler results likely to have formed its own Earth-sized planet. The Universe is 13.8 billion years (Gyr) old, the Galaxy is about 12 Gyr old, our Sun is ~4.6 Gyr old, and high-Z chemical elements took a few generations of stars to form. Sol and our solar system are ~2/3 of the way out from our spiral galaxy’s relatively weak central black hole, in the suburbs so to speak. The Earth itself is a 4.56 Gyr old, highly differentiated, very unique object with all its water on the surface, a giant moon stabilizing its spin, plate tectonics keeping it warm and a shielding magnetic field. Life is found on the Earth in an incredibly narrow spatial range, -20 to +100 km from the surface of a body of diameter ~104 km, and is found only where liquid water is available- we live, work, & die on the thinnest wet rind of the terrestrial orange. Failed planet harbors for life exist next-door in Venus and Mars. Historically, the first forms of life appear to have formed in high temperature environments. Earth-life was mainly blue-green and single-celled for the first 3.5 Gyr of the planet’s existence. By ~2 Gyr, in the first massive life-based pollution event in the planet’s timeline, phototrophic plant life had driven the atmosphere out of equilibrium, removing almost all CO2 and converting it in the O2 without which it is likely there would be few animals and no land dwelling creatures. Complex multi-cellular life only arrived after ~3.5 Gyr. Since then, multi-cellular life has gone through at least 4 huge upheavals due to giant impacts. But for these bug-eyed monsters, trilobites, or giant lizards would be ruling the Earth. Creatures even remotely resembling Homo Sapiens have been on the Earth for only ~4 million years (Myr) out of 4.56 Gyr, an ~10-3 duty cycle. Even today bacteria are the most successful forms of life reckoned by total biomass, and we each carry some of this biomass on our skin, in our gut, and in our mitochondria. 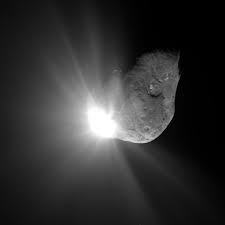 Carey M. Lisse is Senior Research Scientist in the Applied Physics Laboratory at Johns Hopkins University. Prior to assuming his current position he held a variety of posts at APL and NASA. Carey has been active in the fields of astronomy and physics since 1985, where he began as an instrument scientist at NASA/Goddard on the Nobel prize winning COBE project. He later moved over to planetary studies, writing his dissertation on comets detected in the COBE all sky survey. Since then he has focused primarily on comets, making important discoveries about their X-ray emissions and working on the NASA Deep Impact mission from start to finish including using the Spitzer Space Telescope to observe dust excavated from the comet 9P/Tempel 1 by the DI Impactor. He also studies asteroids and x-ray emission from planets, and searches for the presence of asteroids and comets around other starts. Casey is the Chair of the Comet ISON Observing Campaign Team, overseeing the team’s activities. Carey received a number of awards as part of the COBE team, the JPL Stardust flight team, and the EPOXI flight team. He is the recipient of a Space Telescope Science Institute Science Merit Award, a Space Foundation Space Achievement Award, a Johns Hopkins Applied Physics Laboratory Special Achievement Award, and he was awarded the Isaac Newton Institute Visiting Fellowship at Cambridge University. Carey is a AAAS Fellow. And the Asteroid 12226 Caseylisse is named for him. In addition to his scholarly work, Carey speaks widely about planetary science and he has appeared in more numerous documentaries about planetary science and cosmology. He earned a BA in Chemistry at Princeton, an MS in Chemistry at UC – Berkeley, and an MS and a PhD in Physics at U. Maryland.

President Larry Millstein called the 2366th meeting of the Society to order at 8:05 p.m. He announced the order of business and welcomed new members. President Millstein shared news that PSW member and speaker Sir J. Fraser Stoddart had been awarded the 2016 Nobel Prize in Chemistry. President Millstein summarized the 28th meeting of the Society held in 1872. The minutes of the previous meeting were read and approved. President Millstein then introduced the speaker for the evening, Carey M. Lisse, Principal Staff Scientist of the Planetary Exploration Group in the Applied Physics Laboratory at Johns Hopkins University. His lecture was titled “Prospects for Life & Human Habitability Around Nearby Stars”.

Dr. Lisse began by explaining that we used to ask whether there were planets around distant stars. We now think that every star has planets, and each likely has an Earth sized planet. The new question is whether there could be life on these planets, what combination of conditions might be necessary for it to develop, and how we can detect it.

There are 100 billion stars in our galaxy, and Dr. Lisse explained that for a star—and thus for the possibility of life around a star—mass is destiny: The greater the stellar mass, the brighter a star is and the shorter it lives. Most stars that are visible from Earth with the naked eye are blue-white stars that burn out in as little as 1 billion years, far too short to support the development of life. The stars nearest to Earth are mostly red dwarves that have long lifespans but comparatively low energy, which would require planets to be dangerously close in order to derive sufficient heat. A yellow dwarf star similar to our own can be expected to last about 10 billion years.

When evaluating exoplanets as candidates for life, Dr. Lisse explained that an orbit within the “habitable zone” is necessary but not sufficient for the development of life. Factors such as the planet’s orbital characteristics, tectonic activity, and atmosphere are also critical. Earth would have frozen solid but for volcanic activity staving off a permanent ice age. Mars lost most of its atmosphere to solar wind and slowly froze. On Venus, a runaway greenhouse effect has taken its surface temperatures far outside what is suitable for life and what would be expected based on its orbit alone. Dr. Lisse noted that the management of atmospheric CO2 remains critical to the continuation of life on Earth.

The Earth has benefitted from an extraordinary series of circumstances conducive to the existence of liquid water, and the origin and continuation of life, including: being the right distance from a star of suitable mass, having a Jupiter-like neighbor to scour the orbit clear of comets, a fortuitous impact by an asteroid or comet that brought water and organic materials, and a molten core that provides both a protective magnetic field and seabed hydrothermal vents that likely provided the conditions for early life.

Once life has formed, Dr. Lisse noted that it takes many and varying forms, most of which have gone extinct due to identifiable impact events. By sheer longevity, dinosaurs remain the most successful species on the planet, having lasted for 120 million years. By mass, bacteria are the most successful, individually and as part of symbiotic systems, which include us. In all its forms, however, we have only ever found life where liquid water was present.

Thus, if we were to detect an Earth-mass exoplanet orbiting a star similar to our own, the next question would be whether it has biomarkers, first and foremost water. Dr. Lisse explained that one promising method is to look for blue light spectra consistent with water, or a “red edge” resulting from the absorption of red wavelengths by green plants.

Dr. Lisse addressed the Fermi Paradox, which juxtaposes the likely abundance of intelligent life in the universe with the lack of evidence for it thus far. Dr. Lisse posited that Earth may be the first planet to develop intelligent life, or that intelligent life may have investigated our solar system billions of years ago and found no signs of life. Alternatively, the vastness of space may mean that evidence of peer civilizations simply has not had time to reach us. He noted that the nearest stars to us are only 3 billion years old, meaning that any nearby life is likely “blue green, squishy, and not very good conversation.”

One questioner asked about the “alien architecture” stars recently detected by astronomers, which display substantial intermittent dimming that is inconsistent with known solar system objects. Dr. Lisse explained that observations of the star did not show any reemission of solar energy as thermal radiation that would expected in the case of a Dyson Sphere. Dr. Lisse hypothesized that a better explanation for the available data would be debris from a massive comet or intervening interstellar matter.

Another questioner asked about the TESS telescope, planned for launch in December 2017. TESS will observe nearby M and K class stars for photometric changes associated with transits by large exoplanets. Promising candidates will be more closely observed by the James Webb Space Telescope when it launches in 2018. Alpha Centauri A will be among the first stars imaged by TESS, in hopes of finding an Earth-like planet in our nearest neighboring star system.