The 2,404th Meeting of the Society

Earth-orbiting satellites have revolutionized the understanding of Earth’s coupled ocean-land-atmosphere system.  They have advanced numerical weather prediction and enabled a quantitative understanding of climate processes.  The speaker will review our unprecedented understanding of the Earth system made possible by satellite geophysical observations, contrast current climate with that of the Cretaceous Period, show the importance of plate tectonics to the Milankovitch Cycles, and show our trajectory is headed back to a Cretaceous-like climate. 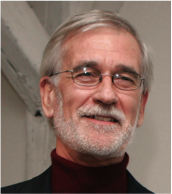 Compton J. Tucker is NASA Scientist in the Earth Sciences Division at NASA’s Goddard Space Flight Center.  He also is an Adjunct Professor at the University of Maryland and Consulting Scholar with the University of Pennsylvania’s Museum of Archaeology and Anthropology.

Compton specializes in studying the earth with satellite data.  He was among the first researchers to employ coarse-resolution satellite data and satellite data time series to study global photosynthesis on land.  He pioneered their use to measure vegetative land cover, monitor droughts, provide famine early warnings, predict ecologically-coupled disease outbreaks, and document increased photosynthesis at higher northern latitudes resulting from warmer temperatures.  He also pioneered the use of very large Landsat datasets to study forest conditions, and to measure deforestation, and forest fragmentation in temperate, subtropical, and tropical forests. And he has used satellite data to study tropical glaciers in the Andes and temperate glaciers in Asia Minor.  In addition to working with satellite data, he has extensive experience conducting geophysical archaeological surveys at Troy, Granicus, and Gordion in Turkey.

Among other honors, Compton has been awarded NASA’s Exceptional Scientific Achievement Medal; the Henry Shaw Medal from the Missouri Botanical Garden; the National Air and Space Museum Trophy for Current Achievement; the William Nordberg Memorial Award for Earth Science; the William T. Pecora Award from the U.S. Geological Survey; the Galathea Medal from the Royal Danish Geographical Society; and the Vega Medal from the Svenska Sällskapet för Antropologi och Geografi.  He is a Fellow of the American Geophysical Union and a Fellow of the American Association for the Advancement of Science.

Compton earned an MS and PhD in Forest Science at Colorado State University.

On February 22, 2019, in the John Wesley Powell Auditorium of the Cosmos Club in Washington, D.C., President Larry Millstein called the 2,403rd meeting of the Society to order at 8:03 p.m. He announced the order of business, that the evening’s lecture would be livestreamed on the internet, and welcomed new members to the Society. The minutes of the previous meeting were then read and approved.

President Millstein then introduced the speaker for the evening, Compton Tucker, Senior Scientist in the Earth Sciences Division at NASA. His lecture was titled, “Satellites, Dinosaurs, Milankovitch Cycles, and Cretaceous Earth.”

In 1958, while at the Scripps Institute of Oceanography, Charles David Keeling first measured the carbon dioxide concentration at the top of the volcano at Mauna Loa, Hawai’i, not knowing what he would learn. Tucker recounted that Keeling told him he believed his initial measurements were in error, until he realized his data showed a seasonal cycle arising from the complex dynamics of natural photosynthesis and human use of fossil fuels. Others have continued Keeling’s dataset, now known as the Keeling Curve, and today is it used as evidence of seasonal cycles of atmospheric CO2 concentration and an overall increase in that concentration from approximately 300 ppm in 1958, to over 400 ppm today.

In 2011, Ray Stanford discovered a collection of preserved upper-cretaceous period dinosaur tracks near the Goddard Space Flight Center. NASA instructed Tucker to survey the area with ground-penetrating radar, revealing a sandstone slab approximately one by three meters long with numerous dinosaur tracks. Tucker then recounted Stanford’s subsequent identification of over 80 different dinosaur tracks on the slab in what they now call the Rosetta Stone of the Cretaceous.

When the slab was created some 110 million years ago, Tucker said CO2 levels were approximately 1,000 ppm versus 410 ppm today. There were no ice caps and the sea level was approximately 300 feet higher. And, the average surface temperature was approximately 80℉ compared to 59℉ today.

Approximately 110 million years ago, the landmass that is now India collided with the Asian plate, creating the Himalayan mountains and silicate weathering which resulted in the incorporation of CO2 into carbonate, which then washed into the sea. Tucker said this event caused global surface temperature to drop in correlation with the drop in atmospheric CO2 levels. He said atmospheric CO2 levels were approximately 450 ppm when the Antarctic ice sheet developed, and 400 ppm when the Greenland ice sheet started.

In the 1920s, geophysicist and astronomer Milutin Milanković theorized that the variations in eccentricity, axial tilt, and precession of the Earth’s orbit led to interglacial cycles.

Tucker said ice cores are fundamental to understanding paleoclimate because they contain continuous CO2 level, methane, and temperature evidence. Scientists have obtained ice core data from Antarctica dating to 440,000 and 800,00 years old, and from Greenland dating to 120,000 years old. These ice cores show CO2 level, methane, and temperature rising and falling together, confirming Milanković’s cycles and dating them to beginning 1 to 2 million years ago when atmospheric CO2 levels reached 180-280 ppm. Milanković cycles were further confirmed through Norden Huang’s decomposition reconstruction method, which Tucker described in detail.

Tucker said temperature models comparing Venus, Earth, and Mars show that Earth’s atmosphere keeps the planet at a habitable temperature rather than extremely hot like Venus or extremely cold like Mars. He then said the Keeling Curve and other evidence of historical CO2 levels show that recent CO2 increases are caused by human activity. Tucker then described numerous data sets that he said unambiguously agree that Earth’s surface temperature is increasing.

Satellites measure total solar irradiance above the Earth’s atmosphere. Different instruments have produced different measurements. Solar physicists have reconciled the data and it shows a benign and constant sun. Tucker said this solar irradiance data means the causes for surface temperature increases are terrestrial and not solar.

The Gravity Recovery and Climate Experiment (GRACE) is a NASA satellite experiment to directly compute the variations in Earth’s gravity field from the changing range between two satellites. GRACE’s gravity data allows direct mass measurement, and has shown downward trends in ice mass loss in Greenland and in Antarctica since 2002. GRACE’s gravity data correlates with sea level increase data.

Sea ice measurements since 1980 show Arctic sea ice decreasing at the same time Antarctic sea ice is increasing. Tucker said the difference is explained because Antarctica is surrounded by oceans whereas the Arctic is an ocean surrounded by continents. Heat is therefore able to escape into the ocean around the Antarctic, but not in the Arctic. Tucker said the Artic exists in a feedback mechanism that does not allow it to cool.

Tucker said that the available data shows the Earth returning to cretaceous period atmospheric carbon levels, and therefore cretaceous period sea level and temperature levels. While the impacts of this global warning are becoming increasingly clear, Tucker cautioned that any attempts to mitigate these changes must address ocean temperature and CO2 levels.