The 2,310th Meeting of the Society

The Human Role in Earth Evolution

Will the Anthropocene be an Event, An Era or a Transition?

Library of Congress Chair of Astrobiology

This lecture will examine the history of planetary change as we know it from studies of the earth and other planets, particularly the highly dramatic changes that occur during planetary evolution. The lecture will offer a taxonomy of these catastrophic changes and examine their etiology. It will highlight the role of biological phenomena in some of these catastrophic changes in the earth’s past and examine the possible effects of human activities on the evolution of such changes. Finally, the lecture will consider the implications of catastrophes in planetary evolution for the prospects of advanced life elsewhere in the universe. 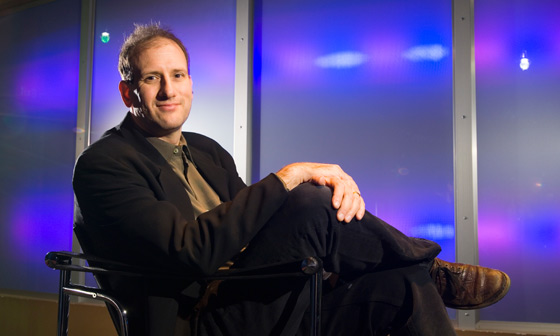 DAVID GRINSPOON studies the prospects for life on other planets. He is Curator of Astrobiology at the Denver Museum of Nature & Science, Adjunct Professor of Astrophysical and Planetary Science at the University of Colorado, and currently holds the first appointment as the Library of Congress Chair of Astrobiology. He is a long time advisor to NASA, currently is Co-Investigator for the Radiation Assessment Detector on the Curiosity Rover, and he serves as Interdisciplinary Scientist on ESA’s Venus Express. He also is Contributing Editor and writes the “Cosmic Relief” column for Sky & Telescope. His technical papers have been published in Nature, Science and numerous other publications. He is the author of several books, writes often for the press and generalist periodicals, including the Boston Globe, NY Times, LA Times, Scientific American, Natural History, The Sciences, Slate and Seed, and he has appeared widely on radio and television. He is the recipient of the Carl Sagan Medal of the American Astronomical Society and his books have won a number of awards, including the PEN Center award for non-fiction.

President John Ingersoll called the 2,310th meeting to order at 8:35 pm January 4, 2012 in the Powell Auditorium of the Cosmos Club. Mr. Ingersoll announced the order of business and introduced one new member of the Society, the speaker of the evening.

The minutes of the 2,309th meeting were read and approved.

Mr. Ingersoll then introduced the speaker, Mr. David Grinspoon of the Library of Congress. Mr. Grinspoon spoke on "The Human Role in Earth Evolution: Will the Anthropocene be an Event, An Era or a Transition?"

Mr. Grinspoon began by discussing how the anthropocene can be considered the geological era defined by human activities on the Earth. In attempting to take an astrobiologist's view of the subject, since all currently known life is on earth, he focuses on the study of the earth, life's history and requirements, and the growing knowledge of other environments in the universe. He explained that fifty years of planetary exploration have provided valuable perspective on how our own planet functioned through history. Early measurements of Venus and Mars were disappointing in their implications for the habitability of other planets, but humanity has since discovered a bewildering variety of environments in the solar system as well as unexpected earth environments that support life. An interwoven narrative of pessimism and optimism has ebbed and flowed for half a century, recent evidence of many other planets beyond our own solar system has vastly increased general optimism for finding life elsewhere, he said.

Mr. Grinspoon described how about four and a half billion years ago, the earth and its sibling planets formed out of a massive cloud of gas and dust around the young sun. The process of planetary accretion happened relatively fast, he said, the last stage taking only tens of millions of years. A hypothetical observer of the earth would see very little activity until recently, when the night side of earth rapidly developed strange patterns of glowing lights. That observer would have to admit there is something unprecedented happening on our planet, some people consider it a new epoch of geological time called the anthropocene. The term can be traced to the late 1800s, but has been recently revived with a sense of urgency as humanity realizes we are starting to live with consequences of this era's changes.

Mr. Grinspoon explained that comparative planetology can provide critical context. By examining the kinds of changes that happen on planets we compare ourselves as agents as change, he said. When discussing terrestrial planets with sizable atmospheres, Venus, Earth, and Mars stand out as a set. Mr. Grinspoon's research has been to compare the climate history of these three planets. We know all the planets share common history and had similar early environments, he said. Mars had a generally habitable environment, with evidence of surface water in the far past. The mysterious transformation from an earth-like place to its current state was a type of climate catastrophe. Similarly, Venus is very slightly smaller than earth and we know of no other pair of planets that are as similar in size and known to be made of roughly the same bulk materials. The twin planets have developed in radically different directions, as Venus also suffered some kind of climate catastrophe. We believe it was too close to the inner edge of the habitable zone and as the sun increased in temperature there was a powerful positive feedback process causing a runaway greenhouse effect. As the feedback dominated the environment, the water evaporated, and the hydrogen was irreversibly lost to space as ultraviolet light broke up the steam in the atmosphere.

Mr. Grinspoon explained that since both of our neighboring planets started out earth-like and suffered a catastrophe, we cannot take for granted that an earth-like climate will last forever. He believes that what stands out is not that Venus and Mars are different but that Earth is unexpectedly and remarkably stable over its entire history. A possible mechanism for regulating the surface temperature to liquid water ranges is the carbonate-silicate cycle. This cycle regulates the amount of CO2 in the atmosphere by balancing sources such as volcanoes and sinks such as weathering. CO2 in rainfall reacts with calcium-silicate rocks and ultimately creates carbonate rocks that are eventually deposited on the sea floor. These carbonate rocks are eventually subducted due to plate tectonics, decomposed within the earth, the CO2 re-emerges due to volcanic activity. The cycle also acts as a thermostat because the weathering process is very temperature sensitive, so in hotter climates the weathering reaction is much faster. Interestingly, early mars and venus had similar processes that broke down in different ways, he said. Venus lost all its water, so it could no longer maintain weathering reactions. Mars is a much smaller planet with less internal heat, so volcanic activity stopped early in its history and its main source of CO2 was lost.

Mr. Grinspoon stated that, after the origin of life on Earth, biology became integral in the functioning of the planet. The extent to which Earth is under the grip of the phenomena of life is remarkable, with complex feedback systems. Very recently, Earth has been under the global influence of humanity, referred to as the anthropocene. Mr. Grinspoon proposed a taxonomy of planetary changes, each characterized by a different relationship with natural life.

Natural disasters, he said, potentially happen to any planet, whether containing life or not. This category includes asteroid impacts and massive volcanic activity, such as the dramatic asteroid event that famously killed the dinosaurs and left a centimeter thick layer of ash and dust in the strata.

Biologically induced changes occur when species have multiplied so fast they have radically changed the earth, he said. The oxygenation of the earth's atmosphere when photosynthesis became a major contributor to the earth's atmosphere is a famous example. The sudden increase in atmospheric oxygen was unfavorable to much of life at the time, possibly the most extreme chemical transition in the history of earth, causing a huge climate disaster that was eventually offset by volcanoes and the warming sun.

Inadvertent changes occur when a clever species is inventing technologies that act on a global scale but not in a planned manner, he said. Examples include carbon dioxide levels, loss of sea ice, and ozone destruction. Mr. Grinspoon believes these changes will occur on any planet with successful intelligent life.

Intentional changes can be described with the same example of ozone destruction. Humanity recognized the cause and took international collaborative steps to counter it, now successfully on track to fix the ozone hole by about 2050. Another possible example is the current global discussion about climate change and the possibility of someday terraforming mars. The mere discussion of these topics in a serious manner is indicative of our growing planetary scale understanding. Mr. Grinspoon believes that, left to its own devices, Earth will inevitably go the way of Venus amd ultimately we will have to control that process if we are interested in long term survival.

Mr. Grinspoon believes that either there will be a brief phase of inadvertent changes beyond which civilization will cease to exist or there will be an ability and decision to move towards a phase of intentional change. Therefore, will the anthropocene be an event or an epoch? This may be the the beginning of a long term transition but at a bottleneck, where either we will survive and transform into having intentional control of our planet or we will not. He believes this bifurcation of possibilities is something that every planet with a technological species will face. If we reconsider the Drake equation in light of this bifurcation concept, he said, the average lifetime of civilizations is not a smooth distribution but is instead made up of very short-lived civilizations and effectively immortal civilizations. Even assuming most civilizations are doomed, if a very small finite percentage is effectively immortal then there may still be a slow increase in life across the universe.

Mr. Grinspoon concluded by discussing the metaphors used to describe humanity's interaction with the earth. Instead of focusing on the negative metaphors like "cancer" or "virus", which are not useless but also not constructive, he believes we should think of Earth as a generation ship that we do not yet understand how to pilot, but soon will have to do so. We find ourselves suddenly managing a planet, without a manual, whether we want to or not.

A question concerned how the possible future discovery of extraterrestrial life might change our perspective on planetary management. Mr. Grinspoon believes that finding life elsewhere will reinforce a general perspective of life as not uncommon, that even discovering simple life vastly increases the optimism of finding complex life some day. He believes that simply knowing we had brethren of some kind would motivate us to be better citizens of the cosmos.

Someone asked about whether the number of civilizations must necessarily increase. Mr. Grinspoon acknowledged that this was certainly possible due to effects such as slow resource depletion and hostile encounters with other civilizations.