The 2,292nd Meeting of the Society

Trading at the Speed of Light

The recent past has seen the complete transformation of financial exchanges from paper to electronics, and from largely human initiated trades to trades initiated by the automated operation of predictive models on variegated market data. It has also seen the integration of trading systems across national and other legal boundaries into a global, non-stop financial trading web. A substantial and growing volume of worldwide trading activity now is determined by Quantitative Finance (“QF”), which incentivizes the modeling of human group behavior to efficiently allocate capital. The distributed computation and communication capabilities of QF have become an integral part of the trading web and constitute a likely field for the emergence of artificial intelligence on a par in many respects with that of humans. This talk will discuss the brief history of electronic trading and Quantitative Finance, discuss the current architectures of the worldwide trading web, and explore the potential role of high-frequency financial trading as a catalyst for the emergence of computational intelligence that not only is faster than human minds but also, physically, orders of magnitude larger (i.e., spanning the entire planet). 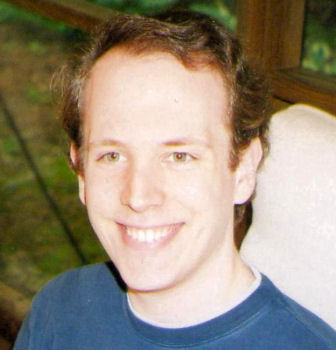 DR. ALEXANDER D. WISSNER-GROSS is a Research Affiliate at the MIT Media Laboratory. He has received 102 major distinctions, authored 14 publications, is an inventor in 9 issued, pending, and provisional patents and patent applications and founded, managed, and advised 5 technology companies. In 1998, he won the U.S.A. Computer Olympiad and represented the U.S. at the International Olympiad in Informatics. In 2003, he became the last person in MIT history to receive a triple major, with bachelors in Physics, Electrical Science and Engineering, and Mathematics, while graduating first in his class from the MIT School of Engineering. In 2007, he completed his Ph.D. in Physics at Harvard University, where his research on smart matter, pervasive computing, and machine learning was awarded the Hertz Doctoral Thesis Prize. Following his Ph.D. he was named a Ziff Fellow in Computer Science at Harvard University. His work has been featured in Technology Review, Business Week, Scientific American, The New York Times, and The Wall Street Journal. Further information is available at www.alexwg.org.

President Robin Taylor called the 2,292nd meeting to order at 8:19 pm December 2, 2011 in the Powell Auditorium of the Cosmos Club. Ms. Taylor thanked the Policy Studies Organization for their sponsorship of the meeting's lecture. Ms. Taylor announced the order of business and introduced one new member of the Society, the speaker of the evening.

The minutes of the 2,291st meeting were read and approved.

Ms. Taylor then introduced the speaker, Mr. Alexander Wissner-Gross of the Massachusetts Institute of Technology. Mr. Wissner-Gross, a Research Affiliate at the MIT Media Laboratory, spoke on "Trading at the Speed of Light: Electronic Exchanges, Computational Trading and Artificial Intelligence in Financial Markets."

Mr. Wissner-Gross believes the first superhuman artificial intelligence (AI) is most likely to emerge in the field of quantitative finance or quantitative advertising. Both fields have a strong financial incentive to model human minds and he explained that a perfect financial system would have a model of large scale human group behavior to efficiently allocate capital before demand even exists and a perfect advertising system would have a model of an individual human mind to reverse engineer consumer preferences and help demand efficiently meet supply. He believes that artificial intelligence research has moved past the "AI Winter" of the 1990s and is now delivering promising results at both the consumer and enterprise levels.

Mr. Wissner-Gross explained that financial markets are now dominated by robots and noted there has been a steady increase in the popularity of algorithmic trading such that robots make up the majority of trading volume in a number of major world markets. These robots do not sleep and constantly look for trends in the market, operating at very different, almost alien, physical parameters than humans. They are able to work on millisecond time scales and are geographically distributed around the world, which has led to the consolidation of exchanges due to the benefits associated with localizing transactions. He explained that it is critical to minimize the time taken for information to propagate from the market to you and back again, reacting to market changes as rapidly as possible. Therefore, quantitative finance is driving the development of a high-speed communications fabric around the planet and is a virtual Petri dish for planetary scale computing and networking research.

In a 2009 paper, Mr. Wissner-Gross and a colleague showed that it is possible to achieve better effective latencies by considering trading as a spacetime process and locating the geographically perfect position to place a server designed to localize the coordination process. He explained that finance no longer respects the concept of absolute physical simultaneity and the timescales for market structure are short compared to the time for light to travel around the planet. In general, it is possible to find a ratio of prices on either side of a statistical arbitrage process to maximize profit at the time of execution and represent that solution in terms of latency. It is possible to find all the geographically optimal locations for coordinating trading with the largest equities exchanges, with some simplifying assumptions. Mr. Wissner-Gross noted that, currently, the most financially valuable land is in close proximity to the major exchanges, but you do not have to be proximal to where the trade is happening as long as you are near one of these optimal coordination locations.

Mr. Wissner-Gross concluded his talk by summarizing the potential development of a superhuman AI, where existing AIs are pushed into the financial space and latency mitigation measures are incentivized. The resulting distribution of computational ability in a planetary scale infrastructure, operating at timescales faster than human thought and at a physical scale much larger than any human, requires regulation at the interface between the physical and digital worlds. He then described, using analogies with existing or proposed quantitative finance regulatory systems, possible methods of preventing AIs from negatively decoupling from our economy and civilization. These methods include source code audits, artificially leveled trading environments, registration of AIs and their human maintainers with the government, and a centralized ability to record AI activity and to cut, throttle, or tax AI connections to the outside world. In the context of quantitative finance, he believes we may already effectively be seeing the first wave of AI regulation.

After the question and answer period, Ms. Taylor thanked the speaker, made the usual housekeeping announcements, and invited guests to apply for membership. The amendments to the Society bylaws, dated November 18, 2011, were adopted by the Society. At 9:44 pm, Ms. Taylor adjourned the 2,292nd meeting to the social hour.