The 2,402nd Meeting of the Society

Sensors play a crucial and increasingly pervasive role in health care. For the most part, medical sensors – from imaging devices such as CAT scanners and MRI imagers to blood pressure and heart rate monitors – are not suitable for continuous long term monitoring of patients going about their normal routines. The limitation of these devices to monitoring patients only in health care facilities constrains their utility and limits our ability to understand physiological parameters of normal health and disease.

This lecture will discuss the development of wearable electronic biosensors that overcome many of these limitations. These devices can monitor vitals such as temperature and heart rate during normal activity and wirelessly transmit the results to recording devices for further analysis, including smart phones.

One application for wearable sensors is monitoring gastrointestinal (GI) functions, a focus of development efforts in the speaker’s laboratory. GI problems are the second leading reason people in the US miss work or school, and GI problems represent 10% of the reasons patients in the US visit primary care providers. It is estimated the annual US price tag for managing GI problems is a staggering $251,000,000,000 (251 billion dollars!).

Improving outcomes and reducing the costs of care for GI problems requires advances in assessing GI function and sharing this information across the numerous care providers required to ensure prompt and effective treatment. And it will entail alternatives to invasive procedures and subjective symptom-based questionnaires.

This lecture will describe an array of electrical sensors that can be worn on the abdomen of ambulatory patients and produces a dynamic “EKG of the digestive system” as the patient goes about their normal routine. Tests carried out by the speaker and his collaborators show that data from the sensor array, when properly processed, provide descriptions of GI function that not only are consistent with invasive measures and patient-reported symptoms, but also are more detailed, data rich and more representative of a patient’s GI function.

This lecture will describe how the ability to associate patterns seen in the array data with meals, symptoms, and other cardinal events creates opportunities to perform machine learning on very large datasets to accelerate identification of the causes of problems and optimize care delivery. Finally, the lecture will discuss how innovations of this type in the GI space will enable objective and dynamic assessments of the inter-relationships between diet, stress, sleep, and digestion for population health. 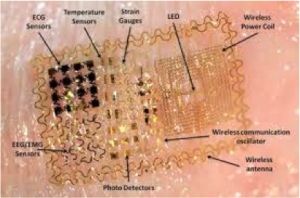 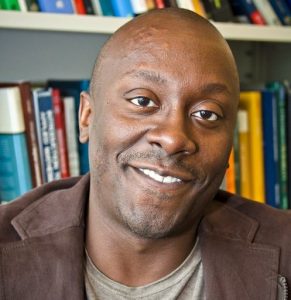 Todd’s research aims to use tools from information theory, neuroscience, machine learning and bioelectronics to understand – and control – interacting systems with biological and computer parts. He is working to develop multi-functional, flexible bio-electronics that will enable wireless health monitoring appliances that are minimally observable to the user. Todd’s research draws on a variety of disciplines and employ tools from applied probability, physiology, and bio-electronics.

Todd is an author on numerous scientific publications. And he is very active in communicating science to general audiences. His work has been featured on CNN, BBC, and in the New York Times.

Among other honors, Todd has been a National Academy of Engineering Gilbreth Lecturer and a TEDMED speaker. He is a Fellow of the American Institute for Medical and Biological Engineering.

On January 25, 2019, President Larry Millstein called the 2,402nd meeting of the Society to order at 8:02 p.m. in the John Wesley Powell Auditorium of the Cosmos Club in Washington, D.C. He announced the order of business, that the evening’s lecture would be livestreamed on the internet, and welcomed new members to the Society. The minutes of the previous meeting were then read and approved.

President Millstein then introduced the speaker for the evening, Todd Coleman, Professor of Bioengineering and Director of the Neural Interaction Laboratory at the University of California at San Diego. His lecture was titled, “Wearable Biosensors.”

Coleman said his work lies at the intersection of analytics, neuroscience, and technology development. His team develops devices that sense biological activity with high accuracy and minimal disruption.

In 2011, Coleman worked with doctors and nurses from the UCSD neonatal intensive care unit. He learned they needed to constantly monitor infants’ body temperatures, but that doing so was stressful to the infant and disruptive to infant/mother bonding. Coleman’s team addressed that problem by creating a temperature sensor that adheres to an infant’s skin and could be wirelessly read without disturbing the infant. Coleman’s team later adapted that technology to create ECG and EEG sensors.

More recently, Coleman has worked to create sensors to monitor electrical activity in the human digestive system to diagnose gastroenterological problems, an idea developed and discarded as unfruitful in the 1980s. Coleman reviewed that early research, developments in gastroenterology, and concluded that his team could engineer away the limitations of the early studies. Coleman’s technique proved accurate to the measures of invasive procedures currently used to diagnose certain problems.

Coleman’s team has since developed a wearable EGG system for 24-hour ambulatory monitoring. This technology will allow doctors to identify problems that do not necessarily correlate to symptom severity and that do not present themselves during the time-limited window of a patient’s appointment.

Temperature: 1°C
Weather: Clear
Attendance in the Powell Auditorium: 96
Viewing Through the Live Stream on the PSW Science YouTube Channel: 18