The 2,275th Meeting of the Society

Dreamer of Space, Engineer of War

Wernher von Braun is probably the most famous and controversial rocket engineer of all time. In his lecture, Michael Neufeld discusses von Braun’s biography, both his outstanding accomplishments as an engineering manager and space visionary in Germany and the U.S., and the Faustian bargain he made with the Third Reich, which led him to become a party member, SS officer and decision-maker in the exploitation of concentration-camp labor. It was a bargain that haunted him even later in his charmed life, when aspects of his Nazi past began to resurface. Of those who remember him today, most would like to pigeonhole him simply as a villain or a hero. In fact, he is a fascinating and disturbing combination of both, and his career says much about the roles and temptations of engineers and scientists in the twentieth century. 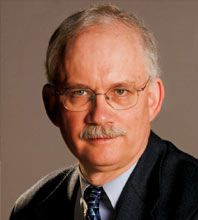 MICHAEL J. NEUFELD is Chair of the Space History Division of the National Air and Space Museum, Smithsonian Institution. He has four history degrees, including a PhD from Johns Hopkins University in 1984. Dr. Neufeld has written three books, The Skilled Metalworkers of Nuremberg (1989), The Rocket and the Reich (1995), which won two book prizes, and Von Braun (2007), which has won three awards, and has edited three others. He has appeared on numerous television and radio programs, notably on the History Channel, C-SPAN, PBS and NPR, as well as the BBC, the German ZDF and other foreign outlets.

President Robin Taylor called the 2,275th meeting to order at 8:29 pm November 19, 2010 in the Powell Auditorium of the Cosmos Club.

Mr. Neufeld began with a song. “Wernher von Braun,” a song from 1965 by the mathematician-singer-songwriter-pianist, Tom Lehrer, made musical points of von Braun’s ambiguous history and expedient choices. The song, while it showed how famous von Braun was in 1965, also brought out something that bothered people – von Braun’s Nazi past.

Mr. Neufeld’s thesis was that von Braun was seized early and driven throughout life by a dream – to fly into space, and even to land on the Moon himself. The dream drove him into a Faustian bargain with the Third Reich. His qualifying talent was a genius for leading large projects. The dream led him through two extraordinary careers, first in the Third Reich and then in the United States.

A picture of a very young von Braun showed a cute, little, blond boy in front of a home with 11 windows across the top floor and rooms about 12 feet high. He was a child of the Prussian aristocracy and a baron himself.

At 13, he was sent to a boarding school because he was bad at science and math. About then, his mother gave him a telescope and he found a passion for astronomy. A book about space rocketry engaged him; he took up science and math seriously, and he became a late prodigy.

In 1933, he was a 20-year-old engineering student. He was recruited by the German army to enlist and do a Ph.D. on rocketry. The Ph.D. was the only university degree he ever earned. A picture from that time shows von Braun in back and Hitler in front with Karl Becker. Becker was the main advocate of development of rockets as weapons, an unusual idea at the time.

At 25, he was technical director of a team of 500 people. At age 30, he directed 6000. At 30, he also wore a Nazi party badge. His attitude about the Nazi party then isn’t known, but whatever it was, he was a loyal servant of the Third Reich. He was glad to be working for the army, with its well-funded rocketry program.

The V2 rocket the army developed was an extraordinary thing. It was 42 feet high. Von Braun’s team had solved the problem of directional stability. Most rockets then were small, with a few hundred pounds of thrust, and flew erratically.

He was recruited by the SS. In time, he joined. He was moved by the argument that it would be good for the rocket program.

The V2 program began to use concentration camp labor in the spring of 1943. In the fall, von Braun became involved in it.

After British air attacks on the V2 complex, it was moved underground. Conditions were horrible. Six thousand prisoners died in six months. Von Braun personally requested skilled prison labor from the director of the Buchenwald camp. How much control von Braun could have exercised over these things is not known. There is an example of von Braun trying to help one prisoner, and the V2 camp was better than the other prisoner camps.

Von Braun was briefly arrested by the Gestapo and jailed for ten days. He felt this was retaliation for resisting joining the SS. He was released because of his importance to the rocket program. After that he was more deferential to the SS and wore his SS uniform more often.

At the end of the war, he wanted to surrender to American forces. By luck, he was able to do so.

He was taken to Fort Bliss in Texas to work on an effort to bring German scientists to the U.S. to support military efforts to help defeat Japan. However, after the sudden fall of Japan, the program continued.

Von Braun was initially elated by the opportunity, but after a few years, he became dispirited. The mood in the U.S. did not favor military developments.

At age 35, in 1947, he flew back to Germany to marry his 18-year-old cousin. He was escorted by military police. He was a quasi-prisoner, his superiors were worried about a Soviet kidnaping.

To stimulate interest in space travel, he wrote a book about landing on Mars. The book was built around a proposal he wrote for a similar effort. It was “pretty awful,” Mr. Neuberg said. It was rejected by 18 publishers.

When the Russians put the Sputnik in orbit in 1957, American interest in space, led by Eisenhower, caught fire. Von Braun’s career caught fire with it. A series of Russian “firsts” fanned the flames, first satellite, first dog, first man in orbit, first to hit the moon, first to send a craft around the moon. Regaining the lead in space were important to Eisenhower, Kennedy, and Johnson. After a failed rocket launch in late ‘57, Eisenhower turned the job over to the army, and von Braun once again led a great rocket program as he followed his dream.

In 1960, there was a movie called, “I Aim at the Stars,” ostensibly the words of von Braun. Today, the movie is best remembered for Mort Sahl’s comment that it should have been subtitled, “But sometimes I hit London.”

His only responsibility was the rockets. There was a series of them, ending with the Saturn V. It was a giant, with a height of 363 feet and 7.5 million pounds of thrust.

The moon program followed the Cuban Bay of Pigs invasion. Kennedy was looking for a visible way to restore the country’s prestige. “A man on the moon, and returning(ing) him safely to earth,” was the way. There was a picture of von Braun with Kennedy a few days before Kennedy was assassinated.

The moon landing in 1969 was the apogee of von Braun’s career. The only disappointment was that he did not go himself.

In 1970, he came to Washington to be a salesman and planner for NASA. He was not very happy at this; he missed the excitement and challenge. Increasing awareness of his Nazi past meant he could not hold a prestigious office such as NASA Administrator. When the subject of the atrocities came up, he always expressed regret but never responsibility.

In 1972, he left NASA and went to Fairchild, in Germantown. He seemed happier there. He liked hardware much better than paper.

The major accomplishments of his life were:

the V2
selling the American public on space travel
putting a person in space
landing humans on the moon
The first question was, “Was von Braun the one who designed the Saturn V? “You have to picture him as the head of an organization of thousands of people,” Mr. Neufeld said. He was an engineering manager, and that was what his real talent was.

Another question was, was von Braun’s service to the Nazi party a Faustian bargain? Was it a conscious decision, like Faust’s? Not at first, Mr. Neufeld thought. He may well have sort of sleepwalked into it. But by 1940, he must have realized that it was a Faustian bargain. Then it was clear that he had to pay the price. Given very limited choices, he chose to identify himself as a Nazi. He became an SS officer. He did not want concentration camp labor, but he was told he had to do it that way.

After the address, Ms. Taylor thanked our speaker, welcomed him to membership in the Society, and presented a plaque commemorating the occasion.

The minutes of the 2,274th meeting were read and approved after a brief discussion.

Ms. Taylor made some administrative announcements. She encouraged visitors to consider membership and introduced the new membership chairman, Eric Epstein. She announced the next meeting. She delivered an invitation to Society members from the Policy Studies Organization to attend their Summit Meeting.