The 2,406th Meeting of the Society

The Dutch Republic in the Little Ice Age

Beginning in the thirteenth century, volcanic eruptions and falling solar activity cooled Earth’s climate and reshaped its patterns of oceanic and atmospheric circulation. It was the beginning of a “Little Ice Age” that would reach its chilliest point in the seventeenth century. “Climate historians” have argued that, in society after society, short and often interrupted growing seasons provoked harvest failures, outbreaks of epidemic disease, and ultimately violence on a grand scale.

Yet the precocious economy, unusual environment, and dynamic intellectual culture of the Dutch Republic in its seventeenth-century Golden Age allowed it to thrive as neighboring societies unraveled. The Little Ice Age presented not only challenges for Dutch citizens but also opportunities that they aggressively exploited in conducting commerce, waging war, and creating culture. The overall success of their Republic in coping with climate change offers lessons that we would be wise to heed today. 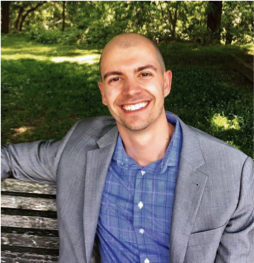 Dagomar Degroot is Assistant Professor of Environmental History at Georgetown University and Co-Director of the Climate History Network.

His work focuses on social responses to extreme environments and extreme environmental changes.  He leads teams of scientists, historians, and archaeologists in projects that unearth the resilience of diverse societies to pre-industrial climate changes and trace the history of shifting animal cultures in the Arctic.  He co-founded and co-directs the Climate History Network and the widely accessed HistoricalClimatology.com website.

His most recent publications focus on the historical relationships between climate change and conflict, especially in the far north.  His first book, The Frigid Golden Age, was named one of the ten best history books of 2018 by the Financial Times.   His second book, Civilization and the Cosmos,will explore how environmental changes across the solar system have influenced human history.

Dagomar has appeared widely in the popular media, including CNN, Axios, Popular Scienceand the Washington Post.

Dagomar earned his BA and MA at McMaster University and his PhD at York University.

On March 22, 2019, in the John Wesley Powell Auditorium of the Cosmos Club in Washington, D.C., President Larry Millstein called the 2,406th meeting of the Society to order at 8:02 p.m. He announced the order of business, that the evening’s lecture would be LiveStreamed on the internet, and welcomed new members to the Society.

President Millstein then introduced the speaker for the evening, Dagomar Degroot, Assistant Professor of Environmental History at Georgetown University. His lecture was titled “Climate Change and Cultural Adaptation: A Frigid Golden Age.”

The speaker began by noting that for more than a century, paleo-climatologists have scoured the globe for proxy sources of evidence of prehistoric climate change, such as is found in ice cores. Ice core particulates are evidence of geological events, he said, and the ratio of oxygen to hydrogen isotopes in them provide evidence of temperature.

Historians focusing on the Little Ice Age have argued that climactic cooling influenced patterns of atmospheric circulation and brought precipitation extremes from one region to another. They argue that these changes interrupted growing seasons, leading to harvest failures and food shortages. Resulting malnourishment led to disease epidemics, and violent conflict followed. According to one historian, there were more revolts and rebellions in the 1600s than ever before or after.

Working with scientists, Degroot reconstructed the climate history of the present-day Netherlands. He concluded that climate during the period of the Dutch Republic grew colder and stormier with each of the three cold waves of Little Ice Age.

Commercial records from the period of the three cold waves show the Dutch Republic was at risk of economic collapse. But, Degroot said, climate change created positive impacts that allowed the Dutch to persevere. For example, he noted that a high and low pressure zone called the North Atlantic Oscillation fluctuates in periods of climactic cooling and, in practical effect, produces more easterly winds in the North Atlantic, which were advantageous to the Dutch in the Anglo-Dutch Wars of the 1600s.

The second and third wars occurred during cooling waves, he pointed out. The then prevailing easterly winds gave the Dutch lines of ships an advantage in typical sea battles of the time against the opposing English lines, propelling the Dutch Navy to significantly more victories than the English. These victories saved the Dutch Republic from defeat and allowed it to become a global naval power.

The Dutch also adapted to climactic changes, he said. They Dutch built ice wagons that allowed them to speed commercial goods along frozen waterways. They built ice breakers to open waterways, and sold the resulting ice blocks. In response to severe storms that caused urban fires across Europe, the Dutch invented fire-fighting equipment that they then marketed across the continent. Dutch culture also adapted, creating winter festivals, markets, and sports, many on frozen rivers and lakes.

The Dutch were also increased their resilience as a Society by connecting population centers with redundant networks of canals and roads. They ate a diverse diet that minimized the impact of any one kind of weather. Cities maintained civic charity, which Degroot said insulated the urban poor from the food shortages that impacted other European populations during the same period.

Last, the Dutch were opportunistic. The Republic fed itself through the moedernegotie, or Mother of All Trades, in which Dutch merchants purchased bulk commodities from around the Baltic Sea in exchange for low volume high value goods from southern Europe. They stockpiled grain in good times and sold it high prices to other populations when the weather turned.

Degroot concluded by nothing that while the story of the Dutch Republic is instructive, there are limits to society’s ability to withstand more extreme climate change.

Degroot then took questions from the audience.

One member asked about the Little Ice Age’s effect on the Dutch Republic’s political influence. Degroot answered that the Dutch invasion of England in the Glorious Revolution of 1688 may have succeeded due to the strong easterly winds caused by climactic cooling.

A LiveStream viewer asked about the consequences of the deaths of indigenous peoples on the Little Ice Age. Degroot responded that a recent study asserts that depopulation of indigenous peoples in the Americas beginning in 1492, allowed tropical forests to boom and absorb carbon dioxide from the atmosphere. This period overlaps with the first cooling wave of the Little Ice Age.