The 2,430th Meeting of the Society 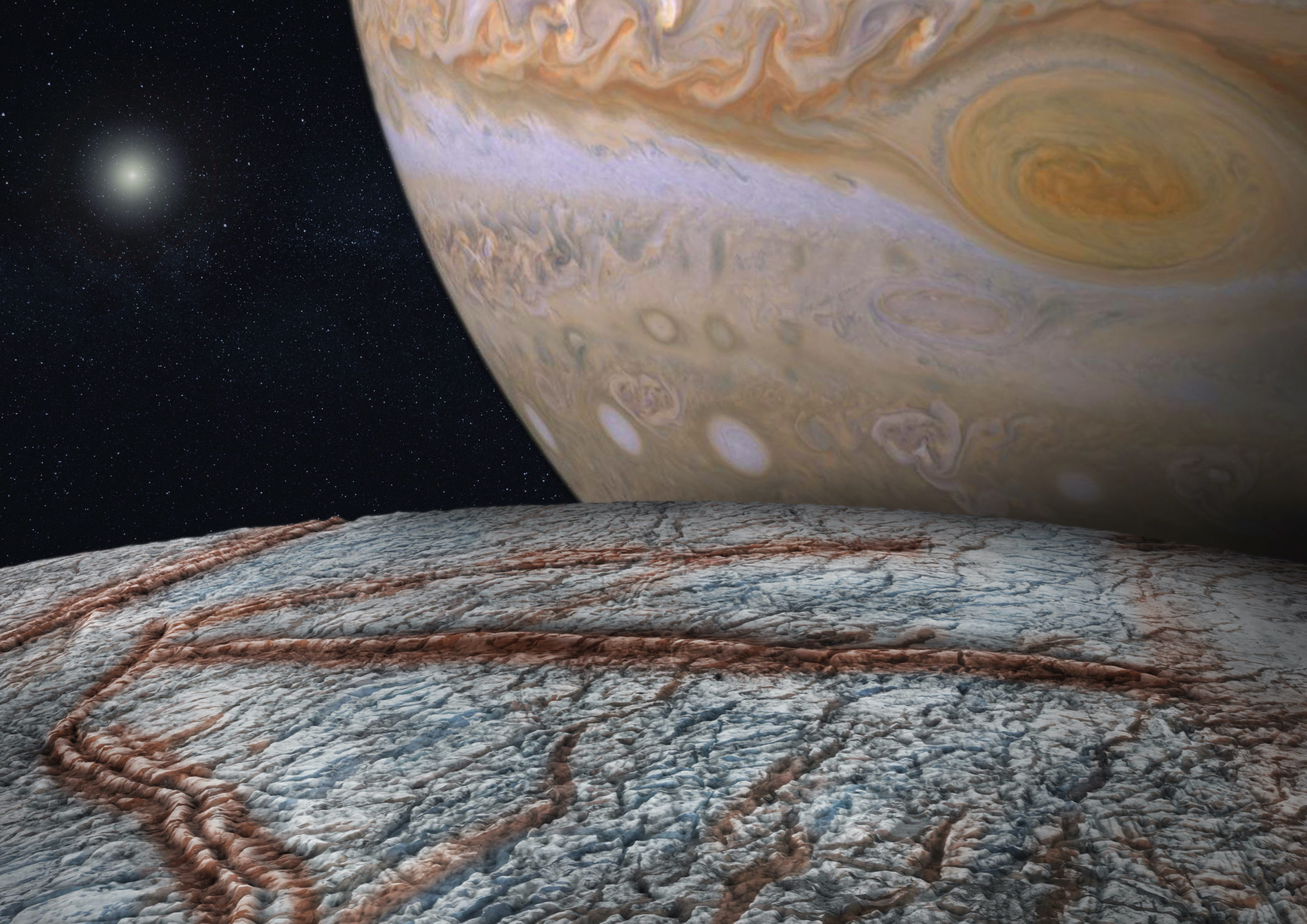 In 2004 NASA’s Cassini mission revealed the first evidence for an extra-terrestrial water ocean: a massive body of water lying beneath the ice surface of Saturn’s moon Enceladus. Since then scientists have gathered evidence that many other ice-crusted moons of the outer solar system harbor huge water reservoirs beneath their surfaces. Since the availability of water is considered an essential element for the development of life, these water-harboring moons are now top candidates in the search for extraterrestrial life.

ESA’s and NASA’s primary focus in exploring these icy moons is on Jupiter’s moon Europa. Due to the immense thickness of its ice surface – typically several kilometers – getting a robotic probe to the surface of Europa and then down through the surface poses daunting design and technical challenges. And beyond the tasks of reaching Europa and getting down through the ice, the probe must also be capable of exploring the ocean and getting the results of its exploration back to earth. One particular challenge is designing a probe that can operate in the extreme environment of space, core through solid ice and then “swim” in the cold water below. Meeting these challenges require merging engineering knowledge from the marine sciences and merging it with the design parameters and technologies for deep space missions.

The goal of Germany’s TRIPLE project is to develop a tri-partite deep space probe for exploring Europa’s oceans. The project involves developing three main hardware components: the IceShuttle, a basic technology carrier and fast melting probe; the nanoAUV, a miniaturized autonomous submersible vehicle for exploring and sampling Europa’s oceans; and AstroBioLab: a sample analysis platform with a particular goal of looking for signs of life.

The TRIPLE project consists of several parallel projects, each focused on a particular technology component of the TRIPLE system. Twenty-six individual German development teams are involved in the project, and future international collaboration is in the planning stages. Current plans call for all three components to be in a field test by 2027, in the Dome C region of Antarctica, the best terrestrial analog for the likely conditions in Europa’s icy ocean.

The presentation will discuss the basic design of the technical system, its evolution from fundamental considerations and constraints, and how basic principles and technologies from the development of terrestrial exploration drones – from those that fly to those that plunge deep into the oceans – are being utilized in the design of the mission hardware and software. Major technical barriers that have to be overcome lie in the miniaturization of the underwater vehicle which poses significant hydrodynamics and energy challenges. Another challenge will be integrating the entire sensor suite into the vehicle hull. Technical concepts to solve these issues and the overall systems engineering strategy will be discussed. 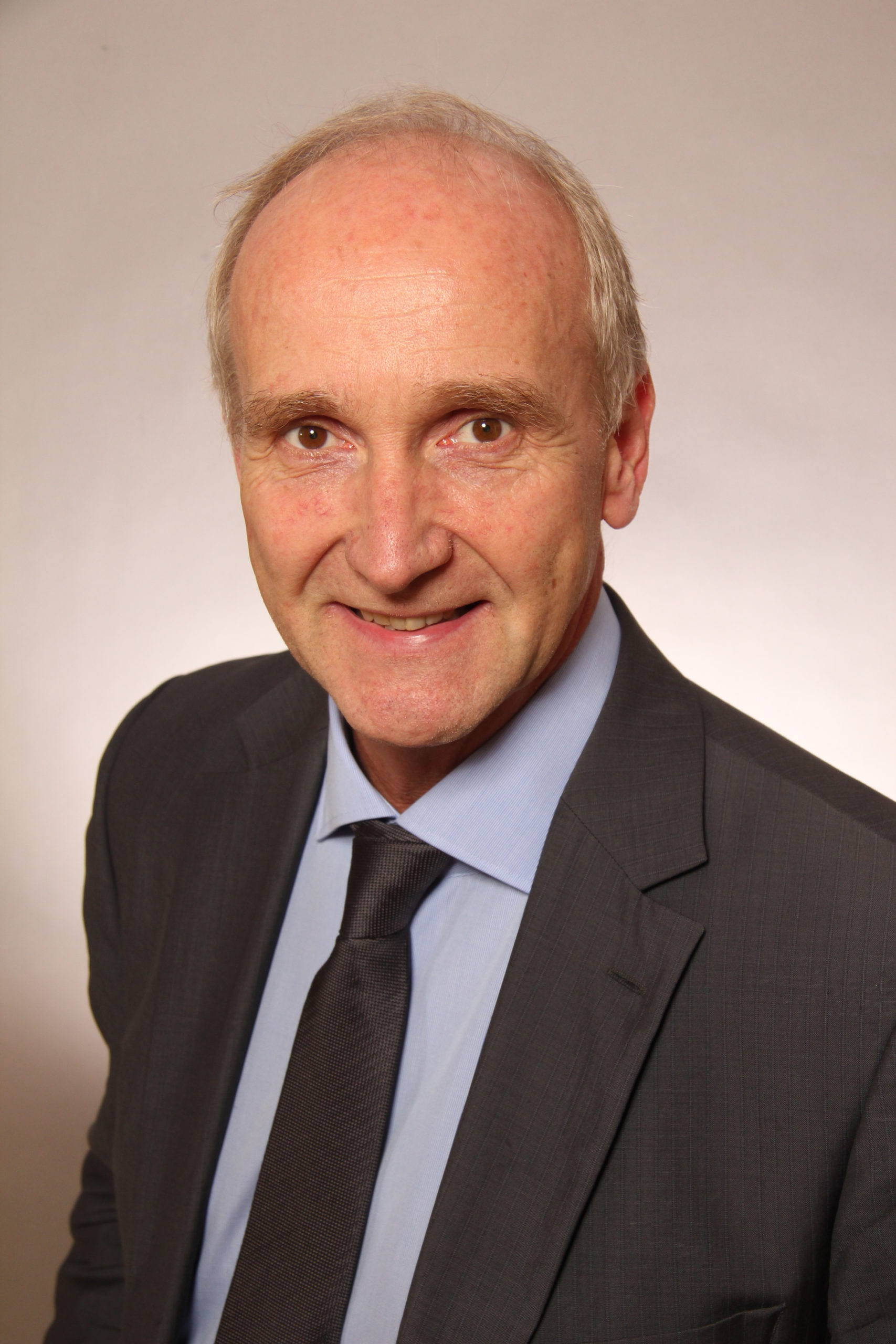 Christoph Waldmann is an ocean scientist, a research manager for European and national funded projects, and an expert in spatial data infrastructures. He is the co-director of the TRIPLE project and he leads a research group at the Center for Marine Environmental Sciences (MARUM), a research faculty at the University of Bremen funded through the excellence initiative of the Federal German government. He serves as a member of an Expert Team of the World Meteorological Organization and as a lecturer at the Technical University of Luebeck in Germany.

His academic research has focused on the development, application and evaluation of ocean sensors and underwater platforms. Since 2012 he has been actively involved in bridging the gap between ocean and space sciences to promote the exploration of Ocean Worlds.

He is an author on more than 110 technical papers and 10 popular articles. He has given over 100 technical talks and over 20 popular lectures and speeches about ocean sciences, data management strategies, and emerging technologies in the field of ocean sciences. He has contributed to several books and strategy.

Christoph earned his Diploma Degree and his PhD degree in Applied Physics at the University of Kiel, Germany.

On December 4, 2020, by Zoom videoconference broadcast on the PSW Science YouTube channel, President Larry Millstein called the 2,430th meeting of the Society to order at 8:02 p.m. EST. He announced the order of business and welcomed new members. The Recording Secretary then read the minutes of the previous meeting.

President Millstein then introduced the speaker for the evening, Christoph Waldmann, TRIPLE Project Co-Director and a research group leader at the Center for Marine Environmental Sciences (MARUM) at the University of Bremen. His lecture was titled, “The TRIPLE Project: A System to Explore Europa’s Icy Oceans.”

Waldman is Co-Director of the Technologies for Rapid Penetration and Subglacial Lake Exploration (or, TRIPLE), a five-year project funded by the German Aerospace Agency (DLR). TRIPLE aims to develop and build a dedicated tool-set to explore oceans and lakes on planets and moons of our Solar System, with a focus on one of Jupiter’s moons, Europa. The technical feasibility of this tool-set will be validated in Earth analogue environments such as the Antarctic Ocean and subglacial lakes.

The Galileo spacecraft, launched in 1990, identified a dipolar perturbation in Europa’s induced magnetic field, revealing the existence of a liquid water ocean below the moon’s icy surface. NASA is currently in advanced planning for its Clipper mission to further study Europa. Clipper will carry cameras, ice-penetrating radar, a magnetometer, an infrared instrument, and other instruments that will seek any material that may spray from the ocean as plumes into space. The European Space Agency is also planning the Juice Mission to orbit Jupiter.

Waldmann said the natural evolution of Europa exploration will be to land instruments on the moon’s surface, and eventually to conduct ocean exploration. Europa exploration would include a searching for and gathering evidence of biosignatures, habitability, and surface properties and dynamics.

Scientists are focused on Europa over other icy worlds in our Solar System because Europa has an energy source, biologically essential elements, twice as much liquid water as Earth, and significant time without major alterations. Together, these elements suggest life has had sufficient opportunity to develop.

Waldmann said the Clipper and Juice missions should provide scientists with high resolution images to identify a safe location to land a future exploration mission. Once landed, an ocean exploration mission will still need to pierce the moon’s approximately 10 km-thick surface ice, maintain operations in radiation, and move in the deep ocean environment. TRIPLE aims to provide the tools for an exploration mission to navigate these post-landing steps.

Due to Europa’s hydrodynamics and energy supply considerations, TRIPLE proposes to melt 10 cm holes through Europa’s ice and explore its oceans with a small underwater vehicle. Current probe designs are able to melt ice at a rate of only 2-6m/hour. At these rates, the probes would require 200-600 days to melt through Europa’s surface ice and would require approximately 10MWh to accomplish.

Once deployed under the ice, TRIPLE’s system will need to balance the need for good surface-to-vehicle communication with vehicle autonomy. TRIPLE proposes for the melting probes to deploy a “puck” radio-frequency-operated, electromagnetic wave relay system as the probes bore through the ice. These pucks would communicate to a surface lander, which would communicate with an orbiter.

Because there will be a 33-53-minute delay in communications between Jupiter and Earth, the underwater exploration vehicle will require significant autonomous operations control. Once deployed, the vehicle will need to rely on sonar systems to orient itself in the dark and navigate significant tidal currents. Because these currents are predictable, Waldmann said properly timing the release of the exploration vehicle could mitigate the problem.

TRIPLE’s current prototypes for a nano-Autonomous Underwater Vehicle (nanoAUV) are inspired by glider-type vehicles currently used to explore Earth’s oceans. The nanoAUV will need to reach depths of 12,000 m, move at approximately 1 m/s, and be light in weight. TRIPLE is still considering whether to use wings, jet propulsion instead of thrusters, and what kinds of sensors to mount on the nanoAUV.

Waldmann then discussed the issue with underwater sound propagation. Sonar navigation is problematic because the surface ice will reflect more sound than an Earth-like open-air ocean. The Doppler effect is also more pronounced in water. To address these problems, TRIPLE is exploring bio-inspired approaches toward underwater communication.

TRIPLE is currently planning an Earth-analogue mission to test the validity of the tools it is designing. Waldmann said 2030 is the earliest a Europa mission could launch. Such a mission would arrive in orbit in 2037, melt ice until 2039, and begin ocean exploration in 2040.

The speaker then answered questions from the online viewing audience. After the question and answer period, President Millstein thanked the speaker, made the usual housekeeping announcements, and invited guests to join the Society. At 9:48 p.m. EST, President Millstein adjourned the meeting.

Temperature in Washington, D.C.: 9° C
Weather: Rain
Concurrent Viewers of the Zoom and YouTube live stream: 92, and views on the PSW Science YouTube and Vimeo channels: 294.