The 2,431st Meeting of the Society

Advances in quantum manipulation of molecules bring unique opportunities, including the use of molecules to search for new physics, harnessing molecular resources for quantum engineering, and exploring chemical reactions in the ultra-low temperature regime.

This talk will focus on work developing techniques to build single ultracold molecules in optical tweezers as a versatile platform for quantum simulation and quantum computation. Starting with the first proof-of-principle demonstration of building a sodium-cesium molecule from two atoms, the lecture will progress towards full internal and external quantum state control of a single rovibrational ground-state molecule. The lecture will explain the challenges that have been encountered and how they have been overcome, and it will discuss how these single molecule implementations will be valuable resources for quantum entanglement applications due to their rich internal degrees of freedom and strong dipolar interactions. 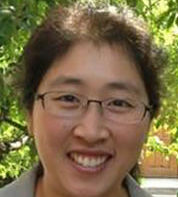 Kang-Kuen Ni is the Morris Kahn Associate Professor of Chemistry and Chemical Biology and of Physics at Harvard University. Her group pursues innovative approaches to using lasers and magnetic fields to bring molecules to a stand still. In particular, they create and gain quantum control of molecules for the study of chemical reactions, quantum information processing, and quantum many-body physics.

Kang-Kuen earned her PhD at the University of Colorado, Boulder.

On December 18, 2020, by Zoom videoconference broadcast on the PSW Science YouTube channel, President Larry Millstein called the 2,431st meeting of the Society to order at 8:02 p.m. EST. He announced the order of business and welcomed new members. The Recording Secretary then read the minutes of the previous meeting.

At ultra-cold temperatures of micro-kelvin and below, scientists using optical tweezers are able to build molecules one atom at a time. Ni aims to use this technique to build quantum bits, called qubits.

Using Bohr’s model to explain, Ni said the signature of quantum mechanics is the discrete energy level of a system. One way to describe the discreteness of the energy level is through wave-particle duality and wave superpositioning.

Ni said molecules are “perfect quantum machines,” having many degrees of freedom. Molecules may be individually identified by the unique electron orbits of their atoms, and by their discrete vibrations. Different imaging techniques may observe different degrees of molecular freedom, giving scientists a variety of means to determine a molecule’s structure.

Ni described how atomic clocks work, relying on the stable predictability of molecular vibrations. She then described how laser-cooling atoms led to developing quantum control technique, by which molecules are cooled and trapped inside a vacuum chamber for probing. This technique will allow scientists to construct “designer” molecules for quantum computation, by which n quantum bits are able to compute in 2n dimensions.

Because molecules have so many degrees of freedom, the corresponding large variety of internal states allow them to store large volumes of information at ultra-cold temperatures. This benefit to quantum computing is in competition with the need for qubits to “talk” to one another.

Ni proposes to store information in the spin degrees of freedom and to allow qubits to “talk” to one another through their rotation excitation by way of dipole-dipole interaction. Ni has worked to construct molecules specifically designed to achieve this quantum computing dynamic.

Ni’s team uses tweezers made of light to “grab” single atoms and trap them together into the same tweezer to merge into a single molecule. While conceptually simple, the process is complex.

Under glass, Ni’s lab laser-cools approximately 1 million atoms to roughly 100 micro kelvin. They then use laser beams to polarize and trap an ensemble of atoms in their focus. Lasers then focus to approximately one micron and overlay with the ensemble of ultra-cold atoms. In that small volume, pairs of atoms absorb photons from the laser cooling beams and eject themselves, until the optical tweezers are grabbing only a single atom.

Ni’s team uses different color lasers to trap and manipulate different species of atoms. In their proof of concept experiment, Ni’s lab used laser tweezers to combine single atoms of sodium and cesium. They forced the “lonely” atoms together by cooling through a two-step approach. First, they bound the atoms through a magnetic scattering resonance into “Feshbach molecules.” Second, they used two-photon transition to remove excess binding energy from the atoms. The resulting molecules lived for several seconds. Increasing the intensity of the optical tweezers reduced molecular lifespan.

Ni’s lab is now working to upscale their achievement and to control inter-molecular communication.

The speaker then answered questions from the online viewing audience. After the question and answer period, President Millstein thanked the speaker, made the usual housekeeping announcements, and invited guests to join the Society. At 9:41 p.m. EST, President Millstein adjourned the meeting.

Temperature in Washington, D.C.: 2° C
Weather: Cloudy
Concurrent Viewers of the Zoom and YouTube live stream: 62, and views on the PSW Science YouTube and Vimeo channels: 440.