The 2,435th Meeting of the Society

Heliophysics Near the Edge of the Sun

Heliophysics is vital to understanding Earth’s most important and life-sustaining star, and the study of key space phenomena and processes supports situational awareness to better protect astronauts, satellites, and robotic missions exploring the solar system and beyond

NASA Heliophysics research studies an extensive system stretching from the Sun to Earth to far beyond the edge of the planets. Studying this system – much of it driven by the Sun’s solar wind — provides fundamental information not only about the sun but also about other stars, and about how stars influence the habitability of planets throughout the universe. Knowledge of the Sun also is essential to protecting space technologies and astronauts, and to protecting ground based technologies as well. Extreme space weather can interfere with communications, satellites and power grids.

Mapping out he Sun’s interconnected heliophysical system requires holistic study of the Sun and its influence on space, Earth and other planets. NASA has deployed a fleet of spacecraft strategically throughout the heliosphere to study the Sun and its influences on the solar system — from the Parker Solar Probe at the Sun observing the very start of the solar wind, to satellites around Earth, to the farthest human-made object, Voyager, which is sending back observations on interstellar space. Each mission is positioned at a specific vantage point so that, in sum, scientists can construct a complete picture of the flow of energy and particles throughout the solar system.

The Parker Solar Probe is the first mission to venture to the Sun and into the Sun’s corona. It is the culmination of a 60-year effort to build a spacecraft and instruments capable of exploring the searing temperatures and radiation of the corona, and investigate the processes that drive the solar wind. In fact, it was first deemed a science priority in 1958 when Eugene Parker predicted the existence of the solar wind. But it was not a practical possibility until recently due to the extreme radiation environment that close to the Sun. Fortunately, new materials and methods developed over the past 20 years have allowed NASA to design and construct a platform – the Parker Solar Probe – that can maintain its integrity and provide the environmental protections necessary for its instrumentation to function properly as it approaches the Sun.

Launched by NASA in 2018, the Parker Solar Probe is now orbiting the Sun, studying the structure and dynamics of its coronal plasma and magnetic fields, the energy flow that heats the solar corona and impels the solar wind, and the mechanisms that accelerate energetic particles. At its closest approach it will come within 4,300,000 miles of the Sun’s center and will be traveling at 430,000 mph. It is the fastest human-made object in history, the one to come closest to the Sun itself, and the first one to fly into the solar corona.

While in the vicinity of the Sun it will have to endure extreme temperatures and radiation fluxes The spacecraft’s systems are protected by a solar shield of reinforced carbon–carbon composite that can withstand temperatures of 1,370°C. It is powered by solar panels that extend beyond the periphery of the shield. It uses four light sensors, reaction wheels and associated computational resources to keep the heat shield pointed to the Sun and properly oriented to maintain the proper operating temperature for its scientific instruments. Orientation is done autonomously as is much of the probes other functions. It is the most autonomous platform ever sent into space.

Although it is still early days for the spacecraft, data from the Parker Solar Probe already has revealed previously unobserved processes in the near-solar region. This lecture will discuss the Probe’s design, instrument payload and trajectory, and it will explore highlights of the new scientific findings from the mission. 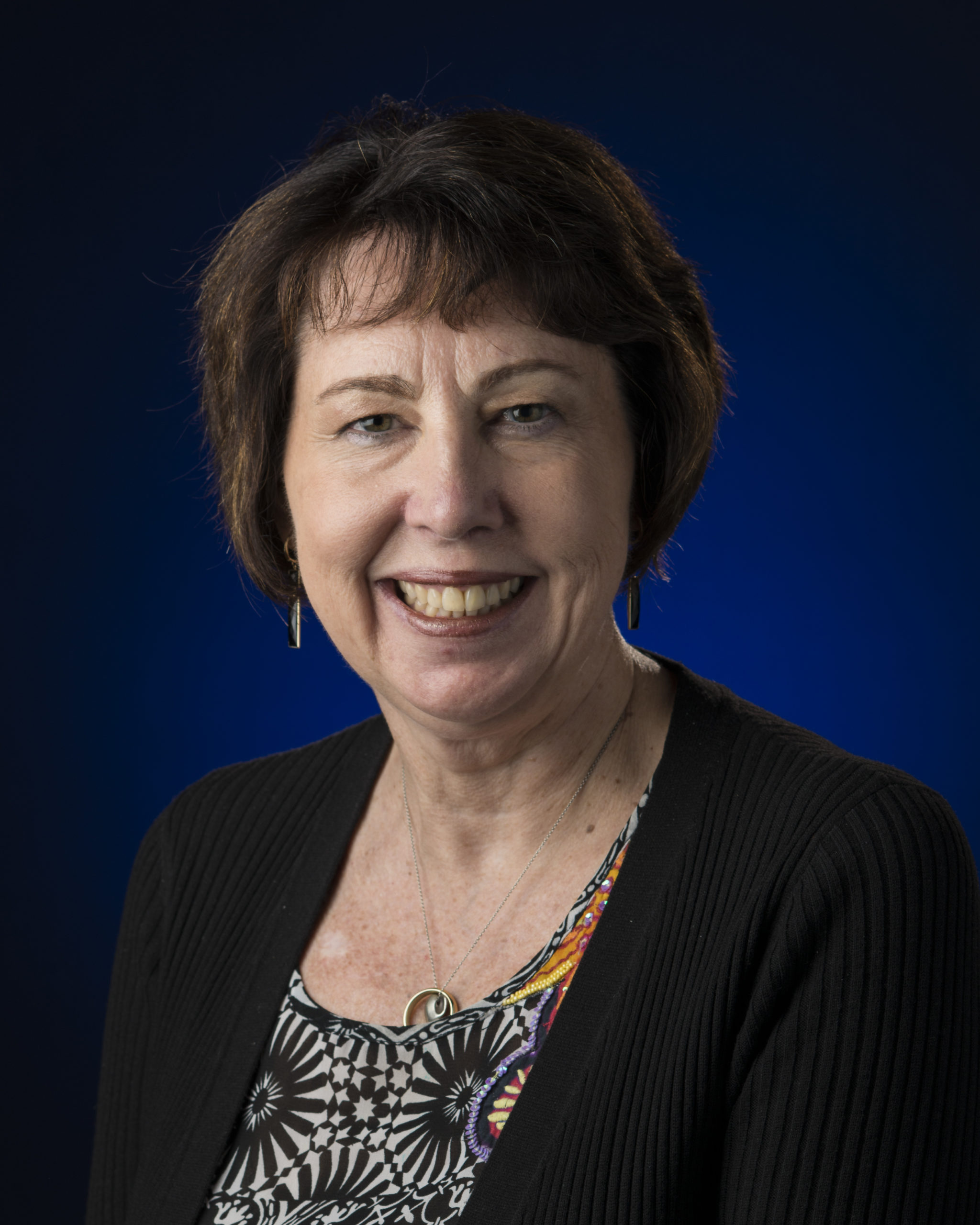 Nicola is an author on numerous scientific publication articles and she frequently speaks worldwide on science.

Among other honors and awards Nicola is the recipient of numerous NASA awards for outstanding performance.

She earned her BS in Physics and her PhD in Space Plasma Physics at Imperial College, London. She also earned her MS in Telematics at the University of Surrey, United Kingdom.

On February 19, 2021, by Zoom videoconference broadcast on the PSW Science YouTube channel, President Larry Millstein called the 2,435th meeting of the Society to order at 8:02 p.m. EST. He announced the order of business, welcomed new members, and read the minutes of the previous meeting.

President Millstein then introduced the speaker for the evening, Nicola Fox, Heliophysics Division Director in the Science Mission Directorate at NASA. Her lecture was titled, “Hot! The Parker Solar Probe: Heliophysics Near the Edge of the Sun.”

In 2020, NASA’s Heliophysics Division grew to a total of 20 operating missions with a total of 27 spacecraft, eleven missions in formulation, and nine further missions under study.

In addition to providing Earth with an early-warning system for solar weather, the Heliophysics Division spacecraft are seeking answers to long-standing mysteries of Solar Physics: Why is the corona hotter than the solar surface? Where does the solar wind originate and how is it accelerated? How are solar energetic particles accelerated and transported?

In 1958, Eugene Parker published a paper predicting the solar wind would break away from the pull of the Sun and bathe the planets in a protective field. Parker has told Fox he reached his findings merely by “solving six fairly simple equations.” Among Parker’s predictions was solar wind acceleration.

Sixty years after Parker’s paper, on August 12, 2018, NASA launched the Parker Solar Probe atop a Delta IV-Heavy rocket with an upper stage. The probe is humanity’s first visit to a star. Parker’s sister mission, the ESA Solar Orbiter launched in early 2020, and will conduct coordinated measurements.

At launch, the probe had a wet mass of 685 kg and stood three meters tall. Fox said the payload needed to remain as light as possible to avoid being dragged at launch by the Earth’s angular momentum. She then described NASA’s decision to include momentum wheels on the spacecraft.

The Parker Solar Probe is in a region of plasma approximately 3,000,000° C. Fox said that because the plasma itself is not very dense, NASA’s greater concern for the spacecraft is heat from illumination. That illumination is reflected by a white cover, in front of a 4.5-inch-thick carbon-composite heat shield, attached to the main vehicle by only six carbon bolts. The front side of the heat shield reaches approximately 1400° C, while the main body of the spacecraft stays between 28 and 30° C.

The spacecraft is powered by liquid-cooled solar panels designed to operate under extreme solar flux. The articulated panels “flap” according to the probe’s proximity to the Sun, to generate consistent power.

Fox then described the probe’s launch using video and vivid animations. After launch, the spacecraft made its first orbit of Venus to slow itself down. It will make 24 orbits of Venus over the lifetime of its mission. Each orbit will send the probe closer to the Sun. After the seventh gravity assist, the probe will be traveling at approximately 430,000 miles per hour and pass 3.9 million miles from the Sun’s surface, through the solar corona.

The Parker Solar Probe carries four instrument suites. These instruments are used to conduct the Fields Experiment designed to study magnetic fields, the Solar Wind Electrons Alphas and Protons (SWEAP) Investigation, the Integrated Science Investigation of the Sun (ISOIS) to observe energetic particles, and the Wide-field Imager for Solar Probe (WISPR) to image the solar corona and inner heliosphere.

Fox then described Parker’s current science results. She showed an animated compilation of the probe’s imaging of the solar corona at resolutions impossible from observation at further distances.

The WISPR instrument has made multiple discoveries. The imager has confirmed the existence of magnetic islands where particles can be trapped, energized, and heated. It is also on the verge of confirming the existence of a dust-free zone around the Sun.

The probe’s observations have identified unexpected magnetic structures in the young solar wind. These “switchbacks” are a potential energy source for coronal heating. And, the probe has discovered extended co-rotation of the solar wind.

Fox concluded by discussing the ongoing journeys of the Voyager 1 and Voyager 2 spacecraft, through the outer Solar System environment. Voyager 1 was the first to cross the heliopause boundary, but did not have a functioning solar wind instrument at the time. In 2018, scientists were able to confirm Voyager 2 exited the heliosphere because its energetic particle detectors identified dramatic changes in the ratio of heliospheric particles to galactic cosmic rays.

The speaker then answered questions from the online viewing audience. One member asked about how the Parker Solar Probe communicated with Earth. Fox said the probe stores approximately 250 gigabits of data per orbit onto a solid-state data recorder. NASA uses X band to send commands to the probe, and downlinks data on a KA band when the probe nears Earth. Another member asked about the latitude at which the probe observes the Sun. Fox said the probe stays in the ecliptic and does not observe any other latitudes.