The 2,436th Meeting of the Society

Since the time of Galileo, more than 350 years ago, the telescope has been the principal means for understanding our universe. Telescopes have the ability to collect far more light than the human eye, which permits us to observe distant objects in the universe that would otherwise be far too faint to see. And given the physical nature of light, the larger light-collecting aperture of the telescope permits objects to be studied with much higher resolution. Galileo’s first telescope featured a light-collecting lens only an inch in diameter. Still, the small telescope gathered 25 times more light than the human eye and gave five times higher image detail. With it he discovered that our moon had mountains and craters, that Venus passed through phases, that spots formed on the sun and that the sun appeared to rotate, and that four moons orbited Jupiter. It revolutionized our view of the solar system.

The history of the telescope has been a quest for size. The larger the telescope, the greater the potential it has for discovery. Typically, the limiting factor is the size of the light-collecting lens or mirror. The most powerful ground-based telescopes feature the largest lens or mirrors that technology can develop and the budget can afford at the time. A study of the world’s largest telescopes reveals that telescope size doubles about every 40 years. The current generation of 8 – 10 meter telescopes was developed in the 1990s. Now, we are due for the next leap in light collecting size to 20–30 meter telescopes. Three such projects are currently underway, and the Giant Magellan Telescope is one of them.

The Giant Magellan Telescope is a 25-meter aperture telescope under construction at Las Campanas Observatory in Chile. The telescope’s main light-collecting surface is composed of seven of the world’s largest mirrors, manufactured using a unique spin-casting method. The latest advancements in technology enable these seven mirror segments to be optically “phased” or positioned so that they act as a single large light-collecting mirror. This includes correcting for the optical distortion caused by the Earth’s turbulent atmosphere. Located at one of the premier observing sites on Earth, the Giant Magellan Telescope will achieve ten times the resolution of the Hubble Space Telescope and advance our understanding of the Universe across a wide range of scientific frontiers. Among the most exciting areas of exploration will be the characterization of planets orbiting nearby stars and a search for signatures of life in their atmospheres.

This lecture will discuss the engineering and the science behind the GMT, and the questions it will address. 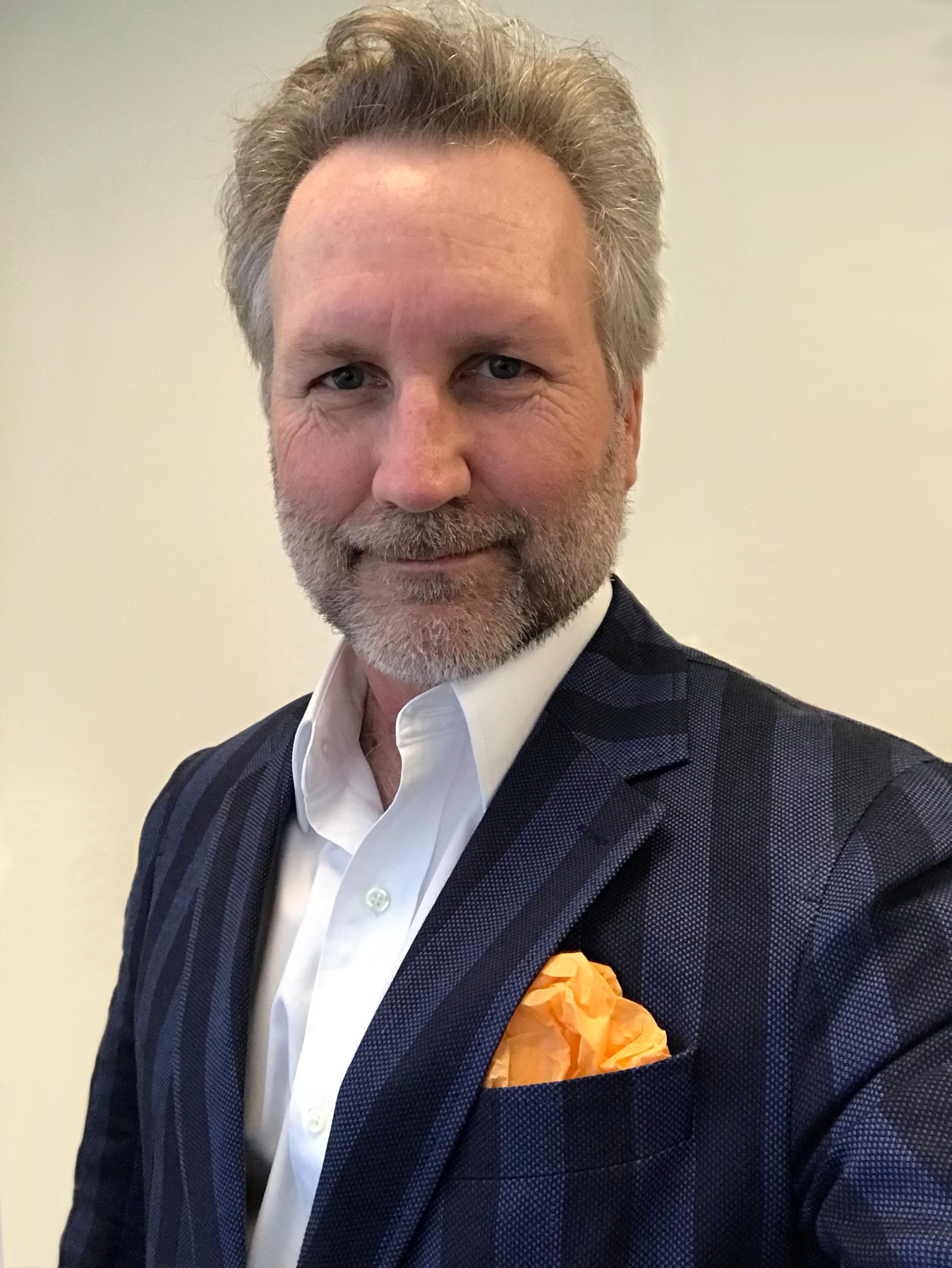 James Fanson is Progect Manager for the Giant Magellan Telescope, leading the team that is designing and building the GMT. Prior to joining GMTO he was with NASA’s Jet Propulsion Laboratory for 30 years.

Jim has long been involved in astronomy and has been involved in the development of many ground and space-based telescopes. Notable among these, he was a member of the team that repaired the optical performance of the Hubble Space Telescope in 1992. He led the team that performed the preliminary design of the Spitzer Space Telescope, Hubble’s infrared counterpart, that recorded the first spectra of a planet orbiting a star other than the Sun. He served as project manager of the Galaxy Evolution Explorer mission that performed an ultraviolet extragalactic survey to understand how galaxies have formed over cosmic time. He also was project manager of the Keck Interferometer, which linked the twin 10-meter Keck telescopes together to form a 100-meter optical interferometer to study the habitable zones around nearby stars where Earth-like planets may be forming. And he served as project manager of the Kepler mission, which determined that Earth-size planets orbiting in the habitable zones of stars appear to be common in our galaxy.

James received his Ph.D. in Applied Mechanics at Caltech.

On March 5, 2021, by Zoom videoconference broadcast on the PSW Science YouTube channel, President Larry Millstein called the 2,436th meeting of the Society to order at 8:02 p.m. EST. He announced the order of business and welcomed new members. The Recording Secretary then read the minutes of the previous meeting.

The human eye has an aperture of approximately 0.2 cm2 and requires assistance to see further than the Andromeda Galaxy, approximately 2.5 million light-years away. Since Galileo’s telescope in 1609, the aperture diameter of telescopes has doubled approximately every 30 years. Galileo used a 2.6 cm lens in his telescope. Almost three hundred years later, in 1897, the Yerkes telescope reached the practical limits of refracting telescopes with its 1 m lens.

The next generation of telescopes used mirrors to better focus light and improve image resolution at further distances. Built in 1934, the Palomar telescope reached the mirror size limit at 5 meters. In 1990, the Keck telescope broke that barrier with its 10 m segmented mirror.

Now that it has been 31 years since the Keck telescope, Fanson said it is time for the next doubling in telescope aperture. The Giant Magellan Telescope (GMT), the 30 m Telescope, and the European Extremely Large Telescope (ELT) are all underway to achieve that feat.

The GMT will have a segmented mirror with computer control. The primary mirror will be composed of seven individual mirror segments, each 8.4 m in diameter. Computer control will allow the GMT to maximize image resolution by phasing the seven mirror segments and correcting for atmospheric distortions with adaptive optics. Fanson said these advancements will allow the GMT to get near the level of imaging resolution that has so far only been available from space-based telescopes.

The GMT will be constructed at the Las Campanas Observatory Site at the southern end of the Atacama Desert in Chile. The remote mountaintop location means it has minimal light pollution, few clouds, and dry, steady air. The GMT will be housed in an enclosure roughly the size of a football field, with its operating machinery located in a separate building. Fanson showed an animation and gave viewers a “tour” of the completed telescope, highlighting its mechanical functions.

Fanson then showed and described the process by which the mirrors are created, using 20 tons of E6 borosilicate melted in a spinning furnace. Five of the seven primary mirror segments have so far been cast and polished to a precision of approximately 1/100,000,000 of an inch.

Once the mirrors arrive at their destination in Chile, they will receive a 200 nanometer thick aluminum coating and will be installed on the telescope structure. Each mirror will be affixed by 165 pneumatic actuators.

GMT will phase the primary mirror segments by using light from a guide star, reflected off the adjacent edges of adjacent segments. Based on those dispersed reflections, GMT will identify the misalignment of the edges by the degree to which the interference fringes have rotated. A prototype of the phasing system has been in use on the Magellan Clay telescope at the Las Campanas site.

Fanson then described the history of adaptive optics, first proposed by Horace Babcock in 1953, by which scientists can compensate for atmospheric distortion with actuators that can restore the reflected light to their original wavelength. Adaptive optics on the GMT will be accomplished by its segmented secondary mirror. Each segment will contain 672 actuators operating at 2 kHz bandwith, allowing realtime wavefront correction.

Once completed, GMT will have 11 instrument stations. Among them will be G-CLEF, an optical echelle instrument that scientists will use to detect exoplanets, and two visible light spectrographs that can be fiber fed to widen their field of view.

Fanson described the engineering techniques GMT will use to protect it from seismic activity and wind vibrations. He described the current state of construction and operations. He then answered questions from the online viewing audience.

Temperature in Washington, D.C.: 4.5° C
Weather: Clear
Concurrent Viewers of the Zoom and YouTube live stream, 118 and views on the PSW Science YouTube and Vimeo channels: 393.