The 2,440th Meeting of the Society 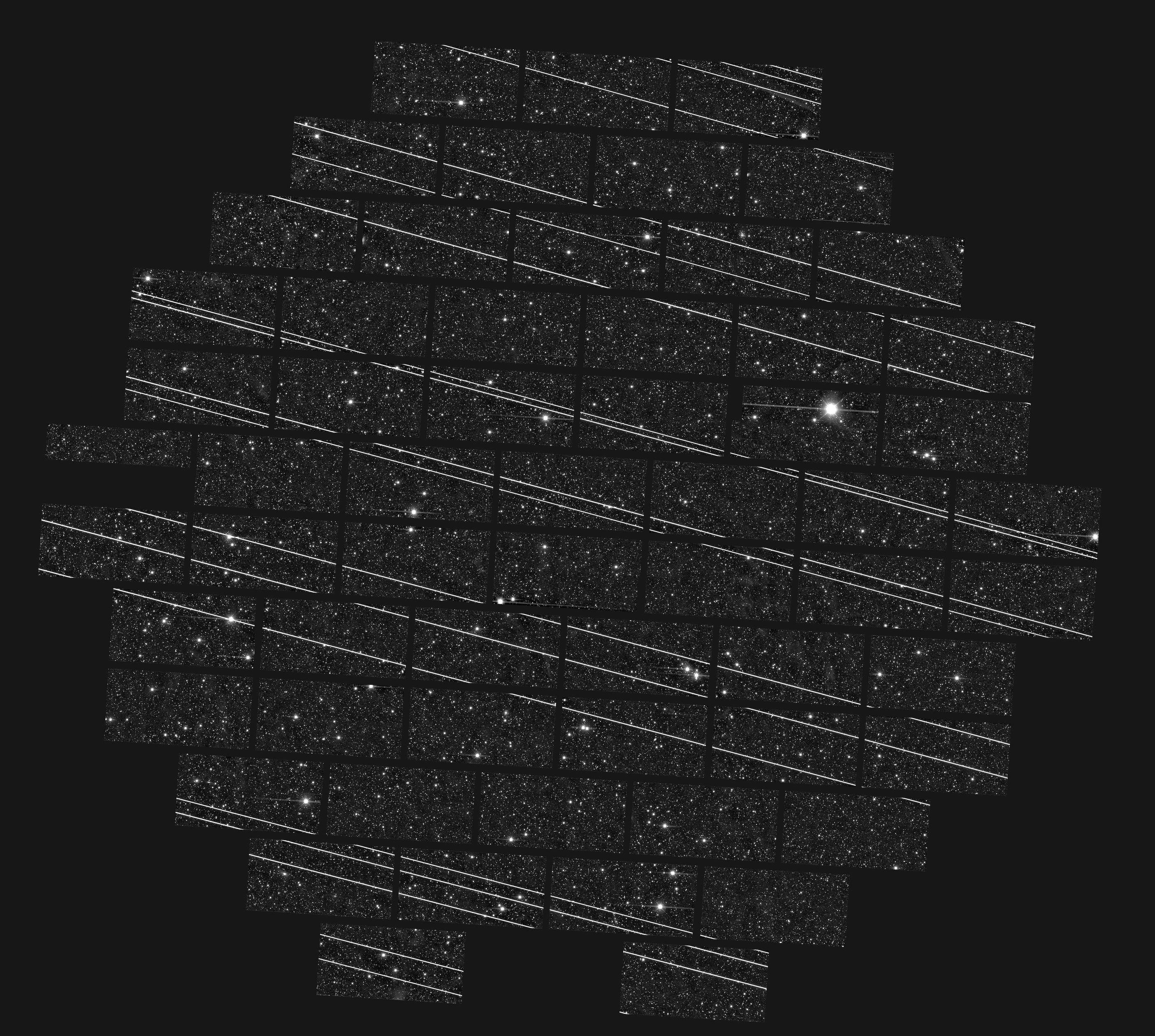 A number of companies and governments are in various stages of planning or deploying bright satellites in low-Earth orbit in unprecedentedly large numbers.  These “mega constellations” will fundamentally change astronomical observing at visible wavelengths.  Night-time images will be contaminated by streaks due to the passage of sun-illuminated satellites, and radio astronomy will experience significant interference.

If the proposals for the most serious constellations are realized, no combination of mitigations will be able to fully avoid the negative impacts that the over 50,000 satellites will have on many science programs of current and planned ground-based and space-based astronomy facilities.  This lecture will discuss the Rubin Observatory’s planned Legacy Survey of Space and Time, satellite streak simulations, lab tests of the Rubin’s CCD sensors, and work with SpaceX on mitigation. 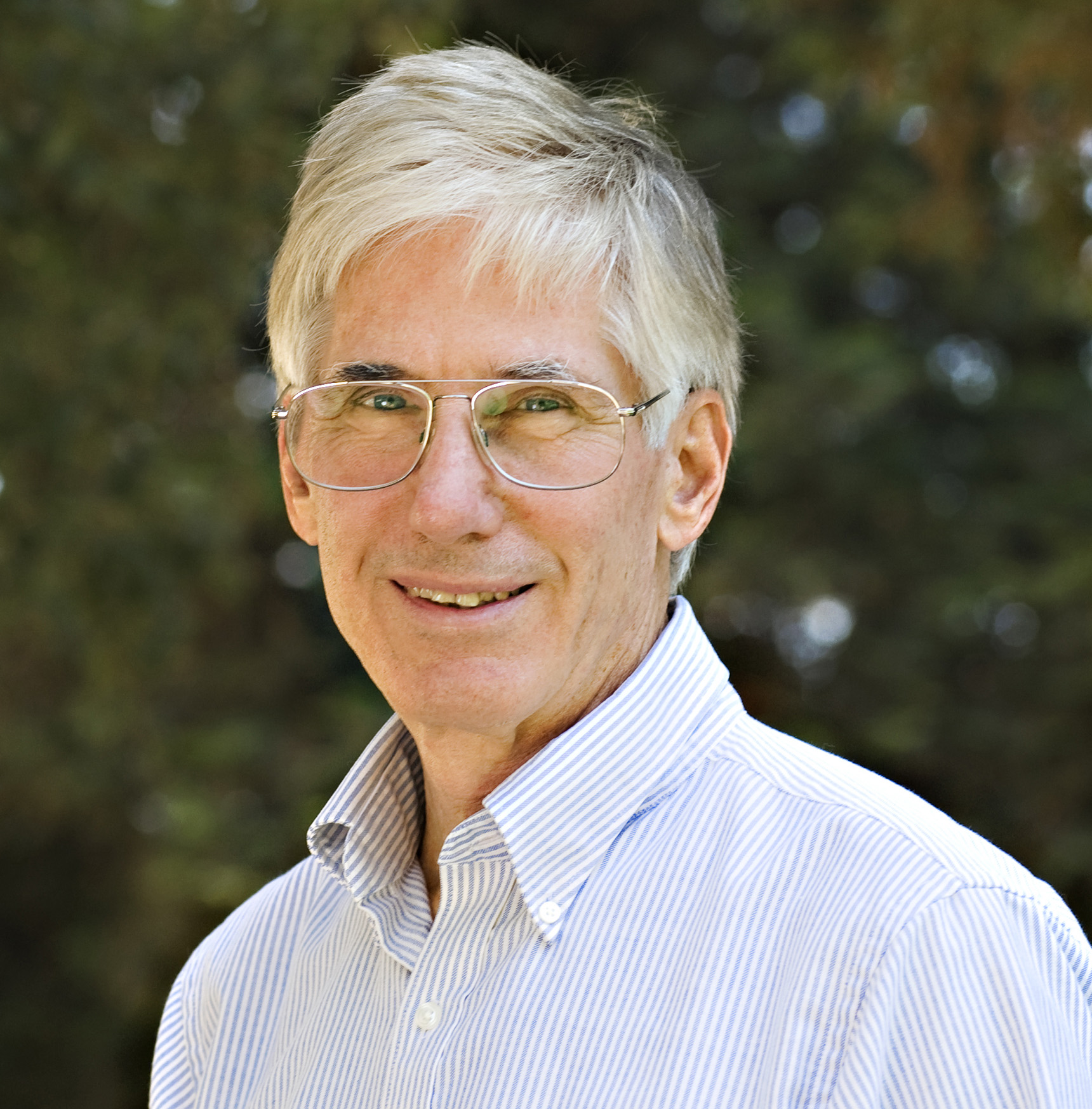 Tony Tyson is Distinguished Professor of Physics and Astronomy at the University of California, Davis.  Before that, he worked for 35 years at Bell Labs in the physics division.

While applying CCDs to astronomy in the early 1980’s he discovered a population of faint blue galaxies, and then pioneered the field of weak gravitational lensing, creating maps of dark matter using the gravitational mirage of these distant galaxies.  His current research is in cosmology: the nature of dark matter and dark energy.

He has led an international effort to build a new kind of telescope/camera called the Large Synoptic Survey Telescope, recently renamed the Vera Rubin Observatory.  Its Legacy Survey of Space and Time will begin in 2024. He was director from 2003-2013 and is now Chief Scientist.

He earned a BS in Physics at Stanford and a PhD in condensed matter physics at the University of Wisconsin.

On May 7, 2021, by Zoom webinar broadcast on the PSW Science YouTube channel, President Larry Millstein called the 2,440th meeting of the Society to order at 8:02 p.m. EDT. He welcomed new members, and the Recording Secretary read the minutes of the previous meeting.

President Millstein then introduced the speaker for the evening, Tony Tyson, Distinguished Professor of Physics and Astronomy at the University of California, Davis. His lectured was titled, “Satellite Constellations and Astronomy: Satellite Interference with Astronomical Observations and Potential Remedies.”

Since 2017, the number of low Earth orbit satellites has increased exponentially every year. These bright objects have begun to impact observations from Earth-based telescopes.

The Rubin Observatory, formerly the Large Synoptic Survey Telescope, will carry out an astronomical survey dubbed the Legacy Survey of Space and Time (LSST). The telescope will have a 8.4 m primary mirror, a 3,200 megapixel camera, and will take 2,000 images of the sky every night for ten years beginning in 2024. Each exposure will last approximately 15 seconds and, each night, automated software will identify changes in the sky, for example movement or changes in brightness.

Tyson described the LSST as a “wide-fast-deep” survey of the sky, which may be significantly impacted by satellite brightness trails. He showed an illustration of the observatory’s camera and he described its hardware. In tests, the brightness of satellite streaks approached the saturation level of the camera’s charge-coupled devices (CCD) and small capacitive “crosstalk” among the output video amplifiers created “echo” streaks. Tyson’s lab is working on how to dim the satellite streaks and eliminate the crosstalk.

It is not possible to merely “dodge” satellites to keep them out of LSST exposures. Tyson said the fast cadence of the survey will not allow the LSST to focus only on clear areas of the satellite-cluttered sky.

Currently, SpaceX is working to reduce the light pollution effects of its Starlink satellites on optical astronomy. Tyson said making spacecraft 10 times darker may remove some satellite trail artifacts. But, even then, evidence of satellite trails will still be in the LSST data and complicate its analysis.

SpaceX recently launched a test Starlink satellite called “DarkSat,” on which the usually white colored microwave phased arrays were colored black. But, while the test succeeded in reducing the satellite’s light pollution, the dark color caused DarkSat’s transmitter and phase arrays to overheat. SpaceX then launched a second test, called “VisorSat,” which used a sunshade to block sunlight from the satellite’s antennae and prevent reflection. VisorSat is four times fainter than original Starlink satellites.

Different satellite parts reflect light at different angles, appearing to flux as the satellite travels across the sky. These changes in brightness may set off false alerts in the LSST’s data analysis. Tyson said SpaceX is now experimenting with modified satellite positioning as another mitigation measure.

Satellite altitude also impacts light pollution. Satellites orbiting 500 km above the Earth are visible only at sunset and sunrise, whereas 1200 km satellites are visible all night long and take longer to decay.

The Satellite Constellations 1 (SATCON-1) workshop developed recommendations to mitigate satellite harm to optical astronomy, including: fewer satellites, darkening satellites in all phases of orbit, orbiting as low as possible, providing high accuracy orbit data, and advanced algorithms for avoidance of bright satellites. However, Tyson said no combination of mitigation efforts can completely avoid the impacts of the satellite trails on the LSST science programs.

Tyson closed by explaining how satellites also pollute observations in radio astronomy. He then answered questions from the online viewing audience.

Temperature in Washington, D.C.: 13° C
Weather: Raining
Concurrent Viewers of the Zoom and YouTube live stream, 83 and views on the PSW Science YouTube and Vimeo channels: 204.