The 2,451st Meeting of the Society

In just the past quarter century, astronomers have discovered nearly 5000 planets orbiting other stars in our galaxy.  Statistical extrapolations from this population suggest that, on average, every star hosts a planetary system.  These ‘exoplanets’ are remarkably diverse, often exhibiting properties – masses, orbital architectures, atmospheric compositions, etc. – considerably unlike those in our solar system.  Much of that diversity is imprinted during the formation epoch, where planet properties are strongly influenced by interactions with their birth environments – the flattened disks of gas and dust that orbit young stars.

Until recently, much of our understanding of planet formation was limited to forensic study of a specific (and possibly outlier) example – the solar system – and was largely theoretical.  But in the past few years, very high angular resolution observations of disks in nearby star-forming regions have unveiled key signatures of the planet formation epoch and helped solve some long-standing theoretical dilemmas.  This talk will focus on what we are learning about the small-scale spatial distribution and kinematics of disk material, largely based on state-of-the-art measurements with interferometers operating at (sub)millimeter wavelengths, the corresponding implications for the assembly and early evolution of planetary systems, and some expectations for progress in the coming decade. 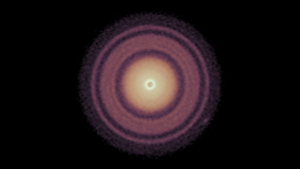 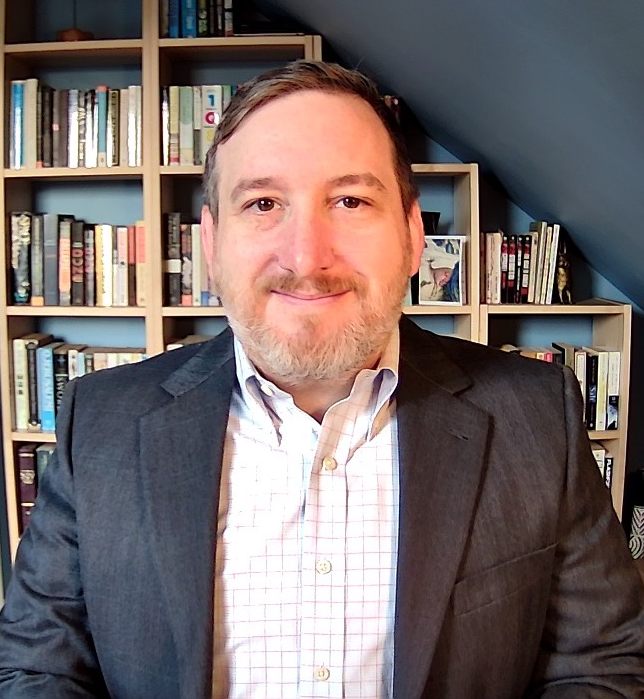 Sean Andrews is an astrophysicist at the Smithsonian Astrophysical Observatory (SAO), part of the Harvard-Smithsonian Center for Astrophysics in Cambridge, Massachusetts.  He also serves as the Director of the SAO Radio Telescope Data Center and has an appointment as a Lecturer in the Harvard University Department of Astronomy.

Sean’s research focuses on the formation of stars and their planetary systems.  He has extensive expertise in astronomical measurements with radio telescopes, particularly in the use of long-baseline interferometers that operate at wavelengths around 1 millimeter.

The research teams he has led have been at the vanguard of a broad range of new discoveries associated with the reservoirs of planet-forming material – the disks around young stars.  Most notably, he was the Principal Investigator of the Disk Substructures at High Angular Resolution Project (DSHARP), a landmark program that established the power of high resolution millimeter-wavelength imaging to probe key physical processes associated with planet formation.

Sean is an author on more than 220 scientific articles.  Among other honors and awards he received two Secretary’s Research Prizes from the Smithsonian Institution, has been a Beatrice Tinsley Distinguished Visiting Scholar at the University of Texas at Austin, and was awarded the Paul Hertelendy Prize and the NASA Hubble Fellowship.

Sean earned BS degrees in Physics and Mathematics at Northwestern University, and an MS and PhD in Astronomy at the University of Hawaii’s Institute for Astronomy.

On December 17, 2021, from the Powell Auditorium at the Cosmos Club in Washington, D.C., President Larry Millstein called the 2,451st meeting of the Society to order at 8:03 p.m. EST. He welcomed new members, and the Recording Secretary read the minutes of the previous meeting.

President Millstein then introduced the speaker for the evening, Sean Andrews, Astrophysicist for the Smithsonian Astrophysical Observatory, part of the Harvard-Smithsonian Center for Astrophysics. His lecture was titled, “Planet Formation.”

Since the mid-20th century, scientists have believed that indirect evidence established the existence of protoplanetary disks. Then, in the 1990s, the Hubble Space Telescope captured images from the Orion Nebula confirming that belief.

The classical model of planet formation has long held that first, over the course of several hundred thousand years, cold dense molecular clouds collapsed into flat rotating disks and created stars. Material in disks then began to disperse and form planets within the first million years.

In this classical model, planets formed by smooth gas disks seeded with planetesimals that then accreted until they became large enough to pull in their own atmosphere and form planets. Andrews said this core accretion model of planet formation isn’t efficient enough to be accurate.

An alternative model is pebble accretion, by which the solids on a disk are different sizes and the smaller pebble masses accrete quickly onto the planetesimal seeds. This model lacks the core accretion model’s time-scale problem, but still suffers from needing to explain accretion and gas disks.

Accretion is difficult to explain because collision energy tends to be destructive rather than constructive, and when particles are embedded in gas disks they start to aerodynamically decouple from the flow the disk. Andrews explained how at 100 astronomical units, small particles would lose 10% of their orbital distance, and large particles would drift inwards toward their star. This “radial drift” stunts particle growth in smooth disks at around 1 cm.

Structured gas disks with velocity deviations would converge migration of pebbles into “traps” with local concentrations with high solids/gas ratios. Such disks do not suffer the limitations of smooth disks, and theoretically would lead to planet formation. But, the fluid dynamical models that actually create the necessary pressure substructures are small.

In 2012, an international partnership commissioned the Atacama Large Millimeter/submillimeter Array (ALMA) with 54 12-m dishes and 10 7-m dishes that work in concert to give 30 milli-arcsecond resolution.

ALMA has produced groundbreaking images of diverse planetary systems of different morphologies. Every system seen so far has shown pressure perturbations, including on the scales of our Solar System. The most common morphologies look like concentric rings with gaps between them. Strong non-axisymmetric features are less common, and large-scale spiral patterns are rare. Mixed modes are indicative of complex hydrodynamics.

The high prevalence of disk substructures implies universal processes. The sizes and scalings of these substructures are broadly consistent with expectations of magnetohydrodynamic instabilities and numerical simulations of the disk fluid, and are promising venues for efficient planet formation.

Andrews explained those conclusions with recently captured images, highlighting a specific bona fide example of planet-disk interaction. He said there is a plan for the James Webb Space Telescope and an upgraded ALMA to investigate further questions.

The speaker then answered questions from those present and the online viewing audience. After the question and answer period, President Millstein thanked the speaker, made the usual housekeeping announcements, and invited guests to join the Society. President Millstein adjourned the meeting at 9:42 p.m.