The 2,474th Meeting of the Society

Exploring the Echoes of Formation in the Outer Solar System

In Memory of Marvin Hass 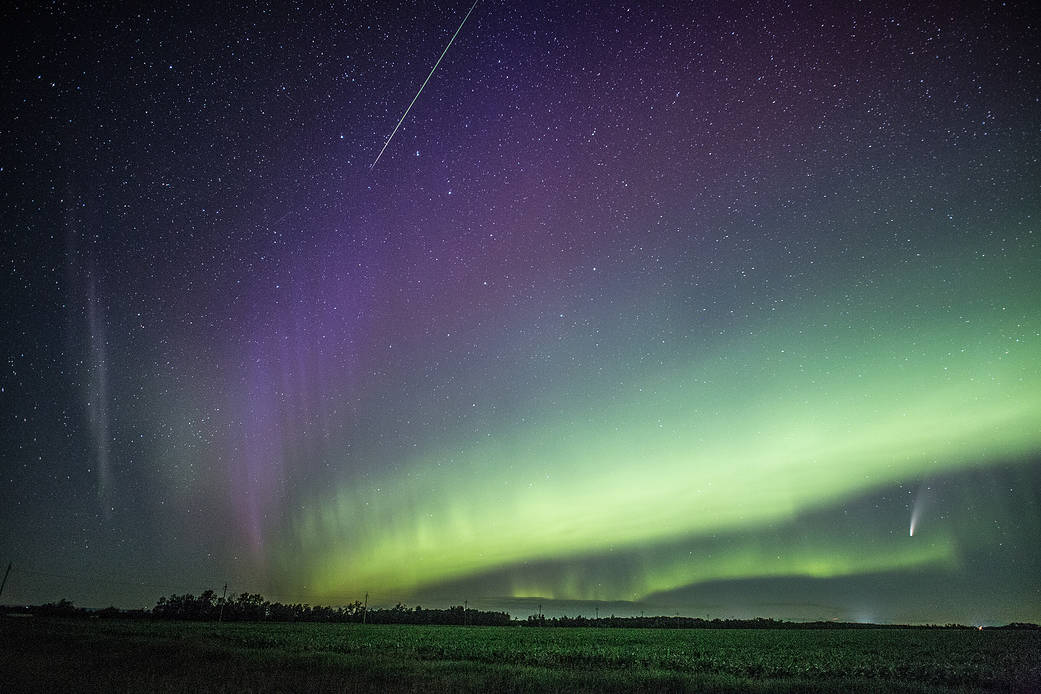 Comets are volatile rich remnants of the tumultuous planet-building epoch of solar system formation.  They are small (of order 1-100 km in diameter) porous bodies with minimal cohesion that were among the first objects of any significance to form within the disk of material orbiting the proto-Sun.  While the Sun was evolving toward the main sequence, comets became aggregated into protoplanetary bodies of increasing size, ultimately coalescing into the cores of the giant planets.  The vast majority were lost to this planet formation process or were ejected as the young solar system organized itself into its modern configuration.  The physical properties and the orbits occupied by the tiny fraction of comets that remain are our clearest view back to the origin and evolution of the outer solar system.

Research on comets has historically focused on the small subset that have been perturbed from their remote reservoirs into the inner solar system, where they are warmed by the Sun and gradually dissipate into clouds of gas and dust.  Research has used remote sensing of this escaping material to search for insights into the composition of comet nuclei and, based on this information, the properties of the protoplanetary disk.  This is an imperfect perspective because the process of heating and liberating the outer layers of a comet alters their primordial characteristics and ultraviolet light from the Sun breaks down their molecular compounds as they expand outward into space.  The few comets that have been visited with spacecraft show dramatic evidence of physical evolution over multiple solar passages as the surface is eroded away.  Studies of less altered bodies would clearly add much to our understanding of primordial comet composition.  Unfortunately, the closest comet reservoir is beyond the orbit of Neptune.

This presentation will summarize some highlights of our understanding of the properties and orbital distribution of comet nuclei and what they tell us the early solar system.  It will also describe some of the major questions that remain and how future exploration of a sub-group of comets called Centaurs may help us to answer them.  Lastly, it will review some of the most compelling potential targets for Centaur study and discuss prospects for visiting them in the near future.

In a first, astronomers spotted a space rock turning into a comet

Walt Harris is Professor of Planetary Science at the University of Arizona, Chief Scientist of the Arizona Space Institute, and Deputy Director for Community Engagement at the Space4 Center.

Walt’s research is focused on the structure of thin atmospheres and their transition to and interactions with the space environment.  He is particularly interested in the information that comet atmospheres provide about basic photochemical processes, the formation of the solar system, and the characteristics of the solar wind.  He is also engaged in an ongoing study of the plasma interface between the solar wind and interstellar medium via remote sensing of interstellar neutral material as it passes through the solar system.

In addition to his research program, Walt has over 30 years of experience in the development and use of spectroscopic instrumentation, with an emphasis on suborbital flight.  His research group is currently engaged in an instrument development effort in the area of spatial heterodyne spectroscopy (SHS). SHS instruments occupy a special observational niche by providing very high velocity resolution of angularly extended emission line targets with much higher sensitivity than classical spectroscopy.  Current funding for SHS development has led to new instruments for both ground (visible band) and suborbital (far ultraviolet) observations of comets and the interplanetary medium.