The 2,280th Meeting of the Society

This lecture will discuss the promising propulsion concepts that would enable us to visit successively further regions of our neighborhood in the Milky Way. A revolution in space travel will undoubtedly depend on having cheap access to space. The discussion will start with launch technologies that may decrease the launch cost for deep space travel from about $100,000 per kg to a few hundred dollars per kg. The lecture will then cover the most promising plasma propulsion concepts for taking us cheaply to the Moon and quickly to Mars. The propulsion options for inter-stellar flight and the feasibility of inter-galactic travel will also be discussed, using a recently completed map of the universe. 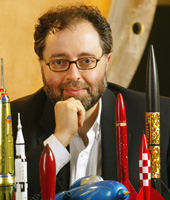 EDGAR CHOUEIRI is Professor of Applied Physics and Aerospace Engineering, Director of the Engineering Physics Program and Chief Scientist and Director of the Electric Propulsion and Plasma Dynamics Laboratory (EPPDyL) at Princeton University. He holds a PhD in Plasma Science from Princeton University. He is the author of more than 145 publications on advanced space propulsion, plasma physics, space physics and applied mathematics. Currently he serves as President of the Electric Rocket Propulsion Society, whose members include hundreds of scientists working on plasma propulsion for spacecraft in more than 15 countries. He is also the President of the Lebanese Academy of Sciences and the recipient of a number of honors and awards including a knighthood of the Order of the Cedar. He was recently elected Fellow of the American Institute of Aeronautics and Astronautics.