The 2,270th Meeting of the Society

Life in the Universe and Its Implications for Humanity

The search for life in the universe remains one of the primary unsolved problems in science. This lecture addresses some of the main themes in the debate over the last few decades. Among the scientific themes are the results from planetary science, including the search for water on Mars and the nature of the oceans of Jovian satellites such as Europa; the advances in the search for extrasolar planets, of which more than 400 are now known even as NASA’s Kepler spacecraft has just begun its search; the latest in origins of life research, including life in extreme environments such as hydrothermal vents; and advances in the Search for Extraterrestrial Intelligence (SETI), including explanations for the Fermi Paradox and possible reasons for “The Great Silence.” Among the philosophical themes are the epistemological status of the anthropic principle, the idea that the universe is fine-tuned for life. I conclude with cultural themes: based on cosmic evolution what might extraterrestrial cultures be like (biological or postbiological?), and what is the impact on humanity if we find such cultures – or if we do not? All these themes are part of the flourishing science of astrobiology. 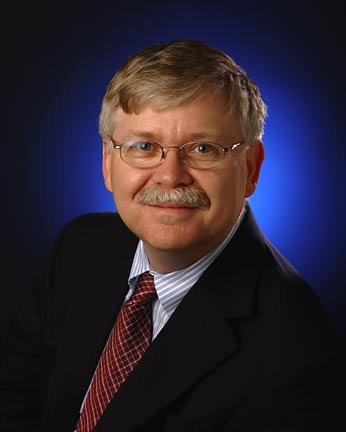 STEVEN J. DICK served as the Chief Historian for NASA and Director of the NASA History Office from 2003-2009. He obtained his B.S. in astrophysics (1971), and M.A. and Ph.D. (1977) in history and philosophy of science from Indiana University. He worked as an astronomer and historian of science at the U.S. Naval Observatory in Washington, D.C. for 24 years, including three years on a mountaintop in New Zealand, before coming to NASA Headquarters in 2003. Among his books are Plurality of Worlds: The Origins of the Extraterrestrial Life Debate from Democritus to Kant (1982) (translated into French), The Biological Universe: The Twentieth Century Extraterrestrial Life Debate and the Limits of Science (Cambridge University Press, 1996), and Life on Other Worlds (Cambridge University Press, 1998), the latter translated into Chinese, Italian, Czech, Greek, and Polish. His most recent books are (with James Strick) The Living Universe: NASA and the Development of Astrobiology (2004), and a comprehensive history of the U. S. Naval Observatory, Sky and Ocean Joined: The U. S. Naval Observatory, 1830-2000 (2003). The latter received the Pendleton Prize of the Society for History in the Federal Government. He is also editor of Many Worlds: The New Universe, Extraterrestrial Life and the Theological Implications (2000), and (with Keith Cowing) Risk and Exploration: Earth, Sea and Stars (2005). His latest works are edited volumes (with Roger Launius) on Critical Issues in the History of Spaceflight (2006) and Societal Impact of Spaceflight (2007), as well as Remembering the Space Age (2008), Cosmos and Culture: Cultural Evolution in a Cosmic Context (2009) with Mark Lupisella, and NASA’s forthcoming 50th anniversary publication, NASA’s First 50 Years: Historical Perspectives (2010). Mr. Dick is the recipient of the NASA Exceptional Service Medal, the Navy Meritorious Civilian Service Medal, the NASA Group Achievement Award for his role in NASA’s multidisciplinary program in astrobiology, the NASA Group Achievement Award for the book America in Space, and the 2006 LeRoy E. Doggett Prize for Historical Astronomy of the American Astronomical Society. He has served as Chairman of the Historical Astronomy Division of the American Astronomical Society, as President of the History of Astronomy Commission of the International Astronomical Union, and as President of the Philosophical Society of Washington. He is a member of the International Astronomical Union, and a corresponding member of the International Academy of Astronautics. Minor planet 6544 Stevendick is named in his honor.