The 2,253rd Meeting of the Society

Double Stars for Fun and Profit

This talk will describe some of the research being done in the field of double or binary stars – using some of the world’s largest telescopes and some of the smallest, instruments. Binary stars can tell us some of the most fundamental information about stars: how big, how hot, how massive, how long they’ll live, whether they can have planets that could possibly harbor life. They can tell us something about how stars are born and how they change as they mature. They can even tell us something about the evolution of our Milky Way Galaxy. Astronomy is one of the rare areas of science where amateurs still play a useful role, and double star work is one specialty within astronomy where they can really shine. This talk will discuss ways in which the contributions of those who do it for fun can complement those who do it for profit (although having a bit of fun in the process). The year 2009 has been named the “International Year of Astronomy” by UNESCO and the International Astronomical Union. This talk will note some of the local events planned in commemoration. 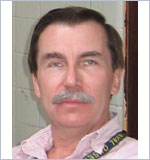 WILLIAM HARTKOPF is an astronomer in the Astrometry Department at the U.S. Naval Observatory in Washington. He came to DC in 1999, after 18 years in the Department of Physics & Astronomy at Georgia State University in Atlanta. There he served as a research astronomer, associate professor, and assistant director of their Center for High Angular Resolution Astronomy. He has served as president of the Double and Multiple Stars Commission of the International Astronomical Union and co-chaired two IAU symposia. He has served on review panels for the National Science Foundation and the Space Telescope Science Institute. He has authored over 200 papers and articles and edited two Books. He has done astronomical observations in Mauna Kea, Hawaii; Mount Wilson, California; and Cerro Tololo, Chile. His research interests are largely centered on the study of binary and multiple stars: observing them using the technique of speckle interferometry, cataloguing them for future astronomers, and analyzing their motions for determination of stellar masses and other fundamental properties. He received B.S. and M.S. degrees in Physics from Rensselaer Polytechnic Institute, in Troy, New York, followed by M.S. and Ph.D. degrees in Astronomy from the University of Illinois at Champaign Urbana.

President Larry Millstein called the 2,253rd meeting to order at 8:18 pm April 3, 2009 in the Powell Auditorium of the Cosmos Club. The minutes of the 2,252nd meeting were read and approved.

Mr. Millstein introduced the speaker of the evening, Mr. William Hartkopf of the U. S. Naval Observatory. Mr. Hartkopf spoke on “Double Stars for Fun and Profit.”

Mr. Hartkopf began by showing a Physics Today cover from 2000 showing the Naval Observatory’s 26-inch telescope, with some antique instruments. The scope is also an antique, having been made 135 years ago, but is still in regular use. The picture showed Simon Newcomb, one of the early scholars of the Naval Observatory, apparently about 1/6 the length of the scope. Mr. Newcomb first studied at the Observatory shortly after the Civil War, when the observatory was located down on the Potomac River. Simon Newcomb was president of the our Society from 1879 to 1880.

What is a double star; what is a binary star; what is a multiple star? Why does the Navy care; why do astronomers care; and can amateurs really help? Can a 135-year-old telescope still make a contribution? These were the questions our speaker engaged.

Double stars are stars that appear close together. Binary stars are pairs of stars that orbit around their joint center of mass. They are different from optical doubles, which appear close together from earth, but are too distant to gravitationally affect each other. Some binary stars have orbits that overlap, like artistically formed figure “eights.” Then, there are multiple stars, more than two stars orbiting a center of mass. There are also “clusters,” or groups of stars weakly affected by each others gravitation. He showed some pictures, basically just spots of light of various intensities on a black field. Stars always look like that. He showed many diagrams to illustrate relative motion of the stars, motion relative to our point of view from earth.

Why is the Navy interested? Stars are very important in navigation. The Navy wants to know where its missiles are going, where the satellites are, and the locations and directions of such things with great accuracy. They work constantly to develop a celestial reference grid.

Minor effects on rotation of earth also are involved stellar navigation. The effect of the Moon is greatest, but earthquakes and storms also affect rotation. Without adjustment for these anomalies, positions would be off by meters within weeks and the errors would get steadily worse. Satellites don't use the global positioning system, they have to use the stars to find themselves.

You might think, do one great survey of stars and you would be done. Alas, it’s not so easy. The stars move. Their motions amount to milliarcseconds a year. It isn’t much, but in 20 years a star can be off by 20 milliarcseconds. There are 70 million stars to track. It is a lot of observation to do at the Observatory.

At the Observatory, their purposes are to:

Publish double star catalogs and databases
Observe doubles and look for new ones
Analyze orbits
Coordinate with amateur and professional observers around the world
With pairs of stars, they don’t measure the two, they measure the center of the two. The proper motion of the photocenter is weighted by the stars’ characteristics. The center is nearer the larger one. If the two have different colors and the instrument is biased toward one color, the photocenter will err toward the one of that color. If they orbit about each other, the center will also move. And half the stars out there are double or multiple; they can't reasonably be ignored.

Stars appear to dance or twinkle because of atmospheric distortion of their light. It is similar to the light dancing on the bottom of a swimming pool.

They correct some of distortion by minimizing the size of the image. They also create artificial stars to assess distortion and correct for it, a practice called “adaptive optics.” They also use a process called “speckle interferometry,” which he called “a poor man’s adaptive optics. He showed an illustration of how they use a speckle interferogram to improve resolution.

He turned to the 26 inch scope, which unfortunately he did not bring with him. It is in use, he said, on every clear night. Despite the bright lights of our fair city, there are tens of thousands of stars to look at. The field of view is limited to .2 arcsecond.

They use a process he called the vector autocorrelation method to measure differences between every bright pixel in the frame. The maximum resolution by the speckle technique is limited to the aperture of the telescope. To better that, they use telescope arrays. These instruments combine light from more than one telescope to obtain high resolution images of distant stars. Using arrays, they “synthesize” telescopes with apertures in the hundreds of meters.

One array instrument is the one at the Center for High Angular Resolution Astronomy of Georgia State University. Located at Mount Wilson, near Los Angeles, this instrument is composed of one 100 inch telescope and six 1 meter scopes on three radials from the big one. The maximum distance between scopes is 330 meters. Light is combined optically using mirrors and the light travels in vacuum tubes. There are 40 reflections involved, and even at 98% mirror efficiency, much light is lost.

Mass is the fundamental information to know about a star. It relates to how bright it is, how much fuel it has, and how long it will burn.

A visual double is one where both stars can be seen. Sometimes the orbit is edge on and the double must be inferred from variations in brightness due to eclipses. Another technique is to infer from the variable radial velocity using the Doppler effect. Submotion in a distant star can indicate a closer physical pair.

He discussed techniques for determining stellar mass from binaries. He pointed out that more massive stars are also more luminous. For some reason, younger stars are more likely to be binaries and are likely to be hotter.

He told of runaway stars, stars moving out of a cluster. This is thought to be caused by close encounters of binaries or supernova explosions.

He spoke of “fragile” binaries, where the stars are far apart. If they survive, it is because there is little mass in the galaxy. He described “interacting” binaries, where one draws matter from the other.

Some of the greatest double star observers have been amateurs. Currently about 1/3 of measures of double stars in USNO catalogues come from amateurs.

Some of the current questions in astronomy are:

One celebratory event remains, an October event involving telescopes on the Mall.

In the question period, someone asked about using laser light reflecting off satellites to refine telescopy techniques. “No,” Mr. Hartkopf replied. The satellites would have to be very close together, approximately one arcminute or less. Also, you would need a heck of a lot of them.

Another asked if, when they use laser lights as artificial stars, isn’t the light getting distorted on the way up as well as down? “Yes,” he said, “That does have some effect.” Not as much as you might think, as they use a blue or ultraviolet laser that shoots up and excites sodium. Natural stars are the best, and the very best is a single star in a triple.

He was asked what it is like to observe with the Soviet six meter telescope. He said he hasn’t done it yet. The images he had from it were provided by a colleague.

About light pollution, he said that, actually, the best times to observe are hazy summer evenings. The few stars that are visible are seen clearly. It has been worse; in the 19th century it was terrible because of all the industry.

Mr. Millstein thanked our speaker. He presented a plaque commemorating the occasion. He announced the 2254th meeting and made some housekeeping announcements. He encouraged guests to join. He invited folks to consider sponsoring meetings. Finally, at 9:48 pm, he adjourned the 2,253rd meeting to the social hour.