The 2,299th Meeting of the Society

Enceladus, an icy moon of Saturn just 300 miles in diameter, is one of the most remarkable worlds in the solar system. Close-up observations by the Saturn-orbiting Cassini spacecraft in 2005 demonstrated that Enceladus is spraying plumes of ice and water vapor thousands of miles into space from four warm trenches near its south pole. This discovery makes Enceladus the only known geologically active ice world. Cassini has continued to explore Enceladus since 2005 with a daring series of close flybys, flying deep into the plume, returning incredibly detailed images of the plumes and the rugged surface of Enceladus, and mapping the heat escaping from its active fractures. The active plumes not only make Enceladus exceptionally interesting, but they conveniently deliver fresh samples from its interior directly into Cassini’s instruments. Onboard analysis of these samples strongly suggests that the plumes erupt from reservoirs of liquid water somewhere beneath the south pole of Enceladus, and that the water might be connected to an underground ocean. This warm, wet, interior, which is rich in complex carbon-based molecules, makes Enceladus one of the most promising known environments for extraterrestrial life. This richly illustrated talk will describe Enceladus’ place in the Saturn system, the discovery of activity, what we have learned from Cassini’s continued exploration of Enceladus, and the prospects for future missions to this fascinating world. 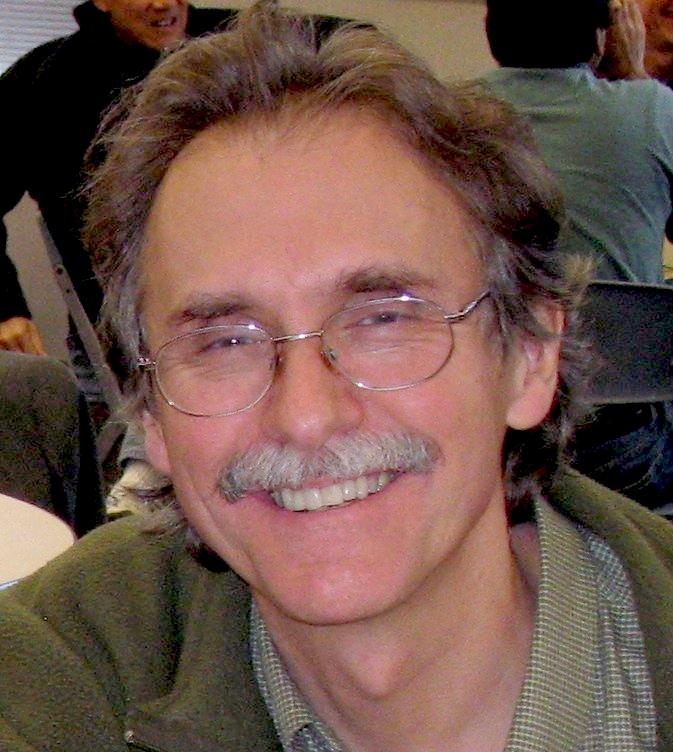 JOHN SPENCER is Institute Scientist at Southwest Research Institute’s Department of Space Studies in Boulder, Colorado. He earned a BS in Geology from Cambridge University and a PhD in Planetary Sciences from the University of Arizona. Before joining the Southwest Research Institute he worked at the University of Hawaii, and at the Lowell Observatory in Flagstaff, Arizona. He was a science team member on the Jupiter-orbiting Galileo spacecraft, and is now working on the mapping of temperatures on Saturn’s moons using the Composite Infrared Spectrometer (CIRS) on the Cassini Saturn orbiter. He is also a member of the science team on the New Horizons mission which will reach Pluto in 2015. He recently worked on NASA studies of future missions to Enceladus and Jupiter’s moon Europa, and led the Outer Planet Satellites panel of NASA’s 2009-2011 Planetary Decadal Survey. John specializes in studies of the large moons of the outer planets, and Pluto, using Earth-based telescopes, close-up spacecraft observations, and the Hubble Space Telescope. He is particularly interested in the geologically active worlds Io (a moon of Jupiter), and Enceladus (a moon of Saturn). His work includes the discovery of several major volcanic eruptions on Io, and the first observations of Io’s volcanic eruption plumes with the Hubble Space Telescope, including the discovery of sulfur gas in the plumes. He helped to discover icy volcanic activity on Saturn’s moon Enceladus, oxygen in the ice of Jupiter’s moon Ganymede, and the probable explanation for the black-and-white appearance of Saturn’s moon Iapetus.

President John Ingersoll called the 2,299th meeting to order at 8:19 pm March 30, 2012 in the Powell Auditorium of the Cosmos Club. Mr. Ingersoll announced the order of business and introduced three new members of the Society, including the speaker of the evening.

The minutes of the 2,298th meeting were read and approved with one correction.

Mr. Spencer began by explaining that Enceladus, a small moon in a large eccentric orbit around Saturn, has been of interest to astronomers since the 1960's. Long exposure photographs of Saturn had shown a faint outer ring of dust, called the e-ring, with a sharp density peak at Enceladus's orbit and a particle lifetime estimated at only thousands of years. He believes that recent measurements by the Cassini mission describe Enceladus and the e-ring as one of the most amazing places humanity has learned about in the last few decades of space exploration.

Images from the Voyager spacecraft in 1981 showed Enceladus to have a bright, smooth surface with intriguing formations and surprisingly few impact craters. When the Cassini mission was being planned and launched in 1997, several flybys of Enceladus were included to examine the moon's surface. Cassini achieved very precise flybys in 2005, at a mere one hundred miles from the surface, thanks to exceptional engineering, planning, and the use of Titan's gravity to bend its trajectory without using much fuel, Mr. Spencer said.

While on approach to Saturn, Cassini's ultraviolet observations showed neutral oxygen in the Saturn system, unexpectedly strong magnetometer readings near Enceladus, and a strange glow near the south pole of the moon. The photographs taken during the ensuing flybys confirmed far fewer impact craters than expected for the age of the moon, craters that seemed to be deformed, huge trenches near the south pole, and incredible mountain ranges, all signs of an active, young surface. The four largest southern trenches are parallel, nearly devoid of craters, incredibly rugged, and intensely hot.

Mr. Spencer also described how Cassini's ultraviolet instruments measured the spectrum and brightness of a star passing behind Enceladus, noting that the starlight dimmed well before it disappeared behind the edge of the moon. This meant something else was blocking the light from the star and spectral analysis suggested it may be a huge cloud of water vapor over the south pole. When Cassini then flew through this cloud, its particle detector and mass spectrometer confirmed the cloud contents are mostly water vapor and salty ice with some carbon dioxide, methane, and nitrogen. Months later, Cassini took the first images of the many giant geysers jetting out of the large fractures near the south pole, clearly showing the material escaping Enceladus's gravity to feed Saturn's e-ring.

Mr. Spencer explained that the heat near the jets, far greater than sunlight could provide, is generated by tidal warming. Enceladus's eccentric orbit, which experiences a maintaining two-to-one resonance with the moon Dione, causes Enceladus to physically elongate when it is closer to Saturn and relax back to a spherical shape as it moves away. The bulge caused by this elongation always points towards Saturn but Enceladus is also rotating so this internal friction causes significant heat inside moon, Mr. Spencer said. Precise gravitational measurements of the moon imply a rocky core and a significant amount of ice near the surface, perhaps even an ocean deep in the interior.

Mr. Spencer described how difficult it is to photograph the trenches due to stark shadowing, but demonstrated how radar images and thermal mapping provide a good estimation of the jets' origin inside each trench. While the jets mostly escape the surface, some material does fall back down and the moon's surface may be covered in a diffuse layer of dust hundreds of meters thick. Beneath the dust, it is theorized that a deep underground liquid saltwater source makes its way to the surface, filling subterranean caverns with pressurized water vapor that then escapes through sub-fractures that behave like jet nozzles.

Mr. Spencer then discussed the possibility of life on Enceladus by explaining that life as we know it requires liquid water, organic chemical building blocks, and chemical energy. Enceladus may be lacking a source of chemical energy deep beneath the crust, where photosynthesis could not occur, and would require an alternative chemical energy source if life were to develop there. If life were one day found on Enceladus it would have likely formed independent from life on our far away Earth, implying a much higher frequency of potentially habitable environments in the universe, Mr. Spencer said.

Mr. Spencer described plans for upcoming high resolution thermal mapping of the southern trenches and additional flybys scheduled for 2015. He noted that Cassini will then focus on other aspects of the Saturn system until it runs out of fuel in 2017 while in orbit between Saturn and its rings. An ideal future mission back to Enceladus would include orbiting the moon to map the entire surface and observe tidal warming directly, flying through the jets with an improved mass spectrometer, and perhaps even returning a jet material sample to Earth for analysis.

In response to a question regarding the jets' effect on Enceladus's orbit, Mr. Spencer clarified that the jets are perpendicular to the orbital plane and are a very small effect, shifting Enceladus in its plane by approximately a meter.

After the question and answer period, Mr. Ingersoll thanked the speaker, made the usual housekeeping announcements, and invited guests to apply for membership. At 9:43 pm, President John Ingersoll adjourned the 2,299th meeting to the social hour.