The 2,298th Meeting of the Society

The Tide Predictions for D-Day

Based on the physics of Newton and Laplace, the big brass tide-predicting machine designed by Lord Kelvin was crucial for the success of the Normandy invasion in World War II. Along the entire French coast of the English Channel the vertical range from low tide to the next high tide exceeded 6 meters. At low tide those large tidal ranges exposed long stretches of beach that Allied soldiers would have to cross under heavy German fire. German Field Marshal Erwin Rommel, believing the Allies would therefore have to carry out their amphibious assault at high tide, built thousands of underwater obstacles in the intertidal zone, positioned so as to be covered by midtide and, unseen, rip out the bottoms of Allied landing craft. But Allied aerial reconnaissance spotted the obstacles and recognizing their purpose changed their invasion plan, making its success even more dependent on accurate tide predictions. The talk will describe the history of our understanding of the tide since ancient times and the development of the tide prediction techniques that resulted in the creation of a brass analog tide predicting machine made up of dozens of gears and pulleys. Its use in making the tide predictions for the secret amphibious landings on the beaches of Normandy will be detailed, including the story of how the harmonic constants put on the machine were developed, and how accurate the predictions were on that fateful day that began the freeing of Nazi-occupied Europe in the spring of 1944. Dr. Parker will end the talk by putting tide prediction and its special nature in the context of other aspects of marine prediction and the greater difficulty in predicting storm surges, waves (and rogue waves), tsunamis, El Nino, and climate change. 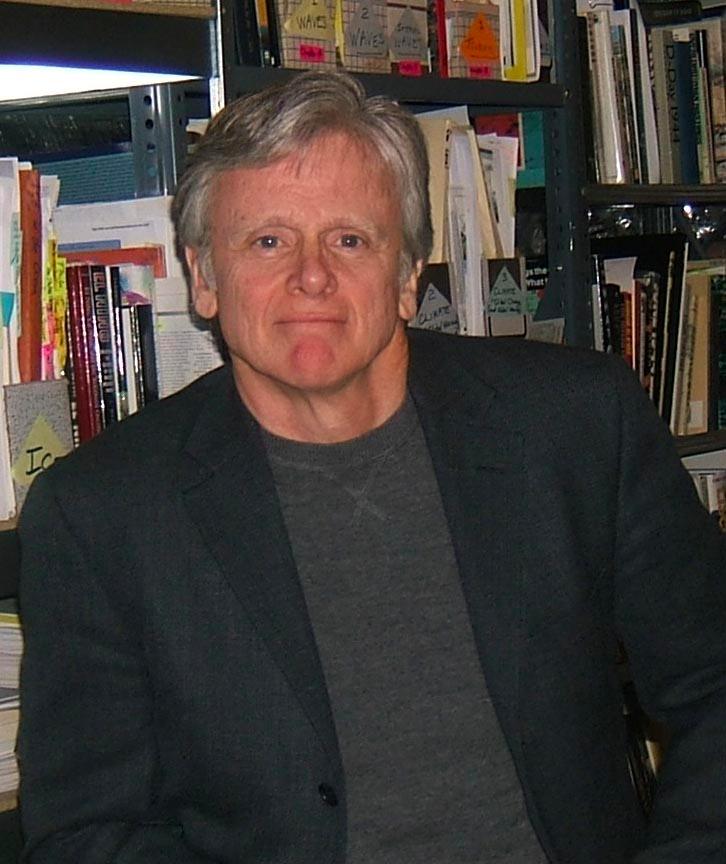 BRUCE PARKER is the former Chief Scientist of the National Ocean Service in NOAA, and is presently a Visiting Professor at the Center for Maritime Systems at the Stevens Institute of Technology. He has a Ph.D. in physical oceanography from The Johns Hopkins University. Dr. Parker is the author of the recent book The Power of the Sea – tsunamis, storm surges, rogue waves, and our quest to predict disasters, which includes the story of the tide predictions for D-Day and a history of tide prediction. He is also the former Director of the Coast Survey Development Laboratory, former Director of the World Data Center for Oceanography, a former Principal Investigator for the NOAA Global Sea Level Program, and at one time ran the U.S. national tides and currents program. His awards include the U.S. Department of Commerce Gold Medal and Silver Medal, the NOAA Bronze Medal, and the Commodore Cooper Medal from the International Hydrographic Organization.

President John Ingersoll called the 2,298th meeting to order at 8:25 pm March 16, 2012 in the Powell Auditorium of the Cosmos Club. Mr. Ingersoll announced the order of business and introduced two new members of the Society, including the speaker of the evening.

The minutes of the 2,297th meeting were read and approved.

Mr. Ingersoll then introduced the speaker, Mr. Bruce Parker of the Center for Maritime Systems at the Stevens Institute of Technology. Mr. Parker spoke on "Maritime Prediction and History: The Tide Predictions for D-Day."

Mr. Parker began by noting that tides were the earliest ocean phenomena that was predictable by man and that tides can be quite dangerous, with tide ranges of 30-40 feet in many parts of the world. Early civilizations needed to predict tides to allow sailors to get their ships into harbor during high tide to avoid running aground and shell fisherman to work on the mudflats during low tide then return safely, he said. These civilizations correctly recognized the correlation with the moon but could not precisely predict tidal behavior.

Mr. Parker continued by describing how other tidal phenomena have led to legends and mythology. A tidal bore, a very long wave that shortens up in shallow water, nearly sank Alexander the Great's fleet on the Indus River in 325BC and the Qiantang river in China has long been famous for a strong tidal bore that still draws tourists today. Tidal whirlpools, which can be very strong when tidal currents are forced through narrow channels, can literally pull ships under water and may have inspired parts of Homer's Odyssey.

Mr. Parker noted that many civilizations made use of their rough predictions, showing evidence of tide locks for ships from Lothal India in 2300 BC, tide tables from 1543, and the enticing of large British warships into shallow areas as the tide was going out during the American Revolutionary War. However, there had not been much success in understanding the tides until 1687 when Newton used gravity to explain why there were two tidal bulges. The Earth and the Moon revolve around a common point and the balance between the gravitational and centrifugal forces causes the two bulges that the Earth rotates underneath every day, Mr. Parker said. Euler later clarified that it is not the raising power of gravity but the radial components of the force that moves the water towards the bulges and later Laplace determined the correct hydrodynamic response from that astronomical forcing. Mr. Parker explained that there are many astronomical frequencies related to the relative motions of the earth, moon, and sun that are needed to correctly predict the tides. Lord Kelvin built an analog computer for tide prediction in 1872 that represented these astronomical frequencies using pulleys, yokes, and gears of appropriate sizes.

When England was under threat from Hitler and the British anticipated a German invasion in 1940, the tides were a very important strategic consideration. The tide ranges along the English coast can be 20-30 ft and low tide reveals far more sand for soldiers to run across while under fire. Therefore, it is ideal to land at high tide during a dark moon, Mr. Parker said, and so these predicted times were considered the most likely for attack and the publication of local tide tables was banned as they might assist the enemy.

Four years later, Rommel was charged with protecting the German coast and he intended to stop the Allies at the beaches in the event of an invasion, filling the intertidal zone with underwater obstacles throughout the coastline. He didn't know when or where the allies would land but was logically sure they would arrive at high tide, Mr. Parker said. The Allies observed the obstacles via airborne reconnaissance and changed their plans to attack at low tide by using demolition to clear channels between the obstacles. The precise tide prediction for this operation was made at the Liverpool Tidal Institute by Arthur Doodson, the most famous tide expert in the world at the time, and William Farquharson, the tidal superintendent for the Royal Navy. Germany controlled France at the time, so the British did not have the harmonic constant data they needed to create the tidal predictions. Therefore, the British sent submarines to secretly collect data near the coast to assist Farquharson in determining the harmonic constants for a secret location called Position Z, which would then be given to Doodson to create the prediction. A tide illumination diagram demonstrated that there were only three days in the month of June that would be ideal for the attack, when the moon was full so that the paratroopers could see where to land and the tide range was low water just after dawn. The next calculated alignment opportunity was two weeks later, so when there was a small break in the bad weather the Allies landed at Normandy beach. During the attack, Rommel was at home with his wife for her birthday and had never quit thinking that Allies would attack at high water, Mr. Parker explained.

It was also necessary to predict sea swell and surf for D-day and until World War II there was no rigorous method for predicting waves. Walter Monk and Harald Sverdrup produced a model considering wind speed, swell from storms, and other factors to determine the level of surf on the beaches. This system was first tested in North Africa by Patton while taking the beaches near Casablanca, but was also very successfully used for D-Day. After D-Day, the Allies were able to keep moving supplies across the Normandy beaches at high efficiency using these wave predictions instead of being forced to capture nearby harbors for logistics suppport.

Mr. Parker also described how notable events or physical phenomena could inspire or explain various legends that have been told through history. When Napoleon was visiting Egypt and wanted to explore, he crossed the northern end of the Gulf of Suez where his scientists had told him exactly when and where low water would expose a dry shoal across the Red Sea. However, he was late returning and the 10ft tide started to come back in, high enough to potentially drown the horses they were riding. Napoleon and his men barely escaped, but he noted that he had been crossing near the location he had been told Moses and the Children of Isreal had crossed. Mr. Parker wondered if the parting of the Red Sea could have been dependent on tide prediction, since Moses was an experienced guide in that area and the Pharaoh would not have been familiar with local tides.

Mr. Parker concluded by discussing other known ocean related disasters such as storm surges, which have killed millions throughout history, focusing on Germany in 1634, the Bay of Bengal in 1864, Galveston in 1900, and the surge in East Pakistan in 1970 that led to the birth of Bangladesh. Mr. Parker also discussed rogue waves, noting the Queen Mary's incident in 1942 and also discussing the Bermuda Triangle. Finally, Mr. Parker discussed tsunami prediction and warning systems, referring to Lisbon in 1755, Krakatoa in 1883, the Indian Ocean 2004, and especially Japan in 2011.

After the question and answer period, Mr. Ingersoll thanked the speaker, made the usual housekeeping announcements, and invited guests to apply for membership. Program Chair Larry Millstein announced the Society's involvement with the Washington Academy of Sciences annual Capital Science conference on March 31, 2012. At 10:16 pm, President John Ingersoll adjourned the 2,298th meeting to the social hour.