The 2,189th Meeting of the Society

The Genome and a Health Care Revolution

The research world of genetics is moving very rapidly in the context of the sequencing of the human genome, and learning more about the genetic factors influencing the development and severity of many common diseases. Genetic testing, and specifically predictive testing, will alter the way medicine is practiced by moving to a more preventive approach. In addition, pharmacogenetic testing for drug responsiveness will help personalize medicine as well. There is some urgency to stimulate education and action by physicians, policy makers, and the public as science will continue its rapid advance. The take home messages will include: collect your family history; engage policy makers in issues around genetic discrimination; and, continue to broaden your understanding of genetics and its impact on your medical care. 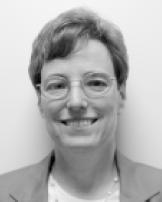 JOANN A. BOUGHMAN is the Executive Vice President of the American Society of Human Genetics. She received her Ph.D. in medical genetics from Indiana University and has served on the faculty in the Department of Human Genetics at the Medical College of Virginia and in the Division of Human Genetics at the University of Maryland. Her research focused on the genetic epidemiology of a number of disorders. She served on the Secretary’s Advisory Committee on Genetic Testing (of the U.S. Department of Health and Human Services), engaged in critical public-policy questions concerning the need for government oversight of genetic testing. She has served as the Associate Vice President for Research, Vice President for Academic Affairs, and Dean of the Graduate School at the University of Maryland.

Mr. Hershey introduced the main speaker of the evening, Ms. Joann Boughman of the American Society for Human Genetics. Ms. Boughman spoke on “Genetic Testing and Personalized Medicine, The Genome and a Health Care Revolution.”

Ms. Boughman reviewed the recent history of human genetics. In 1990, the Human Genome Project was launched, NIH started the Ethical, Legal, and Social Implications program, and the first gene for breast cancer was mapped. Since then, developments have been rapid and many. They include sequencing of the first bacterial gene in 1995, sequencing of a mouse gene and mapping of the human genome in 1996. Sequencing of the human genome was begun in 1999 and draft sequences appeared in 2000 and were published in 2001, ahead of schedule and under budget. The finished version appeared in 2003.

Despite all that progress, we are only entering the genome era, Ms. Boughman believes.

We are now beginning to understand that a gene does not cause a disease. It is only one of many factors, some of them environmental. Making use of genetic disease information involves identifying the controlling gene, understanding the basic defect, and developing diagnostics, preventive measures, drug therapies, and genetic therapies.

The most important genetic test, she said, is family history. She urges her audiences to do this soon; she has seen many cases where passage of time has made it very difficult to collect this information. She recommended two web sites that can be helpful with this: www.ashg.org and www.hhs.gov/familyhistory, and she recommended the Surgeon General's family history tool. Beyond that, current genetic tests include diagnostic tests, newborn screening, carrier testing, prenatal testing, and predictive testing.

Diagnostic testing is often used to confirm or rule out a diagnosis. An example was a 41-year-old male in an emergency room with chest pain. When the doctor learns the man's father and paternal uncle had myocardial infarctions at ages 40 and 44, the diagnosis and treatment proceed quickly. This shows how powerful genetic information can be.

Infant screening is mandated for a number of diseases and this leads to much more effective follow-up and treatment, as does carrier screening. Prenatal screening is often used to assess the health of a fetus, especially when there is a known genetic risk. Predictive testing indicates presymptomatic and predispositional conditions, presymptomatic meaning the disease will develop if the relevant mutation exists and predispositional meaning the development of symptoms is likely but no certain. On the matter of predictions, she quoted Yogi Berra – “Predictions are tricky,… especially ones about the future.”

Information about the future is one distinct feature of genetic tests. They are also exceptional in how they affect family members and in their complex and probabilistic nature.

She sketched two hypothetical scenarios of a woman and her use of genetic information. In one, the woman used the Surgeon General's family history tool early and as a result had a complete gene sequence determined. Following a preventive diet and exercise regime and taking needed treatments promptly, she lived a long and relatively healthy life. In the other scenario, she never heard of the Surgeon General's family history tool. She declined gene sequencing because her brother had lost his health insurance because of genetic information. She ate an unhealthy diet, gained weight and developed high blood pressure. She began a drug treatment for the hypertension but developed a hypersensitivity reaction and stopped taking it. At 50, she developed pain in her left arm. Her M.D., unaware of her risk, diagnosed it as musculoskeletal and prescribed rest. The next day she was back in the ER in cardiogenic shock. Lack of genetic information prevented quick choice of optimal treatment. She died in the emergency room.

Anticipating some of the possibilities suggested by these two scenarios, 37 states have made laws prohibiting discrimination in health insurance employment based on genetic information. The U.S. Senate passed a similar bill by 98 - 0. A bill has been introduced in the House.

Ms. Boughman made some predictions for the future of genomics in medicine. She believes that primary care providers will practice genetic medicine, that cancer therapies will be targeted to the specific types of tumors, that individualized pharmacogenomic treatments will become common, and that there will be interventions available that will use targeted genetic switches. She pointed out, however, that the effectiveness of genetic treatment will depend on accurate transmission of complex and predictive accurate information and on understanding how to act on that information.

She briefly discussed stem cells. There are three types - adult, cord blood, and embryonic stem cells. Embryonic cells, which appear to have the most promise, are grown by taking the inner cell mass out of a blastocyst and putting those cells in a culture to reproduce. There are more than 400,000 blastocysts in freezers that are not going to be used otherwise. However, federal funds cannot be used on stem cells outside the permitted lines. Another possibility is to remove the nucleus from an egg and replace the nucleus with a somatic cell to stimulate division to produce stem cells that will reproduce in a culture.

A hardy Finn from the Gulf of Bothnia, having survived knife fights and wolf attacks, remains concerned about prostate cancer. Is there a test for it, he asked? Not a specific one, Ms. Boughman said.

What are the non-genetic diseases? Too numerous to count. Viral and bacterial infections, certainly, and AIDS. She mentioned, however, that some people seem to be naturally resistant to AIDS, which is a fascinating clue to how it might be treated.

One person asked if it is true that there are about 100,000 genes and that 1000's of them do nothing. Although it once was thought there were 80 - 100,000 genes, it now appears there are about 25,000, which is interesting, because some other species have far more. The so-called unused genes are important as place-holders and it appears they are somehow very important. They are like junk, not like garbage. Garbage is thrown out, junk is put in the attic. The chimpanzee and human are 98 percent alike in their genes. Perhaps the spacing will explain some of the differences.

Mr. Hershey announced the next meeting and made the parking announcement. He invited and encouraged people to join the Society, and finally, he adjourned the 2,189th meeting at 9:35 to the social hour.