The 2,278th Meeting of the Society

“I Am Compelled to Differ”

The Philosophical Society in 1883: Bell, Gallaudet, and Powell

The Philosophical Society of Washington has a rich history of debate on the important scientific issues of the day. This lecture will begin by recounting the 239th meeting of the Society on October 27, 1883. On that night, with John Wesley Powell occupying the President’s Chair, two of the Society’s members engaged in a spirited debate on the proper teaching of deaf children. Alexander Graham Bell argued that deaf children should be taught to speak. E.M. Gallaudet was, however, “compelled to differ,” arguing that sign language was the appropriate communication method for the deaf. Just two weeks after his address to the Society, Bell gave his famous Deaf Eugenics Lecture at the National Academy of Sciences. 1883 was a banner year for the Society, and this lecture will further explore the Society’s operations and scientific interests during that year. In addition to Powell, the General Committee included such notables as astronomer Asaph Hall, who discovered the moons of Mars, meteorologist Cleveland Abbe, known as “Old Probability,” and geologist Clarence Dutton, who coined the term “isostasy.” While looking at the Society’s past, the lecture will also take stock of the Society today and explore how it can continue the mission of its 19th century founders in the 21st century. 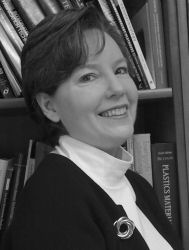 ROBIN M. TAYLOR is an attorney who practices law with the Lepon Law Firm in McLean, Virginia. She provides strategic advice on the business and legal aspects of technology company operations in the areas of commercial contracts, regulatory compliance, mergers and acquisitions, and intellectual property. She is a member of the bars of the District of Columbia and Virginia. Previously, she was counsel to an international labor union and its affiliated pension funds. She is an adjunct Professor at George Mason University School of Law where she teaches contract drafting. Ms. Taylor is also a Certified Public Accountant. She is a Phi Beta Kappa graduate of the University of North Carolina at Chapel Hill with a B.S. in Business Administration, an honors graduate of the University of North Carolina School of Law, and holds a Master of Laws in Taxation degree from the Georgetown University School of Law. Ms. Taylor is currently pursuing graduate studies in epistemology and the philosophical and theological implications of process thought.