The 2,409th Meeting of the Society 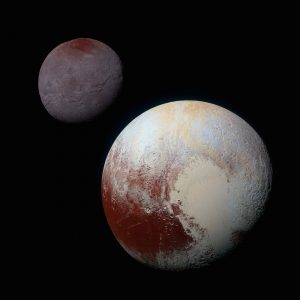 This lecture will describe scientific issues involved in deciding on a definition for the term “planet,” stressing the value of data developed since the 1990s that planetary types are more diverse than had been imagined.  The lecture will describe a proposed new formal definition, the Geophysical Planet Definition (GPD), according to which “A planet is a sub-stellar mass body that has never undergone nuclear fusion and that has sufficient self-gravitation to assume a spheroidal shape adequately described by a triaxial ellipsoid regardless of its orbital parameters.”  The lecture will explain why planetary scientists created the GPD, its advantages in classifying planetary bodies, and why it is superior to the definition adopted not long ago by the IAU that classifies some planetary bodies, such as Pluto, not as “Planets” but as Dwarf Planets.  The lecture will also touch on flaws in the way the IAU’s planet definition was established and why voting is not an appropriate method for making scientific decisions, such as categorization.

The International Astronomical Union (IAU) has been the arbiter of planetary and satellite nomenclature since its inception 100 years ago in 1919, and this was one of the reasons for forming such an international body.  Agreeing on names and conventions is a necessary part of international science, although it is not itself a science.  Normally, IAU technical working groups make recommendations and decisions that primarily affect professional astronomers.  However, from time to time, the IAU takes decisions and makes recommendations on issues concerning astronomical matters affecting other sciences or the public.  Such decisions and recommendations are not enforceable by any national or international law, rather they are international agreements on conventions.  As a result IAU decisions have to have broad consensus to be effective.

When Pluto was discovered, in 1930, it was thought, incorrectly as it turned out, to be a few times larger than the Earth.  It is now known instead to be smaller than the Earth, indeed, smaller than the Moon.  Many new Trans Neptunian Objects (TNOs) similar to Pluto have been discovered since then.  One of them, TNO, 2003 UB313, found by Mike Brown in 2006 is estimated to be larger than Pluto.  The IAU faced a conundrum naming this object because the naming conventions for minor solar system bodies were different from those for planets and because there had never been a formal definition of a planet.  The IAU had to make a decision on the definition of a planet in order to name the new class of TNOs.  Were all the TNOs to be called planets or was Pluto, which all experts agreed was one of the TNOs, to have a special status?  To establish a clear taxonomy, the IAU established a formal definition for “planet” in the solar system as “(a) a celestial body that is in orbit around the sun, (b) has sufficient mass for its self-gravity to overcome rigid body forces so that it assumes a hydrostatic equilibrium (nearly round) shape, and (c) has cleared the neighborhood around its orbit.”  As is now well known, Pluto did not meet all three criteria and, according to a companion definition, was classified with its fellow TNOs, as a “Dwarf Planet.”

This lecture will discuss some of the considerations of the IAU executive and its working groups during the Prague General Assembly of the IAU in August 2006 that led the IAU to introduce the category of dwarf planets for these TNOs, and to include Pluto in this classification. 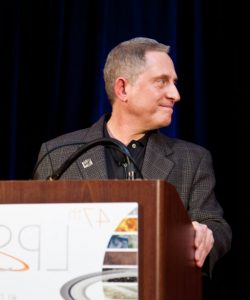 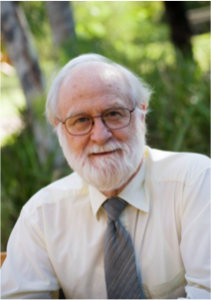 Alan Stern is a planetary scientist, space program executive, aerospace consultant, and author.  He leads NASA’s New Horizons mission to the Pluto system and the Kuiper Belt.  He also is CEO of The Golden Spike, and he heads a private consulting service to clients such as Ball Aerospace, Johns Hopkins University, Blue Origin, Virgin Galactic, Moon Express, and The Google Lunar X-Prize team.  In addition, he serves as Associate Vice President and Special Assistant to the President at the Southwest Research Institute, Chief Scientist of World View, and Chief Scientist of the Florida Space Institute.  He was appointed a member of the US National Science Board in 2018.  Previously, among other positions, he served as chief of NASA’s space science missions.

His academic research has focused on studies of the Kuiper Belt and the Oort cloud, comets, the satellites of the outer planets, the Pluto system, and the search for evidence of solar systems around other stars.  He has also worked on spacecraft rendezvous theory, terrestrial polar mesospheric clouds, galactic astrophysics, and studies of tenuous satellite atmospheres, including the atmosphere of the moon.

He is an author on more than 290 technical papers and 40 popular articles.  He has given over 400 technical talks and over 200 popular lectures and speeches about astronomy and the space program. He also has written two books, “The U.S. Space Program After Challenger” and “Pluto and Charon: Ice Worlds on the Ragged Edge of the Solar System”, with a third on the way.  Alan also is editor of three technical volumes and three collections of scientific popularizations.

He is a fellow of the AAAS and of the Royal Astronomical Society.  He has been awarded NASA’s Von Braun Aerospace Achievement Award, the Smithsonian Magazine’s American Ingenuity Award, the American Astronautical Society’s Sagan Memorial Award, and he has twice been named to the Time 100 list.

Ron Ekers is a CSIRO Fellow and an Adjunct Professor at Curtin University in Perth.  He was President of IAU from 2003-2006.

Ron has had an international career in developing radio astronomy technologies and techniques and in radio astronomy research.  He has pursued broad research interests, including work on extragalactic astronomy and cosmology, galactic nuclei, ultra high energy particle physics and fast radio bursts.  He has specialized in innovative applications of radio astronomical techniques to a wide range of astrophysical problems.

Previously, he served as the first director of CSIRO’s Australia Telescope National Facility (ATNF) and as first director, post-construction, of the Very Large Array in the US.  More recently he has been instrumentally involved in all aspects of the international proposal to build the Square Kilometer Array (SKA) radio telescope.

Ron earned a BSc in Physics at The University of Adelaide and a PhD in Astronomy at The Australian National University.

On April 29, 2019, in the John Wesley Powell Auditorium of the Cosmos Club in Washington, D.C., President Larry Millstein called the 2,409th meeting of the Society to order at 8:01 p.m. He announced the order of business, that the evening’s debate would be livestreamed on the internet, and welcomed new members to the Society.

Arguing first, Ekers explained when the celestial body 2003 UB313 was discovered in 2006, and appeared larger than Pluto, the IAU needed to define whether or not it was a planet to determine which naming convention to apply to the body. That year, the IAU convened in Prague and through democratic process defined a planet to be an object in our solar system that orbits the sun, is rounded by its own gravity, and “cleared the neighborhood” around its orbit. Because clearing orbit focuses on the gravitational effect an object has on other objects, the IAU definition is one of dynamics. By this definition, 2003 UB313 was deemed not a planet. So, too, was Pluto.

In rebuttal, Stern advocated the GPD, of a planet as a celestial body that is rounded by its own gravity and has not undergone nuclear fusion in its interior, regardless of orbital parameters. This definition is agnostic to the number of planets and applies to all planetary systems. Stern rejected the IAU definition as a product of non-expert consensus. Stretching the IAU’s logic to the extreme, Stern said no solar system planets meet the IAU’s definition of a planet because none of them have definitively cleared their orbits.

In reply, Ekers defended the IAU’s requirement that a planet clear its orbit as one of practicality. The orbit of big planets around the sun are not significantly affected by the gravity of smaller objects around them, unlike Kuiper Belt objects that are in resonant orbit with the big planets. He added that a 2015 paper by Jean Luc Margot showed the IAU definition is sound.

Speaking last, Stern said the Margot paper showed that identical objects would be classified differently under the IAU’s definition, based solely on their locations in the solar system. Stern then highlighted a 2018 paper by planetary scientist Philip Metzger, which found that no planetary science research papers used the IAU definition, except for papers about the definition itself.

The speakers then took questions from the audience. One member asked whether the geophysical planet definition would define the moons as planets. Stern answered the GPD is not orbit-dependent, and that planetary scientists sometimes do refer to moons as planets. Ekers said the IAU definition is for the general public, who he does not believe would accept defining moons as planets.

Another member asked how the IAU addressed exoplanets. Ekers said the IAU definition was only for objects in our solar system and does not address exoplanets. Stern said there should be a single definition for planets regardless of their location.

Following the robust question and answer period, President Millstein invited audience members to vote on the PSW website in favor of either the IAU definition or the GPD. When voting closed, the IAU definition received 33 votes and the GPD received 175 votes.

Temperature: 13°C
Weather: Cloudy
Attendance in the Powell Auditorium: 132
Viewing Through the Live Stream on the PSW Science YouTube Channel: 367