The 2,410th Meeting of the Society

The Big Bang and Inflation

Glimpsing The Beginning of Time From the Ends of the Earth

What would it have been like to be an eyewitness to the Big Bang?  How did the universe begin and how might it end?  New telescopes being fielded at the South Pole in Antarctica and in the high Atacama Desert of Northern Chile seek to answer these questions, and others, by observing the Cosmic Microwave Background (CMB) (the universe’s oldest light) with unprecedented sensitivity and precision.

The possibility that paradigm-shifting discoveries can be made by these instruments is the result of dramatic technological advancements in instrumentation, perhaps most especially, ultra sensitive quantum sensors that operate at temperatures thirty times lower than the coldest temperature of intergalactic space.  While the development of these ultra-cold, ultra-sensitive detectors has been essential, it is not just the vast increase in performance and the number of detectors that can be used together that are opening new windows into the early universe.  The concomitant development of new theoretical and analytical information processing tools, capable of working with petabytes of raw data, are providing another animating impulse to experimentalists to undertake bold new projects to see further and further back in time.

This lecture will discuss the experimental and theoretical underpinnings that allow physicists to detect and analyze signals from the beginning of the universe.  And it will present the scientific, technological and personal journey of the speaker beginning with the BICEP project at the South Pole up to the most ambitious CMB project ever designed – The Simons Observatory.   It will also discuss the Simons Observatory in depth, a new cosmic microwave background experiment being built in the Atacama Desert of Northern Chile, due to begin observations in 2022.  The lecture will describe the goals of the project, how it will it advance cosmological research and how it will move us a step closer to fulfilling humanity’s enduring desire to glimpse the earliest cosmic past and see deeply into the future. 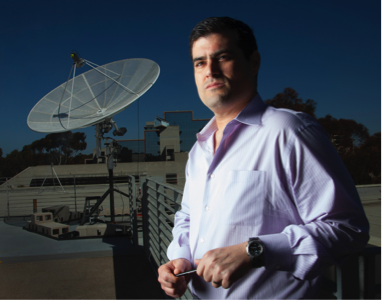 Brian’s research focuses on questions in cosmology using optical, infrared, and microwave radiation detectors on state-of-the-art telescopes to see ancient light and discern the fundamental forces and fields that operated at the earliest moments of the universe.  He pioneered the search for the earliest physical evidence of the inflationary epoch, the expansion of space in the early universe theorized to have occurred directly after the Big Bang, and he is a leading expert in the study of the cosmic microwave background, universe’s oldest light.

Brian is an author of over 100 scientific publications, an inventor in two US Patents and the author of one book, “Losing the Nobel Prize” selected by numerous critics as one of the year’s best science books when it was published.

Among other honors and awards Brian is the recipient of the Buchalter Cosmology award and an elected Fellow of the American Physical Society.

On May 17, 2019, in the John Wesley Powell Auditorium of the Cosmos Club in Washington, D.C., President Larry Millstein called the 88th Joseph Henry Lecture and 2,410th meeting of the Society to order at 8:02 p.m. He announced the order of business, that the evening’s lecture would be livestreamed on the internet, and welcomed new members to the Society. The minutes of the previous meeting were then read and approved.

President Millstein then introduced the speaker for the evening, Brian Keating, Professor of Physics, Center for Astrophysics and Space Sciences, of the University of California at San Diego. His lecture was titled, “The Big Bang and Inflation: Glimpsing The Beginning of Time From the Ends of the Earth.”

Keating began by discussing what he called five great debates in astronomy. The first was Galileo Galilee’s revolutionary 17th century use of the telescope to observe the sky and to contradict geocentrism.

The third great debate was what is commonly known as The Great Debate, which began on April 26, 1920, at the Smithsonian Museum of Natural History. That debate addressed whether observed nebulae were part of or far away from the Milky Way. In 1923, Edwin Hubble determined the nebulae were outside our galaxy.

The fifth great debate is ongoing, addressing whether our universe is just one of an infinite possible number of universes, called the multiverse.

Looking out into the universe, scientists have observed other galaxies, the Dark Ages, and the Recombination Era in which the cosmic microwave background formed. Scientists are now working to see into the first trillionths of a second after the Big Bang, for evidence of inflation that would prove the existence of the multiverse.

Some scientists predict that if inflation took place, there would unavoidably be waves of gravity permeating the entire cosmos. And, if true, light from the time of the CMB would “shake up” the polarization of the CMB in a predictive way called “B-mode polarization.”

Using the BICEP2 microwave telescope, Keating’s team searched for polarized light arising from the interaction of light with electrons in a b-mode class, which Keating said can only come from gravitational waves. BICEP2 was mounted in Antarctica for its low water vapor, and its relative cost effectiveness compared to a space-based telescope.

After one year of observation, on March 17, 2014, without peer review, Keating’s team announced the detection of B-mode polarization indicative of the presence of primordial waves of gravity, which is indicative of inflation and therefore the multiverse. The team was immediately lauded by prominent physicists and the media, and predicted to be awarded a Nobel Prize.

But interstellar dust is ubiquitous, and Keating’s team ultimately concluded that they were deceived by such dust and had not seen evidence of the early universe.

Keating said he has learned from his mistake and now leads the Simons Observatory, a new CMB experiment being built in the Atacama Desert of Northern Chile, due to begin observations in 2022. The Observatory will search for b-modes using a 6m telescope joined by three small aperture telescopes, simultaneously scanning at six microwave frequencies. Light will enter through a receiver and be cooled to 0.1 degrees above absolute zero. The detectors can see simultaneously see two different frequencies and polarizations. These technological advancements will hopefully eliminate the deceptive effects of interstellar dust.

Keating thus remains optimistic that learning from mistakes in science will lead to further discovery.

Temperature: 25.5°C
Weather: Cloudy
Attendance in the Powell Auditorium: 151
Viewing Through the Live Stream on the PSW Science YouTube Channel: 33