The 2,400th Meeting of the Society

Advancing the Frontiers of Science and Engineering

NSF’s Big Ideas represent areas that have been identified as ripe for rapid advancement and significant societal impacts.  These ideas require basic, fundamental research, with input from multiple disciplines, and teams of researchers coming together to solve the big challenges.  This talk will present all 10 Big Ideas.  Six of the Big Ideas are research directions, such as the Quantum Leap and Understanding the Rules of Life.  The other four Big Ideas are process ideas, such as NSF INCLUDES for broadening participation in STEM, and NSF 2026 for identifying the next group of Big Ideas. The talk will also describe Convergence Accelerators, a new structure NSF will launch this fiscal year for performing cross-disciplinary research in an accelerated fashion. NSF has been building a foundation for the Big Ideas through pioneering research and pilot activities since 2018.  In 2019, NSF will invest $30 million in each of the Research Big Ideas, and significant amounts in the Process Big Ideas.  NSF will continue to identify and support emerging opportunities for U.S. leadership in Big Ideas that serve the Nation’s future.  The talk will review plans for each of the Big Ideas in the FY2019 budget and beyond.  Outcomes from a few of the pilot projects will be presented, highlighting the potential impact these programs’ funding of fundamental research is having on society. 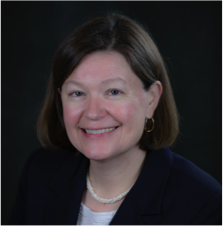 Dawn M. Tilbury is Assistant Director for the Directorate for Engineering at the National Science Foundation, and she is Professor of Mechanical Engineering and Electrical Engineering and Computer Sciences at the University of Michigan, Ann Arbor. Dawn’s research has been broadly in the area of control systems, including applications to robotics and manufacturing systems.  She is an author on more than 150 articles in refereed journals and conference proceedings, and she is co-author (with Joseph Hellerstein, Yixin Diao, and Sujay Parekh) of the textbookFeedback Control of Computing Systems.  She has served on many government and industry advisory councils and committees, and in addition to teaching a wide variety of courses at Ann Arbor, she has advised more that 20 PhD students. Among other honors, Dawns is an elected Fellow of the IEEE, an ASME Fellow, and a Life Member of SWE.  She has been awarded the EDUCOM Medal (with William Messner), the AACC’s Eckman Award, the SWE Distinguished Engineering Educator Award, and the Rabins Leadership Award of the ASME Dynamic Systems and Control Division. Dawn earned her BS in Electrical Engineering at the University of Minnesota, and her MS and PhD degrees in Electrical Engineering and Computer Sciences at UC – Berkeley.

On December 7, 2018, President Larry Millstein called the 2,400th meeting of the Society to order at 8:04 p.m. in the John Wesley Powell Auditorium of the Cosmos Club in Washington, D.C. He announced the order of business, that the evening’s lecture would be livestreamed on the internet, and welcomed new members to the Society. The minutes of the previous meeting were then read and approved.

President Millstein then introduced the speaker for the evening, Dawn Tillbury, Assistant Director for the Directorate for Engineering at the National Science Foundation. Her lecture was titled, “NSF’s Ten Big Ideas: Advancing the Frontiers of Science and Engineering.”

NSF is broadly tasked with promoting the progress of science “to advance the national health, prosperity, and welfare” and “to secure the national defense.” In Fiscal Year 2017, in pursuit of its mission, NSF spent 93% of its $7.5 billion budget to other organizations to fund research, education, and related activities.

In that context, NSF has developed its “10 Big Ideas” for future investments that it believes are ripe for rapid advancements in science and engineering that will have significant societal impacts.

Tillbury began by emphasizing NSF’s four “process ideas,” which she says are fundamental to the success of the six “research ideas.”

The first process idea is “Growing Convergence Research at NSF,” to fund “high risk” research requiring collaborations between disciplines. Last year, NSF received more than 100 proposals for convergence research, including those to address food, energy, and water concerns, pandemics and infections, and disaster preparedness and recovery.

Second is to establish a method for funding “Mid-Scale Research Infrastructure” in the $7-70 million range. NSF has already received more than 200 responses for research ideas and is now soliciting project proposals.

Third, solicit the general public for more big ideas via the “NSF 2026 Idea Machine.” Open from August 2017-October 2018, the Idea Machine received over 700 submissions. NSW will evaluate and select several dozen submissions based on their potential value to society. Selectees will be invited to make video presentations for public comment. Ultimately, NSF will fund finalists up to $26,000.

And fourth, “NSF Includes” to expand participation in science and engineering to all sectors of society. To illustrate the need for such effort, Tillbury described both the systemic obstructions she encountered in her own engineering career, and more recent research conclusions on continued obstacles for members of under-represented communities in science.

Tillbury then briefly addressed each of NSF’s six “research ideas”: “Windows on the Universe: Multi-Messenger Astrophysics,” “Navigating the New Arctic,” “Understanding the Rules of Life,” “The Quantum Leap: Leading the next Quantum revolution,” “Harnessing the Data Revolution,” and “The World of Work is Changing.”

Tillbury concluded by discussing “Convergence Accelerators,” components of a strategy to encourage multi-disciplinary collaboration that NSF hopes will lead research to progress more quickly than if conducted in isolation.