The 2,314th Meeting of the Society

Making People Sick in the Pursuit of Health

Over the past several decades, there has been a growing enthusiasm for early diagnosis – engaging many physicians in a systematic search for abnormalities in people who are well. Partly as a result, diagnoses of a great many conditions, including high blood pressure, osteoporosis, diabetes, and even cancer, have skyrocketed over the last few decades. Yet many of the individuals given these diagnoses never develop the symptoms from their conditions. They are overdiagnosed. And, while overdiagnosed patients cannot benefit from treatments for these conditions – there is nothing to treat – the treatments themselves can be harmful to them. Because of this it is critical to understand the trade-offs between diagnosis and over-treatment, and to be sure that health care systems don’t narrow the definition of normal so that – ironically – people are needlessly turned into patients and subjected to treatments that do harm instead of good. The lecture will discuss the definition of overdiagnosis – the detection of an “abnormality” that would have otherwise never become evident during an individual’s lifetime. It will describe the proximate mechanisms for overdiagnosis in current medical practice, such as changing rules, seeing more, looking harder, and tumbling onto things. It will explore the evidence for overdiagnosis and its harms. And it will consider approaches to mitigate the problem. 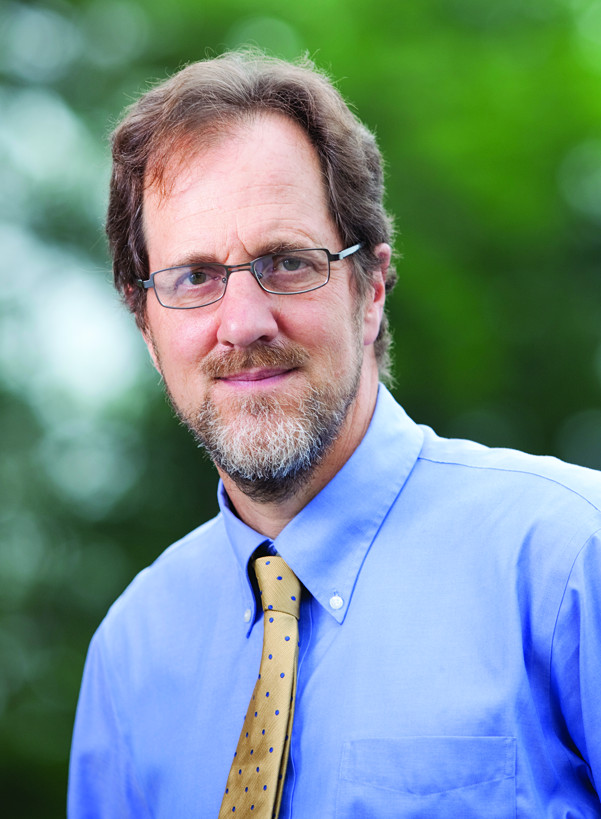 H. GILBERT WELCH is Professor of Medicine at the Dartmouth Institute for Health Policy and Clinical Research in the Geisel School of Medicine, Professor of Public Policy at Dartmouth College, Professor of Business Administration at Dartmouth’s Amos Tuck School and a practicing general internist at the White River Junction Veterans Administration Medical Facility. He has been practicing medicine and doing medical research for 25 years, and for a time served as Visiting Scientist at the International Agency for Research on Cancer. His research has been on early detection of diseases, particularly melanoma, thyroid, lung, breast and prostate cancer. The research has led him to counter-intuitive conclusions: that physicians test too often, treat too aggressively and tell too many people that they are sick without significant health benefits, often with detrimental effects. His scholarly work has been published widely in leading medical journals, including the Annals of Internal Medicine, the Journal of the American Medical Association, the New England Journal of Medicine and the Journal of the National Cancer Institute. He is published frequently in the national media, including the New York Times and Los Angeles Times. His first book, Should I be tested for cancer? Maybe not and here’s why was listed by Malcolm Gladwell as one of the six “best books” of the year in The Week. His second book, Overdiagnosed: Making people sick in the pursuit of health, was published in 2011.

President John Ingersoll called the 2,314th meeting to order at 8:21pm March 8, 2013 in the Powell Auditorium of the Cosmos Club. Mr. Ingersoll announced the order of business and asked Audit Committee Chair Larry Millstein to present the results of the annual Audit Committee meeting. Mr. Millstein reported on behalf of the committee that the records and financial reports of the operating fund and trust fund of the Society for the period December 1, 2011 through November 30, 2012 are fairly stated and show no evidence of material errors or omissions. The committee commended Treasurer William Maisch for his service to the Society.

The minutes of the 2,313th meeting were read and approved.

Mr. Ingersoll thanked member Tim Thomas for his sponsorship of the meeting's lecture and introduced the speaker, Mr. H. Gilbert Welch of the Dartmouth Institute for Health Policy & Clinical Practice. Mr. Welch spoke on "Overdiagnosed: Making People Sick in the Pursuit of Health."

Mr. Welch began by explaining that the prevailing dogma in healthcare is that the best strategy to keep people healthy is early diagnosis. He does not believe this approach is always wrong, but asserted that it may not always be right and that the truth is more nuanced. He defined overdiagnoses as the detection of an asymptomatic abnormality or condition that either will never progress or progress so slowly that the patient dies of other causes. He believes it is a side-effect of believing we should detect and treat disorders before they cause problems, but since diagnoses tends to engender potentially harmful treatment, overdiagnosis may lead to harm when there is effectively nothing to fix.

Mr. Welch believes the genesis of overdiagnosis was the detection and treatment of hypertension, which is arguably one of the most important things doctors do. To emphasize its importance, he revisited a 1967 Veteran's Affairs randomized trial of recruited patients with highly elevated diastolic blood pressure. After only one and a half years, there were 27 negative health events among 73 members of a placebo group compared to 2 negative health events among 70 members of a drug-receiving group. However, physicians slowly changed the rules on what constitutes high blood pressure, leading to much lower diagnosis and treatment thresholds. The treatment benefit and reason to intervene can be quantified as the difference between annual death rate or organ damage between control and intervention groups, which demonstrates a basic principle that the people with the most severe, most abnormal conditions also stand to benefit the most from treatment. Since all treatments have harms, such as dramatic increase in mortality related to hypotension, the tradeoff between treatment benefit and treatment harm implies that while patients receive net benefit, some theoretically receive net harm. Mr. Welch continued to explain that recently diabetes, high cholesterol, and osteoporosis detection thresholds all have fallen dramatically, suddenly creating many millions of new patients near the boundary between net treatment benefit and harm.

Mr. Welch explained that modern imaging techniques allow us to see more, enabling us to examine the body as never before. As new technologies increase resolution, more conditions are found but the typical findings are smaller and less important, he said. The very definition of conditions, such as strokes, may require revisiting in asymptomatic patients. Further, physicians are now commonly stumbling onto abnormalities while imaging for a unrelated health problems, so-called "incidentalomas." He noted that a study of whole-body CT screening found that 86% of patients aged 54 had at least one abnormality and that the average patient had 2.8 abnormalities.

Mr. Welch continued by noting that we look harder, showing Medicare data on the historical number of imaging exams that demonstrates significant increases in the last decade. We encourage the well to regularly be examined to determine that they are not, in fact, sick, a process called screening. Many common cancers show a recent dramatic increase in the number of diagnoses while their mortality rates remain constant or decline, implying an epidemic of overdiagnosis rather than a true epidemic of cancer. Given the odds of overdiagnosis being much greater than catching a life-threatening breast or prostate cancer, Mr. Welch asked what it actually means to be a "survivor" of a screening. He noted that more intensive screening creates more overdiagnosis, which creates more survivor stories, which makes screening appear to be more useful, which leads to more intensive screening, which he described as the "popularity paradox" of screening.

Mr. Welch concluded by noting that this modern paradigm overdiagnosis may have originated with the Health Maintenance Organization Act of 1973 and the National Cancer Act of 1971, both of which strongly encouraged preventative medicine. He believes that a critical oversight at the time was a failure to distinguish between health promotion and early diagnosis. Early diagnosis involves well-defined testing procedures to look hard for things to be wrong, whereas health promotion involves general maintenance advice likely similar to what your grandmother might have told you. Early diagnosis can be very helpful for conditions such as infections, pneumonia, heart arrhythmia, and breast lumps, but also increases the number of patients who needlessly experience the impact of diagnosis such as drug side-effects, surgical complications including death, expenses and insurance changes, and a decrease in overall mental well-being from false alarms. Mr. Welch believes that health promotion is also very important to the population's health and is a much more positive message than that of early diagnosis. He believes that health is also a state of mind and that looking hard for things to be wrong may not be a good thing for our healthcare system to do.

Someone wondered if the fear of litigation contributes to overdiagnosis. Mr. Welch agreed that lawyers do play a role, since physicians may feel they are punished only for underdiagnosis, but noted that there is a complex web of many forces responsible for the trend of overdiagnosis.