The 2,307th Meeting of the Society

The Science of Digital Fabrication

Director
The Center for Bits and Atoms
Massachusetts Institute of Technology

“Digital fabrication” is used informally to refer to computers controlling manufacturing machines, but it has a deeper meaning in materials that can contain codes. I will describe the historical and intellectual parallels between digitizing communication and computation and now fabrication, and present a research roadmap for making something that can make anything. 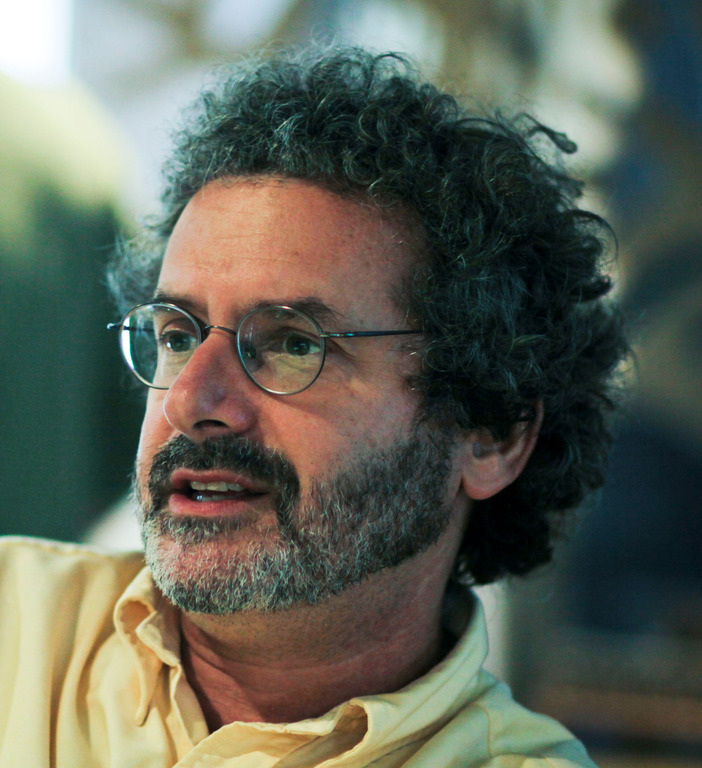 NEIL GERSHENFELD is the Director of MIT’s Center for Bits and Atoms. His laboratory is developing technology to bridge the boundaries between the digital and the physical. His lab has developed digital design software and implemented hardware that can directly fabricate an astonishingly wide variety of objects, ranging from musical instruments to molecular quantum computers. The technology has been used and displayed in a wide diversity of ways and settings throughout the world, from the Museum of Modern Art in New York City to rural India, from the White House to inner-city community centers. The technology is increasingly important for prototyping and is finding its way into direct manufacturing applications. He is the author of numerous technical publications and books, including Fab, When Things Start To Think, The Nature of Mathematical Modeling, and The Physics of Information Technology. He is an inventor of many patented inventions. He has been featured in articles in The New York Times, The Economist, and on the McNeil/Lehrer News Hour, among others. He is a Fellow of the American Physical Society, has been named one of Scientific American’s 50 leaders in science and technology, has been designated as one of 40 Modern-Day Leonardos by the Museum of Science and Industry, has been selected as a CNN/Time/Fortune Principal Voice, and he has been named one of the top 100 public intellectuals by Prospect/Foreign Policy Neil earned a BA in Physics from Swarthmore and a PhD in Applied Physics from Cornell. He also has an honorary Doctor of Science from Swarthmore, was a Junior Fellow of the Harvard University Society of Fellows, and was a member of the research staff at Bell Labs.

President John Ingersoll called the 2,307th meeting to order at 8:06 pm November 9, 2012 in the Powell Auditorium of the Cosmos Club. Mr. Ingersoll announced the order of business and introduced two new members of the Society, including the speaker of the evening.

Mr. Ingersoll then introduced the speaker, Mr. Neil Gershenfeld of the Massachusetts Institute of Technology. Mr. Gershenfeld spoke on "Programming Matter: The Science of Digital Fabrication."

Mr. Gershenfeld began by describing the science of fabrication as undergoing a movement, a form of revolution happening at maker fairs and hackerspaces, all centered around 3D printing and extending to the frontiers of manufacturing. He described how, in 1952, MIT connected a computer capable to a manufacturing machine for the first time to construct aircraft parts and how this created the context of digital manufacturing until now. Mr. Gershenfeld explained that the most advanced 3D printers still depend on the relevant information being stored in the controlling computer and not in the material. Any errors tend to accumulate, he said, because there is no notion of state in the material. Mr. Gershenfeld's research is focused towards putting information directly in the material instead of digitizing the overall design.

Mr. Gershenfeld described community fabrication labs, or "fab labs," performing experimental manufacturing in the field based on an NSF community lab example. After interest in the research increased dramatically worldwide, it is now possible to start a fab lab that can construct almost anything for approximately $50,000 in equipment and $20,000 in raw materials, he said. An important future step for these labs is the ability to manufacture parts for the machines themselves using the lab, thereby replicating the ability to manufacture.

Mr. Gershenfeld explained that assembly of components is an appealing alternative manufacturing processes, likening to snapping together predefined functional LEGO bricks. He gave an example of combining conductor and insulator bricks into complex circuits with many traces and layers, the machine acting as an assembler. Research is now focused on trying to make functional bricks smaller, enabling construction of integrated circuits. Mr. Gershenfeld noted that materials created with this discrete assembly method, such as carbon fiber composites where strength and weight are critical, can be higher performance than found using traditional manufacturing methods.

Mr. Gershenfeld explained that for machines to take data and turn it into things, you also need methods to turn things into data. He described high-resolution scanners and advances in workflow to translate object descriptions into machine instructions. He noted that conventional engineering systems represent objects in ways burdened by legacy and that there are now better, modern ways to represent objects. His lab has developed a way to translate a 3D design into a 1D code that later becomes the desired 3D shape, somewhat the opposite of protein folding. Each material joint knows only local information but the entire sequence recreates the global shape.

Mr. Gershenfeld described ambitious research based on growing chains of proteins with a method similar to solid phase synthesis, but operating with orientations and attaching small collections of non-biological molecules. This will eventually enable printing with atomic precision by growing objects in a massively parallel process from an array of anchor beads, sending codes into the materials causing them to organize into what you want to make. In a way there is no manufacturing machine, he said, these materials are coding for their own construction. Mr. Gershenfeld noted that the research described will take about twenty years to finish but the explicit goal to make objects from the atomic level up, similar to the fictional replicator in Star Trek.

Mr. Gershenfeld made a detailed analogy between digital fabrication and the development of computers, noting the impact of parallel availability in both cases. Mainframes were expensive and had limited access like current fabrication research labs, but when computers became room-sized their usage usage was defined by a workgroup instead of an organization, similar to modern fab labs. Machines that make other machines are analogous to early hobbyist computers, such as the Altair, he said. Now inexpensive digital fabrication facilities are being created at a rate similar to the expansion of the early internet.

Mr. Gershenfeld believes that microcontroller programming and 3D machining are means of personal expression that have never existed but that still touch something deep in our culture. Traditional manufacturing excels at mass producing identical products, but digital fabrication can create products for a market of just one individual. The current stages of research form a hierarchy of functionality and cost, he said. Worldwide labs are globally connected with knowledge but the skills and jobs to make things are local. Instead of shipping products they are made locally, suggesting an entirely new notion of economy that focuses around shipping data instead of finished physical products. Mr. Gershenfeld believes there is a precise parallel with software and music: A string of data can be a program, or a sound, or now a thing. Mass manufacturing won't disappear but it will be the least interesting form of manufacturing as digital fabrication creates new market scales that are accessible to all.

Mr. Gershenfeld found that children following along with the fab labs were so far ahead of local educational resources that they needed additional resources. Therefore, he helped start a project call the Fab Academy where students have peers in workgroups, with mentors, which are then linked globally. He noted that traditional education assumes scarcity that does not exist anymore, such as classroom space and physical books. Distance education is a good step, he said, but students are still connected to the educational equivalent of a mainframe. The FabAcademy is more like the Internet, distributed educational nodes that are linked together. Digital communication challenges the scarcity of people and information locally, allowing the campus to come to the students with a bootstrap set of tools. Mr. Gershenfeld believes that the there is a growing possibility of advanced research education being dramatically more accessible to inventive people everywhere. He hopes, ultimately, to reach a much larger fraction of the world's brain power by providing the appropriate tools to learn and create.

Another question concerned the ultimate goal of universal fabrication. Mr. Gershenfeld replied that any new technology is used for both good and bad, but that the inventive people that drive adoption of he fab labs are from all backgrounds and he suspects think that humanity is currently utilizing only a fraction of the available brainpower of the planet. He strongly believes that increasing the availability of these tools worldwide will therefore be a good thing.

After the question and answer period, Mr. Ingersoll thanked the speaker, made the usual housekeeping announcements, and invited guests to apply for membership. At 9:34 pm, President John Ingersoll adjourned the 2,307th meeting to the social hour.