The 2,308th Meeting of the Society

The three most disruptive transitions in history were the introduction of humans, farming, and industry. If another transition lies ahead, a good guess for its source is artificial intelligence in the form of whole brain emulations, or “ems,” sometime in roughly a century. I apply standard social science to this unusual situation, to outline a relatively-likely reference scenario set modestly far into a post-em-transition world. I consider families, reproduction, life plans, daily activities, inequality, class, work training, property rights, firm management, industrial organization, urban agglomeration, security, politics, and governance. 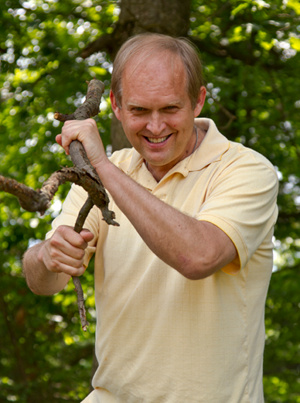 ROBIN HANSON is an associate professor of economics at George Mason University, a research associate at the Future of Humanity Institute of Oxford University, and chief scientist at Consensus Point. After receiving his Ph.D. in social science from the California Institute of Technology in 1997, Robin was a Robert Wood Johnson Foundation health policy scholar at the University of California at Berkeley. In 1984, Robin received a masters in physics and a masters in the philosophy of science from the University of Chicago, and afterward spent nine years researching artificial intelligence, Bayesian statistics, and hypertext publishing at Lockheed, NASA, and independently. Robin has published widely and is the author or co-author on over 70 publications in both academic publications and more widely circulated media. Robin has pioneered prediction markets, also known as information markets or idea futures, since 1988. He was the first to write in detail about people creating and subsidizing markets in order to gain better estimates on those topics. Robin was a principal architect of the first internal corporate markets, at Xanadu in 1990, of the first web markets, the Foresight Exchange since 1994, and of DARPA’s Policy Analysis Market, from 2001 to 2003. Robin has developed new technologies for conditional, combinatorial, and intermediated trading, and has studied insider trading, manipulation, and other foul play. Robin has written and spoken widely on the application of idea futures to business and policy, being mentioned in over one hundered press articles on the subject, and advising many ventures, including GuessNow, Newsfutures, Particle Financial, Prophet Street, Trilogy Advisors, XPree, YooNew, and undisclosable defense research projects. He is now chief scientist at Consensus Point. Robin has diverse research interests, with papers on spatial product competition, health incentive contracts, group insurance, product bans, evolutionary psychology and bioethics of health care, voter information incentives, incentives to fake expertize, Bayesian classification, agreeing to disagree, self-deception in disagreement, probability elicitation, wiretaps, image reconstruction, the history of science prizes, reversible computation, the origin of life, the survival of humanity, very long term economic growth, growth given machine intelligence, and interstellar colonization.

President John Ingersoll called the 2,308th meeting to order at 8:24 pm December 7, 2012 in the Powell Auditorium of the Cosmos Club. Mr. Ingersoll announced the order of business and introduced four new members of the Society, including the speaker of the evening.

The minutes of the 2,307th meeting were read and approved.

Mr. Ingersoll thanked the Policy Studies Organization for their sponsorship of the meeting's lecture. He then introduced the speaker, Mr. Robin Hanson of George Mason University. Mr. Hanson spoke on "Whole Brain Emulation: Envisioning Economies And Societies of Emulated Minds."

Mr. Hanson began by demonstrating that economic progress throughout history can be described as periods of exponential growth at increasing rates. He explained that transitions between exponential growth rates, when the rate increases dramatically, are referred to as singularities. The next singularity and growth mode can be predicted using statistics by comparing the current mode to past growth modes, using metrics such as doubling time and amount of total growth. The next growth mode is predicted to start any time in the next century, he said, but the predicted growth rate of one to two week economic doubling time is remarkably consistent between multiple models. He noted that maintaining that level of economic growth is extremely difficult, but that labor and human capital are a large portion of our current spending. If this spending could be reduced or replaced with artificial intelligence or robotics, it could provide enough impact to create the predicted economic growth.

Mr. Hanson explained how it might be possible to record and emulate a human brain, referred to as an Em, by meeting three technological requirements. Computer processing speed would need to continue following Moore's law, he said, and we would need successful models of individual brain cells and overall structures along with the ability to scan a human brain in fine temporal and chemical resolution. There are many levels of detail at which we could emulate the brain and it is not yet clear how much detail is required. However, if an individuals brain were scanned and modeled cell by cell, it is conceivable that the emulated brain cells would have the same input and output behavior, including memories and motivations, as the original person. This technological result would be incredibly valuable and may be possible by mid-century.

Mr. Hanson then discussed how the next era of society could change assuming the possibility of emulated brains. He explained that he did not intend his predictions to be creative or original and hoped that most social scientists would agree with his application of standard analysis methods to this unusual scenario. In general, he believes the future would contain better technology, bigger organizations, more specialization and niches, and more inequality. Ems and robotics could provide immortality and nearly instant travel, he said, if you could afford to store and transfer your brain's data. Duplicates, trained once and used many times, could cause wages to fall and could also result in very large effective population growth of Ems via digital substitutes for humans. This would push humans to the periphery of society, eclipsed by Ems and unable to compete unless they owned some percentage of the new economy.

Mr. Hanson stated that it is important to remember that Ems would feel human because they once were, but that humans may not see them as truly conscious. Scanned brains would be an artificially selected sample, he said, the best adapted to the new world, smart, conscientious, and hard working. Ems would also be somewhat alienated from the human world, doing more work, needing less sleep, occupying simulated office and leisure environments without the need to eat or clean. Ems could be simulated at many different speeds depending on the base computer hardware, so he believes it is possible plausible that Em cost will increase roughly linear with execution speed. He continued by describing how Ems would functionally clump based on speed, since it is ideal to interact with other Ems running at the same speed with minimal latency. The desire for optimal communication between Ems separated by significant distances, as limited by the speed of light, would cause many Ems to cluster as tightly as possible in dense buildings and in a few major cities, he said. Very high speed Ems may define a certain peak of social class, implying expensive hardware, management ability, and holding premium physical locations.

Mr. Hanson then described how Em lifetimes would vary from the human baseline of a single linear experience. He explained that an Em could make many self-copies to accomplish assigned tasks in parallel or in competition, these copies ceasing to exist upon completion of their assignment. There are ethical questions surrounding the loss of copies upon deletion, perhaps the digital equivalent of dying. He elaborated on potential problems with basic social interactions, where multiple copies contain differing memories of interactions, and legal issues such as whether Ems are giftable, loanable, or slaves. He suggested that it might make sense to designate a clan of copies a single unit in the view of law, regulation, finance, and politics. Further, he suggested the presence of black markets of secret Em copies and that the fear of mind theft and digital interrogation could cause the isolation of Em clans within secure, digital fortresses. Mr. Hanson believes the economic advantages will far outweigh these ethical and legal concerns.

A question concerned artificial scarcity in a mostly virtual interaction between Ems. Mr. Hanson noted that the emulations must at some point execute on computer hardware which must be powered and maintained, so computer time would therefore become very valuable as a dependable scarcity.

Someone asked about the simulated interfaces between Ems and the real world, wondering if it would it be necessary to emulate an entire body in addition to the brain? Mr. Hanson believes that we would not necessarily need to exactly emulate a human body since humans are already accustomed to mentally extending their sense of body through physical interfaces such as digital avatars, heavy machinery, and automobiles.

After the question and answer period, Mr. Ingersoll thanked the speaker, made the usual housekeeping announcements, and invited guests to apply for membership. At 9:55 pm, President John Ingersoll adjourned the 2,308th meeting to the social hour.