The 2,321st Meeting of the Society

Sailing the Seas of Titan 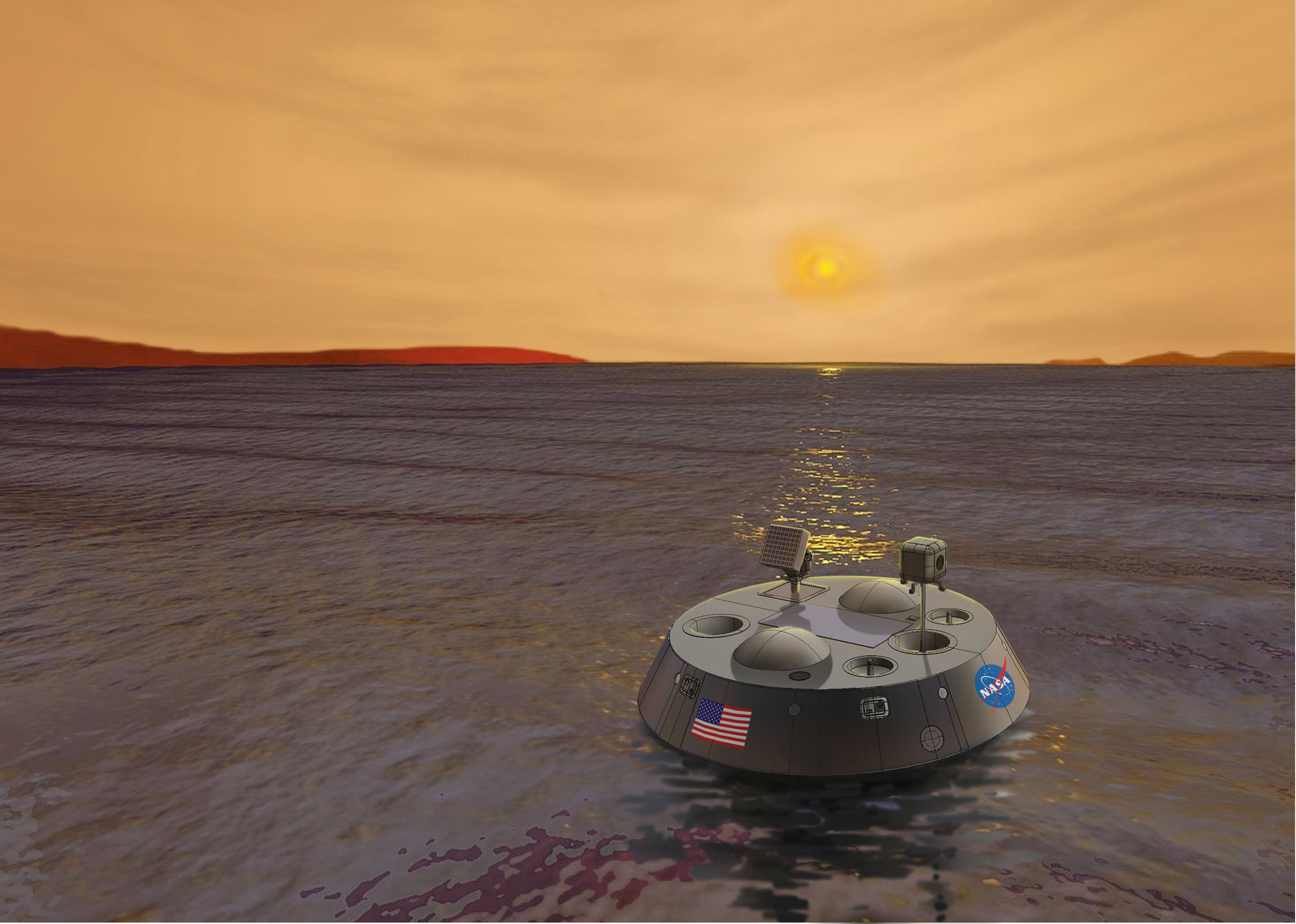 Oceanography is no longer just an Earth Science. The ongoing NASA/ESA Cassini mission – still making exciting discoveries 10 years after its arrival in the rich Saturnian system – has found that three seas of liquid hydrocarbons adorn Saturn’s giant, frigid moon Titan. Titan was already exotic, having a thick, organic-rich atmosphere and a diverse landscape with mountains, craters, river channels, and vast fields of sand dunes, but these seas, and hundreds of lakes, present a new environment (low gravity, dense atmosphere, hydrocarbon liquid) in which to explore familiar and important physical processes such as air/sea heat and moisture exchange, and wind-driven currents and waves. Titan’s seas (notably the two largest ones, Kraken Mare and Ligiea Mare, about 1000km and 400km across, respectively) thus are an appealing and accessible target for future Titan exploration. This talk will review the latest findings from Cassini, the prospects for new discoveries as it moves towards Titan’s northern summer solstice in 2017, and the opportunities for future exploration of Titan, not only with orbiters and landers but also with vehicles that can exploit Titan’s air and liquid environments such as balloons, airplanes, and devices that float. In fact, the most affordable near-term prospect for in-situ exploration of Titan is a capsule that would float on Titan’s hydrocarbon seas and drift in the moon’s winds, traversing the sea, measuring liquid composition and turbidity, exploring the seabed, and providing visual imagery with a compact suite of meteorological instruments, a depth sounder, cameras and other instruments. This would be the first exploration of a liquid environment on a planetary body other than the earth. 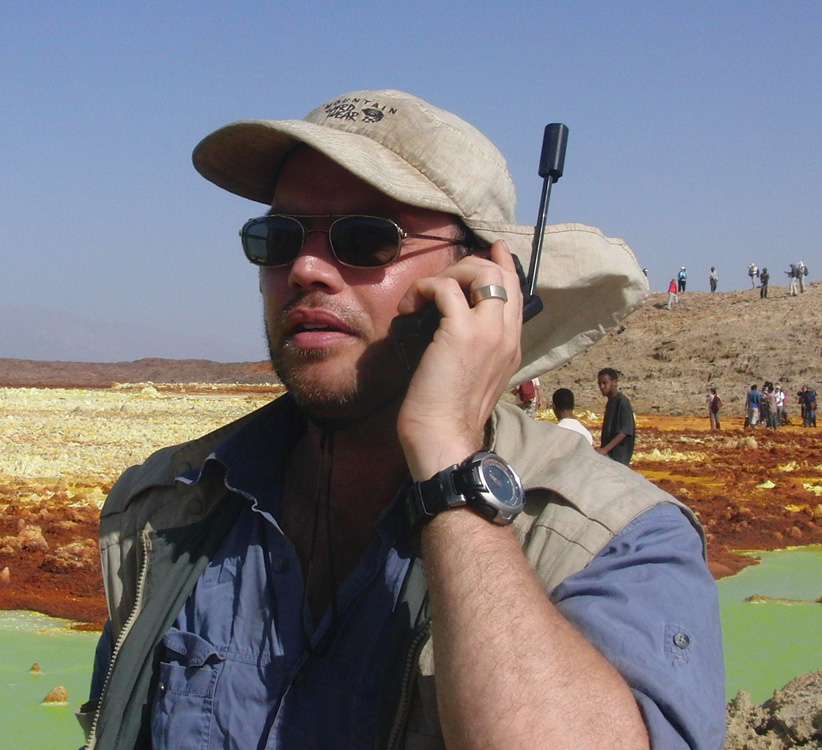 RALPH D. LORENZ has a B.Eng. in Aerospace Systems Engineering from the University of Southampton in the UK and a Ph.D. in Physics in 1994 from the University of Kent at Canterbury. He worked 1990-1991 for the European Space Agency on the design of the Huygens probe and during his PhD research designed and built its penetrometer instrument that 12 years later measured the mechanical properties of Titan’s surface when Huygens landed in January 2005. From 1994-2006 he worked as a planetary scientist at the Lunar and Planetary Laboratory, University of Arizona with particular interests in Titan, Mars, planetary climate, nonequilibrium thermodynamics, aerospace vehicles, and radar. He continues to work on those topics at the Johns Hopkins University Applied Physics Laboratory in Laurel, MD, where he has played a major role in defining possible future missions to Titan, most notably the Titan Mare Explorer (TiME). He is the recipient of 5 NASA Group Achievement Awards and is author or co-author of several books including ‘Lifting Titan’s Veil,’ ‘Spinning Flight,’ and ‘Space Systems Failures’ as well as over 200 publications in refereed journals.

President John Ingersoll called the 2,321st meeting to order at 8:25pm October 4, 2013 in the Powell Auditorium of the Cosmos Club. Mr. Ingersoll announced the order of business and introduced one new member of the Society, the speaker of the evening.

The minutes of the 2,320th meeting were read and approved.

Mr. Lorenz began by noting that Titan has been an object of great interest since the dawn of the space age. In 1907, astronomers observed that Titan appeared to have a dark, fuzzy edge quite unlike the bright, hard edge of the Earth's moon. This was correctly interpreted and later confirmed as an atmosphere, making Titan unique in the solar system. Titan's atmosphere is optically thick and hazy, but includes a hydrological cycle with clouds, rain, and seasons, making the exploration of Titan a wonderful opportunity for comparative planetology, he said.

Mr. Lorenz explained that Titan's atmosphere consists mostly of methane. Methane in the upper atmosphere is continuously broken down by solar ultraviolet light, producing hundreds of detected organic compounds. Voyager was able to unveil the structure of the atmosphere, which includes seasonal changes due to inclination and orbit eccentricity, greenhouse warming near the surface, a cold middle atmosphere, and an upper atmosphere warmed directly by sunlight. Voyager was unable to see through the opaque atmosphere to examine the surface in details but the observed surface temperature implied the possibility of a liquid methane and ethane ocean, buffering the atmosphere against methane depletion from solar radiation.

Mr. Lorenz noted that large ground-based telescopes using adaptive optics were able to observe clouds appearing on Titan over the last decade, implying some ongoing meteorological activity near the poles. Each pole is in continuous shadow during the winters, so compounds that would be destroyed by ultraviolet light are allowed to build up and condense into a cold, dark haze. A jetstream around the pole prevents the clouds from diffusing, but in the past few years we have observed the breakup of the the northern polar vortex and the reforming of clouds over the south pole as Titan enters its southern winter. Although the chemistry and time scales of these weather patterns are very different than on Earth, Mr. Lorenz believes the physics are similar.

Mr. Lorenz explained that Saturn's approximately twenty-nine year orbit sets both the context for Titan's seasons and the pace of exploration. The arrival of the Cassini mission in 2004, after seven years of travel to Titan, has greatly increased the level of scientific interest in the moon. Cassini, a joint endeavor between the European Space Agency and NASA, has been carefully managed and should remain operative through the upcoming summer solstice. It remains in orbit around Saturn and flies by Titan every month at an altitude of one thousand kilometers, performing mass spectroscopy on atmosphere samples and using radar to examine the moon's surface.

Mr. Lorenz noted that Cassini also carried and deployed the Huygens probe, which was designed to impact Titan's surface and return photos and data from the trip. Mr. Lorenz designed and built a penetrometer to measure the surface material response during impact. This characterization data initially suggested a soft surface with a hard crust, but photos from the landing site showed many rounded cobble-like stones that the penetrometer likely interacted with. Photos from the descent also showed linear sand dunes in the distance, later found to be kilometers apart and tens or hundreds of kilometers long.

Mr. Lorenz emphasized how disconcerting it was that the Huygens probe landed in a desert surrounded by sand dunes given the accepted paradigm of liquid on the moon's surface. It was not until 2006 that steep-sided, liquid-filled depressions twenty to thirty kilometers across were observed near the polar regions. As mapping continued near the north pole, Cassini observed seas that are estimated to be hundreds of kilometers across and hundreds of meters deep. Additionally, a small, shallow lake near the south pole called Ontario Lacus showed a marked difference in outline between measurements in 2005 and 2009, as if the lake has receded due to evaporation and left "bathtub rings" or surface deposits along the old shoreline.

Mr. Lorenz explained that radar reflection evidence suggests the seas are extremely flat, estimating that the surface roughness of Ontario Lacus is less than three millimeters. This result is surprising in lower gravity and a dense atmosphere, where waves should be easier to create, he said. Researchers believe the seas may be especially murky and viscous or that more waves will be created as the northern winter season begins. The observation of waves in the northern seas would be a very exciting discovery, he said.

Mr. Lorenz concluded by discussing a proposed follow-on mission to Titan that involves delivering a probe directly to the middle of a large sea. Preliminary testing has shown that assuming a splashdown-style landing simplifies the spacecraft design, but does require additional preparation for wave motion compensation and the assumption of several days of wind-driven drift until eventually reaching the shoreline. The mission's scientific objectives would include measuring the liquid composition, temperature, wind speed, humidity, and sea depth. Mr. Lorenz believes that data collected on Titan regarding the exchange of matter, heat, and momentum at the air/sea interface would also be useful in validating simulation models developed for Earth.

Another question concerned the feasibility of adding a rudder and sail to the proposed capsule. Mr. Lorenz agreed these features would be interesting but explained that the proposed mission is cost constrained and that it would be very difficult to remain within budget with those additions.

After the question and answer period, Mr. Ingersoll thanked the speaker, made the usual housekeeping announcements, and invited guests to apply for membership. At 9:59pm, President John Ingersoll adjourned the 2,321st meeting to the social hour.