The 2,248th Meeting of the Society

Science Education For Everyone

A Story In Three Heresies

We live in a society where progress is driven by scientific and technological change. An understanding of science is no longer a frill for citizens, but a necessity. Our educational system, however, has failed to produce a scientifically literate public. In this lecture I will propose the types of scientific knowledge citizens need to function in a technological society, including that necessary for public policy decisions, measurements of scientific literacy, and ways in which the educational system (both formal and informal) can be used to deliver that knowledge. I will introduce three heretical notions about scientific education for non-professionals – notions that, if widely adopted, would dramatically improve scientific literacy in the country. In keeping with the traditions of the Society, these heretical notions will be controversial and provide a basis for spirited discussion. 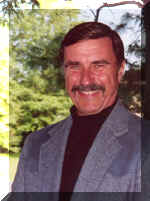 JAMES TREFIL is the Clarence J Robinson Professor of Physics at George Mason University. Before coming to GMU in 1987, he had been on the faculty of the University of Virginia, where he eventually became University Professor and Professor of Physics. He has held several appointments as Visiting Scholar at the Department of Geophysical Sciences at the University of Chicago. Earlier in his career he was at the Stanford Linear Accelerator Center, European Center for Nuclear Research (CERN), Laboratory for Nuclear Sciences at MIT, German Electron Synchrotron Laboratory (Hamburg), University of Illinois, Fermi National Accelerator Laboratory and Argonne National Laboratory. He has written extensively about science for the general audience, including more than 40 books. He has served as Contributing Editor for Science for USA TODAY Weekend and as a regular contributor and science consultant for Smithsonian and Astronomy Magazines. He has also served as a science commentator and member of the Science Advisory Board for National Public Radio and for numerous PBS productions, and as Principal Science Consultant to the Adler Planetarium in Chicago. He is currently Chief Science Consultant to the McDougal-Littell Middle School Science Project. He is a Fellow of the American Physical Society, the American Association of the Advancement of Science, and the World Economic Forum. He has served as a member of the Davos Global Issues Group and as a General Councilor of the American Physical Society. He received the 2000 Andrew W. Gemant Award for linking physics to the arts and humanities, given by the American Institute of Physics and the inaugural Science Book Editor’s Award of the AAAS. In 2008 he was given the American Institute of Physics Science Writing Award. He is also a recipient of the American Association for the Advancement of Science Westinghouse Science Journalism Award and of the John Simon Guggenheim Fellowship. He was Phi Beta Kappa national lecturer for 2003-2004. His most recent book is “Why Science?” [amazon.com] His interest in scientific literacy began with a contributed essay to E. D. Hirsch’s “Cultural Literacy” and continued through participation as a co-author of the “New Dictionary of Cultural Literacy” (3rd edition, 2002). His textbook, “The Sciences: An Integrated Approach” with Robert Hazen (now going into its 6th edition), has been widely adopted, and he has served on the Content Review Boards for the National Science Education Standards and the National Assessment of Educational Progress. He has published over 100 papers in professional journals and has made contributions to research in elementary particle physics, fluid mechanics, medical physics (including cancer research) and the earth sciences. He received his B.S. in physics from the University of Illinois and won a Marshall scholarship to Oxford University, where he studied physics and the philosophy of science and received the B.A. and M.A. degrees. He finished his studies as a National Science Foundation Fellow at Stanford University, where he received an M.S. and Ph.D. in theoretical physics.

President Larry Millstein called the 2,248th meeting to order at 8:15 pm January 23, 2009 in the Powell Auditorium of the Cosmos Club. The minutes of the 2,246th meeting were read and approved.

Mr. Millstein introduced the speaker of the evening, Mr. James Trefil of George Mason University. Mr. Trefil spoke on “Science Education for Everyone.”

Mr. Trefil said he would not address the matter of the education of scientists and engineers. Important as that is, he wanted to discuss the scientific education of the other 98% of us. We need to fulfill the responsibilities of life and citizenship. To do that, we need some understanding of science and scientific principles.

John Dewey spoke in 1910 of “scientific habits of mind,” which he hoped high school graduates would have. At that time, about 10% of people graduated from high school, so it was the equivalent of graduate education.

Mr. Trefil admits he is at odds with conventional education, and he promotes three “heresies” in keeping with his alternative. Heresy one is that the goal is not to produce students who can do science. It is to produce students who know how science is done. He is an opera buff, and he does know when the tenor on the stage is doing a good job, but he knows better than to try it himself. That’s the kind of thing we need in science. People should be able to weigh, appreciate, and interpret science even if they can’t do it.

He showed some cartoons from the New Yorker. In one, a big boat in a heavy rain with many animals on it had her bow under water. “I knew the woodpeckers were a mistake,” the caption said. Even atheist Americans recognize Noah’s ark and get to smile. In another a woman said to her husband, “I sent your sweaters out to be cleaned and carbon dated.” This one actually does require a little scientific literacy.

He noted that some people claim that when they read the New Yorker, they don’t read the cartoons first. He doesn’t trust those people, because either they are lying, or they are not.

The news isn’t good on cultural literacy, either. A picture of some Civil War officers including Robert E. Lee was shown to some students in a college in Richmond. Most students did not recognize anyone in the picture.

Leon Lederman and Carl Weiman, both Nobel Prize winners, have taken interest in scientific education of non-scientists. Reflecting on what the goal should be, Weiman says, “We want them to think like us.”

People encounter science in a very multidisciplinary way. The global warming issue is an example. It is not physics, not biology, not meteorology; it is all of them. He showed an alarming Time magazine cover with a picture of a lonely looking polar bear out on a small ice floe. Graduates should be able to read this, he says.

Reading is more than decoding marks on a paper. It is knowing how to interpret and knowing the implications of what is written.

All this, of course, does not help the kid who said Toronto is the capital of Italy. That kid probably can’t look it up, either; he probably can’t find Italy on a map.

Scientists mostly agree what people should know about science. Furthermore, it doesn’t change like literature, where the books change every year.

He turned to the problem of measurement of scientific literacy. The final exam doesn’t do it, he said. The true measure is the retention of the knowledge over time.

This has been done with surveys, starting in 1957 and continuing today. The ‘57 questions were about things like strontium 90 and polio vaccine; the questions today are about things like DNA, radioactivity, and lasers. (The subjects do change.) There is good news here, scientific literacy has increased from 9.5% in 1988 to 27.8% in 2005. That does, however, mean that 72% of people are scientifically illiterate today. United States citizens fare fairly well in international comparisons, also, following Sweden and leading Denmark, Great Britain, Greece and Japan. Greece and Japan are extreme laggards. Jon Miller, a political scientist, is the man who did most of this work.

One difference is that in most countries, people don’t go to university. If they do, in some places, they have already declared a major and take specialized courses. Americans have general education courses in college.

He showed a list of great ideas in science, in approximate order of importance. They are:

Causality/Newton
Energy/entropy
Electricity and Magnetism
Atomic structure
Chemical bonds/reactions
Natural selection/evolution
Cellular structure/chemistry
Genetic code
Plate tectonics
Big Bang
Stars and galaxies
Mendelian genetics
Material science
Earth cycles
Ecosystems
Quantum mechanics
Relativity
Mr. Trefil has a book out, with Robert Hazen, called The Sciences, An Integrated Approach. It proposes an outline of a curriculum, not a curriculum. In it he talks about pseudoscience. As an example, he offers a simple way to test the validity of horoscopes by asking, which would have been the best advice to get yesterday?

Finally, he told us the other two heresies. They are: 1) you don’t need laboratories to teach science, and 2) you don’t need mathematics to understand science. When you go to a concert, nobody stands by to check whether you can play the violin.

With computers, he says, science has changed; science education has not. You can simulate very complex things with a computer. The missing piece, though, is knowing how well what happens in the computer represents reality. If we teach that what is in the computer is reality, that is antiscience.

He showed a picturesque scene of students working in a laboratory. He was suspicious, and rightly so. It turned out many of them were actually working backward from the correct answers to assure their data were “coming out right.”

Finally, Mr. Trefil reported he had given a version of this talk to a group of college deans, most of them not scientists. “They were nasty,” he said. That makes him think he’s onto something.

In the question period, he noted an unfortunate turn in K - 12 education. Teachers there are rewarded mostly for bringing up the bottom students. There is no reward at all for helping top students.

He mentioned the “Frank Sinatra rule” for distinguishing culture from pop culture: If it’s over 15 years old, it’s culture.

Teachers, he said, should be comfortable with science. If they aren’t, the discomfort will show.

After the talk, Mr. Millstein presented a plaque commemorating the occasion. He invited everyone to the social hour and announced the next meeting. He made the parking announcement. At 9:33 pm, he adjourned the 2248th meeting.