The 2,249th Meeting of the Society

The Shocking Truth About Electricity

Many of the things people believe about electricity are wrong. For example, electricity is not primarily the flow of electrons down a wire. Your local utility does not make much of the power you receive at home. Despite headlines about large blackouts the electrical grid does work at about the 99.99% level. The speaker maintains that for some even this isn’t good enough, but for others it might be too good. The delivery of electricity has changed a lot over the past decade and will change even more in the next decade. After looking at certain interesting features of the current electrical landscape, this talk will survey five big energy issues that will confront Congress, the incoming president, industry, and customers: (1) building transmission lines through people’s backyards; (2) paying for the removal of unwanted waste associated with the making of electricity with fossil and fissile fuels; (3) improving the standards for power plants (right now we throw two-thirds of the energy into the air); (4) smartening electricity use on the home front (don’t run the dishwasher at dinner time); and (5) electrifying transportation. 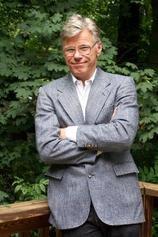 PHILLIP F. SCHEWE is the chief science writer at the American Institute of Physics. He the author of “The Grid,” a look at the history of electricity and its impact on culture. Published by the Joseph Henry Press, it was picked by NPR as one of the science books of the year for 2007. An eighteen-year record of his physics newsletter can be accessed at www.aip.org/pnu. He has also been a playwright. He is currently at work on a biography of the physicist and essayist Freeman Dyson. He has a PhD in particle physics.

President Larry Millstein called the 2,249th meeting to order at 8:15 pm January 23, 2009 in the Powell Auditorium of the Cosmos Club. The minutes of the 2,247th meeting were read and approved.

Mr. Millstein introduced the speaker of the evening, Mr. Philip Schewe of The Americna Institute of Physics. Mr. Schewe spoke on “Shocking Truths about Electricity.”

The electric grid, Mr. Schewe said, was the greatest engineering achievement of the 20th century. It is the largest machine on earth, it was the largest industrial investment of all time, it’s part of the NATO defense alliance, and it is an enormous commodity exchange, serving as an interstate highway for energy.

Mr. Schewe defines the grid broadly, from the light bulbs to the power generation plants. It is a joining of many companies.

What is electricity, actually? It does not flow like water in a pipe, although it is often described that way. It is not electrons flowing down a wire. The electrons don’t move.

He drew an analogy to a train starting up. The engine pulls, and the tension hits the first car, then the second, and you can hear the reports from each subsequent car in a rapid sequence. That is like electricity. It is not primarily the movement of the cars, it is the movement of the energy. The energy in electricity is the linkage from one electron in one atom to another, all the way down the wire.

“Coal by wire” was once a euphemism for electricity. Coal is transformed into electricity and the absolutely clean electricity is sent by wire to customers.

The grid is often said to be three parts: the generating station, the transmission lines, and the customers. It is sometimes said that the utility companies are selling electrons. They are not. The electrons in your house before and after you receive electricity are exactly the same. It is the power to move the electrons that you purchase.

On August 14, 2003, 50 million people lost power in 12 seconds. This can happen because the grid is on a hair trigger. When things go out of balance, the safest thing the grid can do is turn itself off, and it does.

What can be done about it? He recommended using compact florescent light bulbs, which can reduce home energy use by 15%. Using power strips to turn off devices that use electricity parasitically would save 5%. He also recommended insulating homes, air drying clothes, and keeping the temperatures of homes lower.

California leads the way in economy of energy. Power use there is half the national average and the rate has been flat for 30 years. They have a project gong to put solar cells on a million rooftops.

He called CO2 uncollected garbage. He recommends that we make things more efficient when we can. The best power plant is the one we don’t have to build. He recommends making energy the renewable way. He admitted, though, that solar and wind sources don’t work well for making electricity yet. He also recommends finding a way to capture the carbon produced when fossil fuels are burned.

He also foresees making the grid smarter. This will include balancing power use over the daily cycle by doing things such as running the dishwasher at midnight.

The grid is up 99.9% of time. Would you accept 99%? Would you take an offer of a 5% price reduction for allowing the power company to turn off your power on certain occasions? Such arrangements would make the grid more efficient.

He feels we are facing the prospect of electrifying transportation. Plug-in electric cars are in development. A major change in that direction would put a lot more demand on the electric power system.

He also recommends efficiency standards for power plants. “It worked for autos,” he remarked. Two/thirds of the energy in coal is thrown away before it reaches the steam turbine. A gas turbine combined with steam gets efficiency up to 50%. Using heat in combination with the gas and steam could get efficiency up to 90%. This would require the generating plant to be near customers who could use the heat for something like home heating. Thomas Edison’s plant in New York City in 1882 was like that, and it was more efficient than plants of today.

He showed a home power generation machine made by Honda called a Combined Heat and Power (CHP) machine. This generates electricity for home use and uses the engine heat to heat the home. The heat energy from the unit is three times as much as the electric energy. In Denmark, 50% of homes use CHP devices.

In closing, he called the electric grid the heart of our industrialized world. He offered to answer questions.

One questioner inquired about electric generation capacity. He was reluctant to speculate, but he did mention a rate of 2% increase a year for 10 years. Plug-in automobiles could affect that.

In response to another questioner, he discussed the tumultuous revolution in the business model for electricity, which is usually called “restructuring.” At one time, one company owned it all, he said. Then, starting in 1990, it all came apart because of business problems.

He mentioned that Thomas Edison invented the grid. It was a direct current grid then. Westinghouse invented the alternating current grid. Tesla reinvented the circuitry in 1888, and it’s still in use. 60 cycle, 120 volt, three wires, three phase, Tesla did all that.

He was asked about wireless transmission. “Someday,” he said.

After the talk, Mr. Millstein presented a plaque commemorating the occasion. He announced the next meeting. He made the parking announcement. He invited participants of make suggestions for improving our programs and selecting topics. He encouraged support of the Society, and especially invited people and organizations to sponsor lectures.