The 2,304th Meeting of the Society

Smaller Bodies of the Solar System

Comets, Asteroids, TNOs and What They Tell Us About How Planetary Systems are Formed

Much of the excitement about planetary exploration is focused on Mars, and a large fraction of NASA’s planetary exploration budget and effort is directed to that planet. Nevertheless, the smaller bodies of the solar system – comets, asteroids, and trans-Neptunian objects (“TNOs”) – may be even more important exploration targets, particularly for understanding how the solar system was formed. Perhaps partly in recognition of their importance, NASA’s human exploration program has evolved beyond a “first the moon, then Mars” approach to a more flexible and nuanced strategy that is likely to include exploration of a Near-Earth Asteroid. This talk will consider recent developments in understanding the nature of these small bodies, and what the results imply for understanding how the solar system was formed. Topics will include the results of recent dynamical studies, the Deep Impact experiment, and remote sensing of comets, asteroids and TNOs. Comets are perhaps the most valuable of these targets for understanding planetary formation, but asteroids are likely a better target for future human exploration missions. The dynamical studies of recent years have caused a complete rethinking of where the planets formed and how they migrated during and after their formation (the formation scenario). These results have profound implications for the distribution of asteroidal types in the asteroid belt, the size of Mars, and the separation of Oort-cloud comets from Jupiter-family comets. Recent chemical abundance measurements independently require a scenario similar to that envisioned by the dynamicists. Surprisingly, TNOs may have little to do with the comets that we observe. 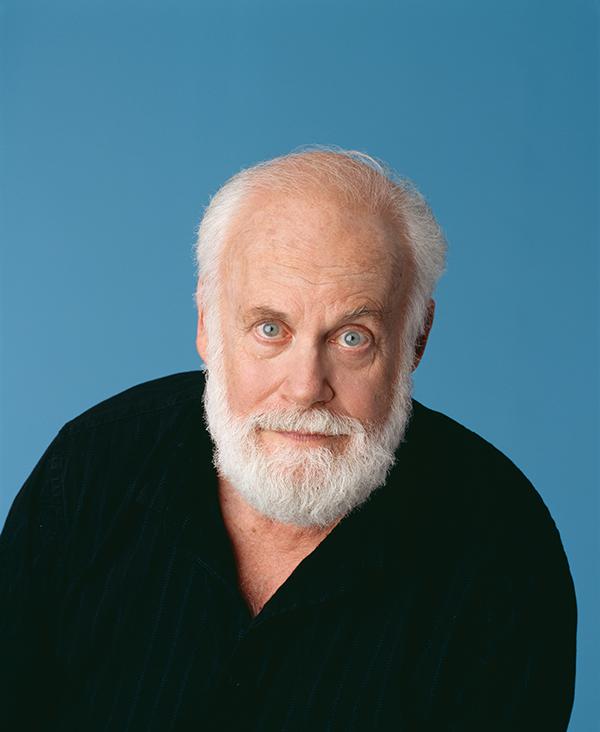 MICHAEL A’HEARN is a Distinguished University Professor Emeritus in the Department of Astronomy at the University of Maryland, where he has been a faculty member since completing his PhD at the University of Wisconsin more than 45 years ago. Starting as a ground-based observer, he has studied comets and asteroids for most of his career with some early diversions to study interstellar dust. He has made observations at all wavelengths from the far-ultraviolet to 18-cm, including developing optical instruments for ground-based telescopes. He gradually made a transition to using space-based observatories, particularly the International Ultraviolet Explorer and subsequently the Hubble Space Telescope, among others. He has participated in nearly all robotic cometary missions, beginning with the ill-fated CRAF mission, which was cancelled. He was the Principal Investigator for the Deep Impact mission and for the EPOXI mission. He was a team member of the Stardust NExT mission, and he is a member of two instrument teams on ESA’s Rosetta mission. He also is the Principal Investigator for the Small Bodies Node of NASA’s Planetary Data System, which archives all NASA-funded data relevant to comets, asteroids, and planetary dust. His significant scientific achievements include the first major survey of abundances of volatiles in comets, discovery of unexpected molecules such as S2 in comets, direct determination of the densities of cometary nuclei both at the surface and in bulk (Deep Impact), strong evidence against differentiation of volatiles in the cometary nucleus at 10-20 meter depths, and the first physical and chemical evidence from comets supporting migration of the giant planets in the early stages of formation of our solar system.

President John Ingersoll called the 2,304th meeting to order at 8:22 pm September 21, 2012 in the Powell Auditorium of the Cosmos Club. Mr. Ingersoll announced the order of business and introduced two new members of the Society, including the speaker of the evening.

The minutes of the 2,303rd meeting were read and approved with corrections.

Mr. Ingersoll then introduced the speaker, Mr. Michael A'Hearn of the University of Maryland. Mr. A'Hearn spoke on "Smaller Bodies of the Solar System: Comets, Asteroids, TNOs and What They Tell Us About How Planetary Systems are Formed."

Mr. A'Hearn began by describing the motivations for studying small bodies such as comets, asteroids, and trans-Neptunian objects. Historically, comets have generated lore for millennia and their spectacular displays in the night sky have been considered an omen by many civilizations. Small objects have and will impact the Earth with various impressive effects, but this is a hazard that, in principle, can now be detected and prevented. These small objects could be a possible source of valuable resources and are much easier to rendezvous with than a planet. Finally, planets were originally formed from small bodies and they may preserve a historical record of solar system chemistry from when the planets formed.

Mr. A'Hearn explained that the major difference in exploring a small object is the low escape velocity needed to return to Earth. For many objects, a few meters per second may be sufficient, he said, compared with kilometers per second for planetary bodies. This removes the traditional mission requirement to retain a large rocket and fuel for returning, making asteroids a feasible target for human exploration and mining.

Mr. A'Hearn continued by noting that many of the valuable metals on Earth are found near the core, known as siderophile elements, but have been found near the surface partly due to ancient impacts from comets and asteroids. These metals could potentially be mined directly from captured asteroid, he said. Further, comet ice could be used to generate hydrogen fuel for later escape with a payload of valuable mining output. Mr. A'Hearn personally believes these activities are feasible but still decades away.

Mr. A'Hearn explained that, in general, available sensing techniques provide information on only the topmost materials of small bodies and that the internal composition is often an educated guess. However, two recent missions have provided additional insight. The Deep Impact probe was tasked with comparing internal and external properties and found, contrary to most predictions, that ejecta was very similar to ambient gasses. Further, the mission measured the ejecta fallback to determine comet density and impact flash to measure surface porosity. This data suggested that the comet was mostly ice and dust, weakly held together by gravity at low density. Mr. A'Hearn noted that this is consistent with comets known to lose a large fraction of their surface material or spontaneously breaking up while in orbit.

Mr. A'Hearn then described the EPOXI mission to the Hartley 2 comet, a very different kind of comet than the Deep Impact mission. It was found that the comet nucleus was surrounded in space by many bright, fragile ice chunks and also exhibited surprising behavior in different surface regions. A specific area of the nucleus produced jets of carbon dioxide, while another produced water vapor. Mr. A'Hearn believes that Hartley 2 is a contact binary and was originally two separate small objects with differing ice composition that merged into a single comet.

Mr. A'Hearn believes that asteroids, comets, and TNOs are a continuum of condensed materials in order of decreasing temperature based on heliocentric distance. He explained that modern theories suggest that all comets formed between 5 and 15 AU from the Sun, condensing there and then slowly being ejected from the solar system by planetary motion. As Jupiter and then other planets formed, they migrated in their orbits and affected other smaller bodies such as the asteroid belt. This led to two major regions of small bodies, the Kuiper belt just beyond Neptune and the Oort cloud, which is estimated to contain approximately ten trillion comets and stretches halfway to Alpha Centauri, he said. These new models of solar system formation tie together dynamics and composition to successfully explain small body chemical ratios and orbits, but further exploration of cometary nuclei and asteroids is needed to better understand our early solar system, exploit these objects for human use, and successfully mitigate any future collision hazards.

Someone wondered what dangers human explorers might face on the surface of a comet or asteroid. Mr. A'Hearn explained that there would be minimal danger astronauts in that situation, far less than from possible solar flares experienced enroute.

Another question concerned the ability to identify an extrasolar comet. Mr. A'Hearn noted that orbits, even from the Oort cloud, are well understand and extrapolated. An interstellar visitor would have a drastically different orbit due to the large relative velocity of stars and would be easily identifiable, he said.

After the question and answer period, Mr. Ingersoll thanked the speaker, made the usual housekeeping announcements, and invited guests to apply for membership. At 9:45 pm, President John Ingersoll adjourned the 2,304th meeting to the social hour.