The 2,413th Meeting of the Society

The Rise of In-Space Servicing, Assembly, and Manufacturing 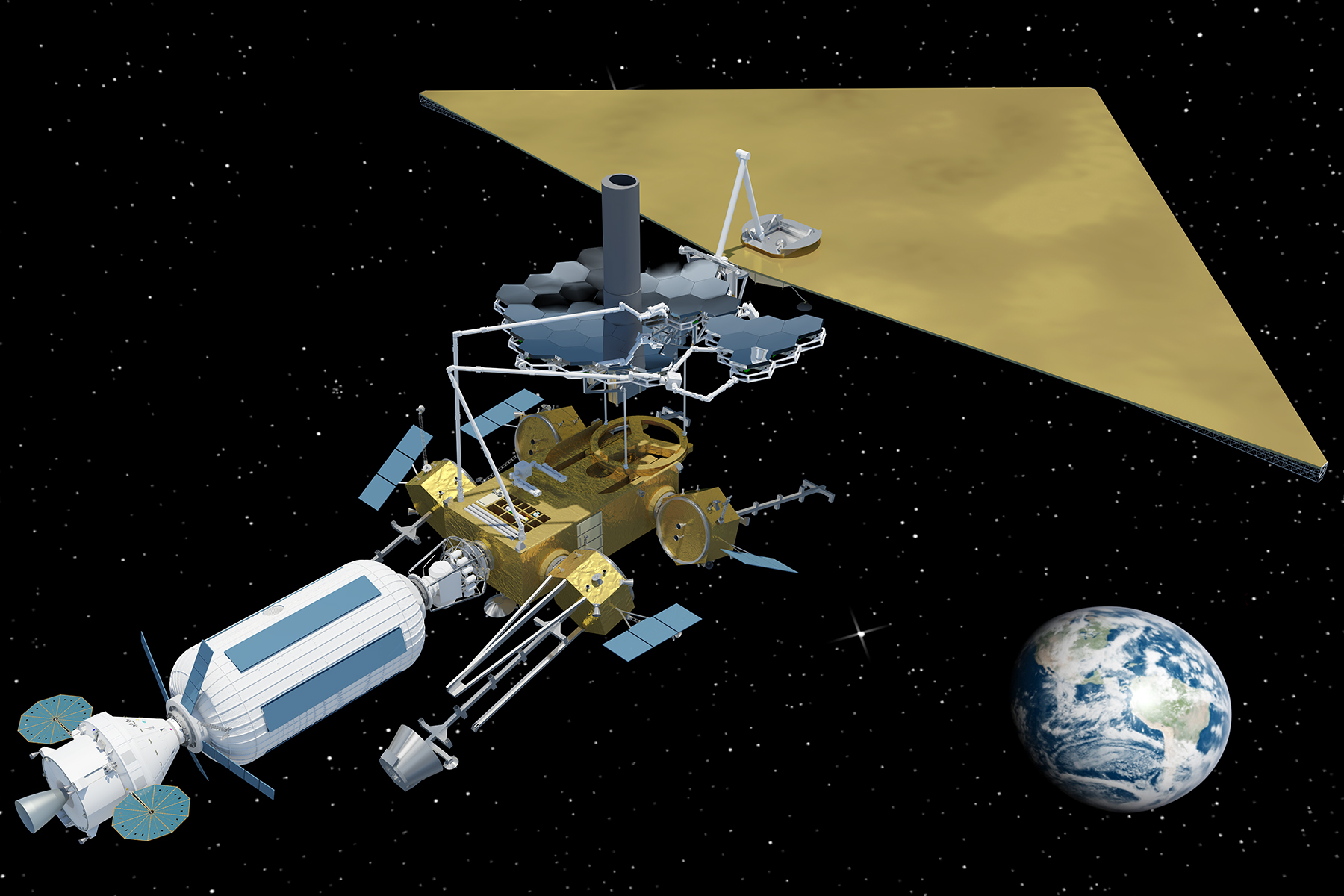 Space is a lonely place. The vast majority of the 8,500 satellites launched since the dawn of time launch alone, operate alone, and die alone. This means that when we launch a spacecraft or satellite, it’s on its own, regardless of whether it ever needs assistance or not. Lifespans are limited by consumables, imperfect human design/workmanship and the exceedingly harsh natural space environment. Technically feasible refueling or repair and upgrade of on-orbit craft has remained elusive, until now. Investments throughout this decade have made the once seemingly impossible, possible. The combined prowess of On-Orbit Servicing, Assembly, and Manufacturing (OSAM) turns the concept of an immortal spaceship that can be continually refueled, repaired, and upgraded from science fiction to science reality.

The basic formula for sustainable space exploration is: consumable replenishment and component repair (servicing), construction of large structures (assembly), and creation of components from feedstock or in-situ resources (manufacturing) to break the dependence on earth supply chain logistics. Development of flight-proven OSAM capabilities is continuously evolving, and today the pace of development is accelerating.

Servicing can help spacecraft live longer and journey farther, enabling more science and human exploration of our solar system and beyond. In-space assembly can enable the construction of large-scale telescopes and other complex structures without volume limits imposed by rockets. This can help us peer deeper into space than ever before and aid in the search for life outside of Earth. In-space manufacturing contributes to the ability to adapt to the unforeseen and utilize in-situ resources. Together, servicing, assembly, and manufacturing promise flexible, resilient, and cost-effective space operations—chief among them, sustainable exploration. 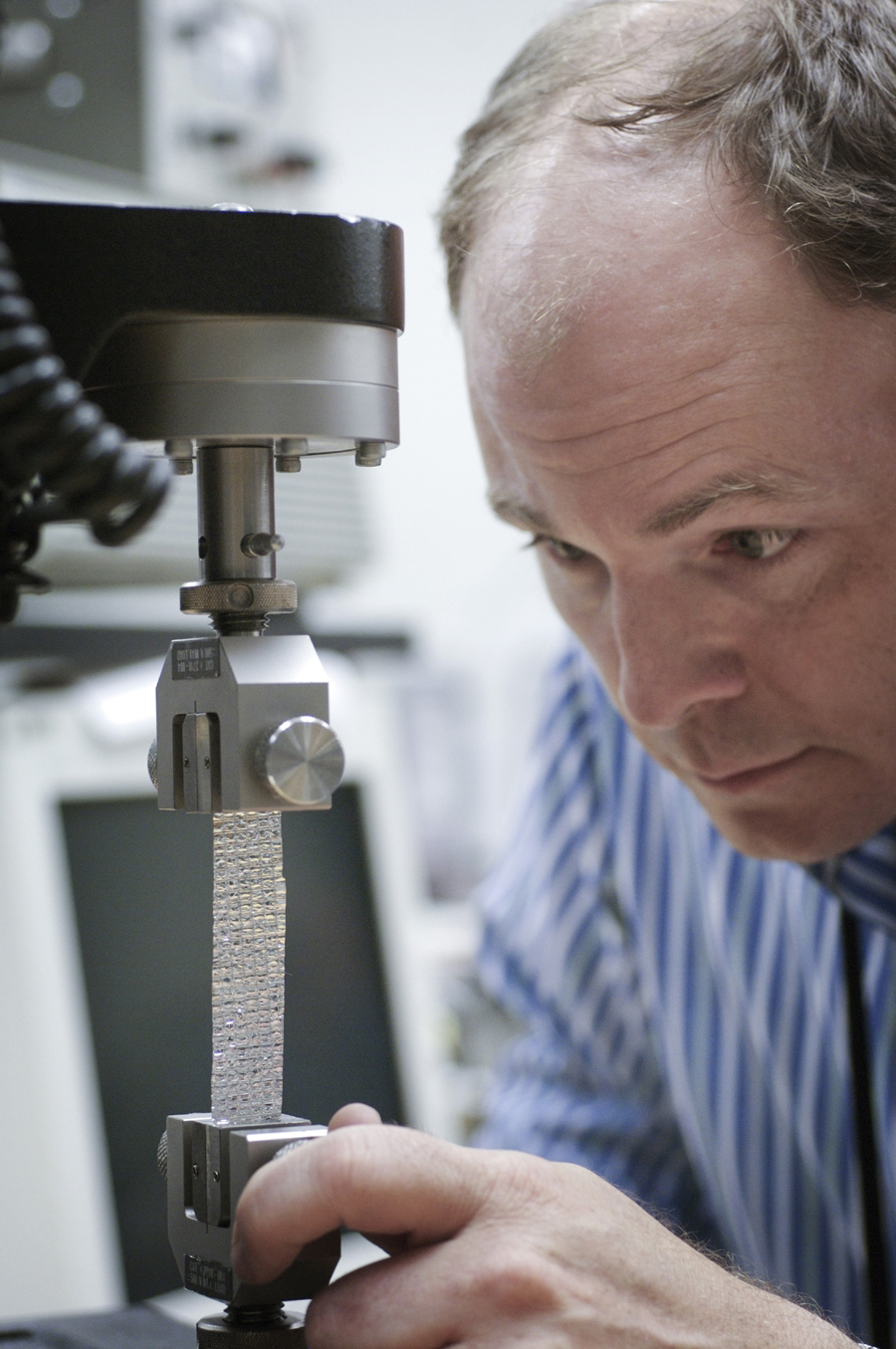 Mr. Reed currently serves as the deputy director of the Satellite Servicing Projects Division (SSPD) at NASA Goddard Space Flight Center. In this position, he is responsible for the formulation, development, and execution of a portfolio of technologies cultivated to provide satellite servicing capabilities in support of Agency missions and national objectives. His responsibilities include liaising with NASA mission directorates, other Government agencies, aerospace manufacturers, satellite fleet owners and operators, and insurance agencies on all matters related to satellite servicing.

In conjunction with his duties as deputy director of SSPD, Mr. Reed served as the Deputy Chair of the Active Debris Removal Study for the NASA Office of the Chief Technologist and has represented the Agency at international forums regarding this topic. He was a guiding member of the congressionally mandated 2010 NASA On-Orbit Satellite Servicing Study. Mr. Reed also served as a member of the joint NASA/DARPA Manned GEO Servicing Study, and was a part of the Robotics, Tele-Robotics, and Autonomous Systems team for the NASA Space Technology Roadmap.

An expert in space environmental effects on materials, Mr. Reed was the Chief Materials Engineer for the Hubble Space Telescope Project, prior to assuming his current role. Prior to joining NASA, he held positions with the American Dental Association, Unisys Corporation and Swales Aerospace. Mr. Reed received a B.S. in chemistry from the Catholic University of America.

On October 4, 2019, in the John Wesley Powell Auditorium of the Cosmos Club in Washington, D.C., President Larry Millstein called the 2,413th meeting of the Society to order at 8:01 p.m. He announced the order of business, that the evening’s lecture would be livestreamed on the internet, and welcomed new members to the Society. The minutes of the previous meeting were then read and approved.

Reed said servicing craft in space is not new, the first such mission being by astronaut Edward Gibson to repair a thermal shield on Skylab. But recent taxpayer-funded investments now allow conception and engineering of unmanned satellite servicing missions. These technologies and capabilities will be applicable to future manned exploration missions.

Ground observatories are limited by weather and Earth’s atmosphere, whereas satellite observation is relatively uninhibited. The challenges of maintaining satellites include the vacuum of space, which cause low molecular weight polymers to evolve out of plastics and create a film on mirrors and lenses, and orbital debris, which can potentially destroy spacecraft. Reaching a satellite to repair it is further complicated by Earth’s gravity well and the vastness of space.

For these reasons, cost and inaccessibility have held back satellite servicing missions. Development of a robotic arm with seven degrees of freedom has made repair missions more feasible. Reed said NASA’s successful repair and upgrade missions to the Hubble Space Telescope are proof of concept that such missions are worthwhile. He said installations of new instruments have made Hubble 10,000 times more powerful today than when it launched.
But unlike Hubble, there are thousands of launched satellites that were not designed for servicing. NASA has embarked on a technology development program to develop capabilities to service these craft. Reed described the Raven, Robotic Refueling Missions 1 through 3, and Robotic External Leak Locator test missions run on the International Space Station used to practice autonomous tracking, remote tool use, and repair on a client part not designed for repair.

Arising from those tests is Restore-L, a four phase servicing mission to the 20-year old Landsat 7 satellite, which unlike Hubble has no doorknobs or reflectors to aid servicing. Reed described in detail each of the four mission phases: autonomous rendezvous and inspection, autonomous capture, telerobotic refuel and relocation, and telerobotic assembly and manufacture.

The goal of Restore-L is to set a global precedent on how to safely repair both government-operated and commercial satellites not designed for repair. In pursuit of that goal, NASA will conduct the entire mission on NASA TV.

In the short term, Reed believes his team’s work will encourage satellite operators to either refuel or repair existing crafts, or to launch future satellites with more instruments using more fuel at launch to be refueled once in orbit. Reed also believes on-orbit assembly will create funding efficiencies whereby designers can save resources designing whole craft to fit into a single launch vehicle because they can assemble multiple components in space.

Further into the future, Reed believes the technologies and capabilities currently in development can be used to assemble distant craft such as starshades. He also believes these developments will lead to the off-planet manufacture of tools and equipment, potentially facilitating a mission for manufacturing equipment to bring explorers home from other planets.

Reed concluded by stating his belief that the “immortal spaceship,” a craft that is continually repaired and upgraded without a foreseeable termination of service date, is within scientific grasp.

Temperature: 19°C
Weather: Clear
Attendance in the Powell Auditorium: 88
Viewing Through the Live Stream on the PSW Science YouTube Channel: 37