The 2,414th Meeting of the Society

The last half century has seen incredible advances in biology that have yielded remarkable insights into how living organisms operate across multiple scales – from the molecular, to the cellular, to the population levels. Yet, we still do not understand what life is, how it originated, or how to create it in the absence of preexisting life.

This lecture will discuss recent efforts to approach these problems through the synthesis of artificial cells, which are materials that mimic the form or function of living cells. It will describe two general approaches taken by my lab and others. Top-down approaches aim to simplify extant organisms and biochemical processes to distill the minimal requirements for cellular life as we know it.

Perhaps more interesting (and challenging) are bottom-up approaches, that aim to create life-like materials from completely abiotic starting materials. The latter approach has the opportunity to create systems that, while exhibiting features that are hallmarks of living organisms, such as reproduction, evolution, and metabolism, bear little resemblance to life on Earth. Thus, by pursuing this research, we hope to gain a better understanding of what makes a material “alive.” 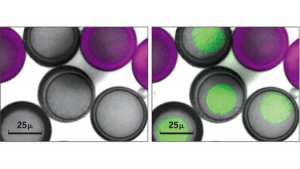 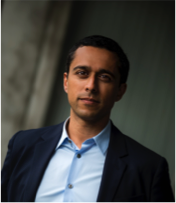 Neal K. Devaraj is a Professor in the Department of Chemistry & Biochemistry, and a Professor of Bioengineering at the University of California, San Diego. Before joining the UCSD faculty, he was a postdoctoral fellow at the Harvard Medical School.

A major research thrust of his lab involves understanding how non-living matter, such as simple organic molecules, can assemble to form life. Along these lines, he has developed approaches for the in-situ synthesis of synthetic cell membranes by using selective reactions to “stitch” together lipid fragments. His lab’s work has enabled the first demonstration of perpetually self-reproducing lipid vesicles and artificial membranes that can dynamically remodel their chemical structure. Recently, his lab has demonstrated that in situ synthesis can assemble lipid species within living cells, enabling studies that decipher how lipid structure affects cellular function.

Neal speaks to technical audiences frequently, has given over 80 invited lectures, and he is an author on more than 60 peer reviewed publications.

Among numerous honors recognizing his work, Neal is the recipient of a Guggenheim Fellowship in the Natural Sciences, is a Blavatnik National Laureate in Chemistry, received the American Chemical Society Award in Pure Chemistry and the National Fresenius Award, and he was named Camille Dreyfus Teacher-Scholar for his outstanding teaching.

Neal earned a BS in Biology and Chemistry at MIT, a PhD in Chemistry at Stanford University, and he did postdoctoral work as a fellow at Harvard Medical School.

On October 18, 2019, in the John Wesley Powell Auditorium of the Cosmos Club in Washington, D.C., President Larry Millstein called the 2,414th meeting of the Society to order at 8:02 p.m. He announced the order of business, that the evening’s lecture would be livestreamed on the internet, and welcomed new members to the Society. The minutes of the previous meeting were then read and approved.

President Millstein then introduced the speaker for the evening, Neal Deveraj, Professor in the Department of Chemistry and Biochemistry, and a Professor of Bioengineering at the University of California, San Diego. His lecture was titled, “Like Life: Bottom Up Synthetic Biology.”

Unicellular life first appeared approximately one billion years after the Earth formed. Scientists have endeavored to explain how life arose from nonliving matter, in other words, how chemistry became biology.

Some scientists attempted to create synthetic life through a “bottom up” approach. For example, the Miller-Urey experiment showed that spark discharges in water and simple precursors could lead to amino acids, one of the building blocks of life. Conversely, other scientists have attempted a “top down” approach, stripping down living cells to arrive at the minimal living cell.

Deveraj employs a “bottom up” approach in his research, in part because it may result in synthetic or mimetic life different from current biology. Scientists have already created protein synthesis in artificial compartments. Deveraj is now working to create the compartments themselves using phospholipids. Because lipids are polar, they self-assemble into bilayers which can form into vesicles.

Deveraj discussed the various methods of phospholipid manipulation his lab considered, including the remodeling pathway, to create membrane-forming lipids. He then described in detail the chemical structures and reactions used in his research to remodel lipids to create membranes in water. In pursuit of autopoiesis, whereby the membrane can create more of itself and potentially divide, Deveraj’s lab coupled a copper triazole species into their system to create an autocatalytic reaction that created both more catalyst and more phospholipids. Cross reactivity is avoided by using a common precursor. And, exposing the system to different precursors and environments has shed light on adaptation.

This research is complemented by the “top down” approach taken by Jeff Arrington in the United Kingdom, showing that bacteria stripped of their cytoskeletal machinery were still able to divide driven by excess synthesis of lipids. Deveraj is now experimenting with the kinds of lipids identified in Arrington’s research.

Looking to the future, Deveraj intends to explore chemical fuels and other energy sources in lieu of adding activated precursors, system memory and evolution, and tuning the system for homogeny.

Deveraj is also researching the use of combining isolated biological parts to mimic life functions, to eventually attempt creating life itself. Postdoc Henrike Niederholtmeyer is currently working to engineer non-living cell mimics to communicate with one another to perform higher-order function. To achieve this goal, the lab uses porous polymer cell-mimics with a porous polymer shell and an interior of hydrogel in which DNA is entrapped.

The cell-mimics have successfully produced proteins, exchanged proteins with one another, and specialized into protein senders and receivers. Deveraj said the capsules have achieved the higher-order behavior of artificial quorum sensing, whereby they restrict gene expression in correlation with their population density.

Temperature: 14°C
Weather: Clear
Attendance in the Powell Auditorium: 87
Viewing Through the Live Stream on the PSW Science YouTube Channel: 30