The 2,416th Meeting of the Society 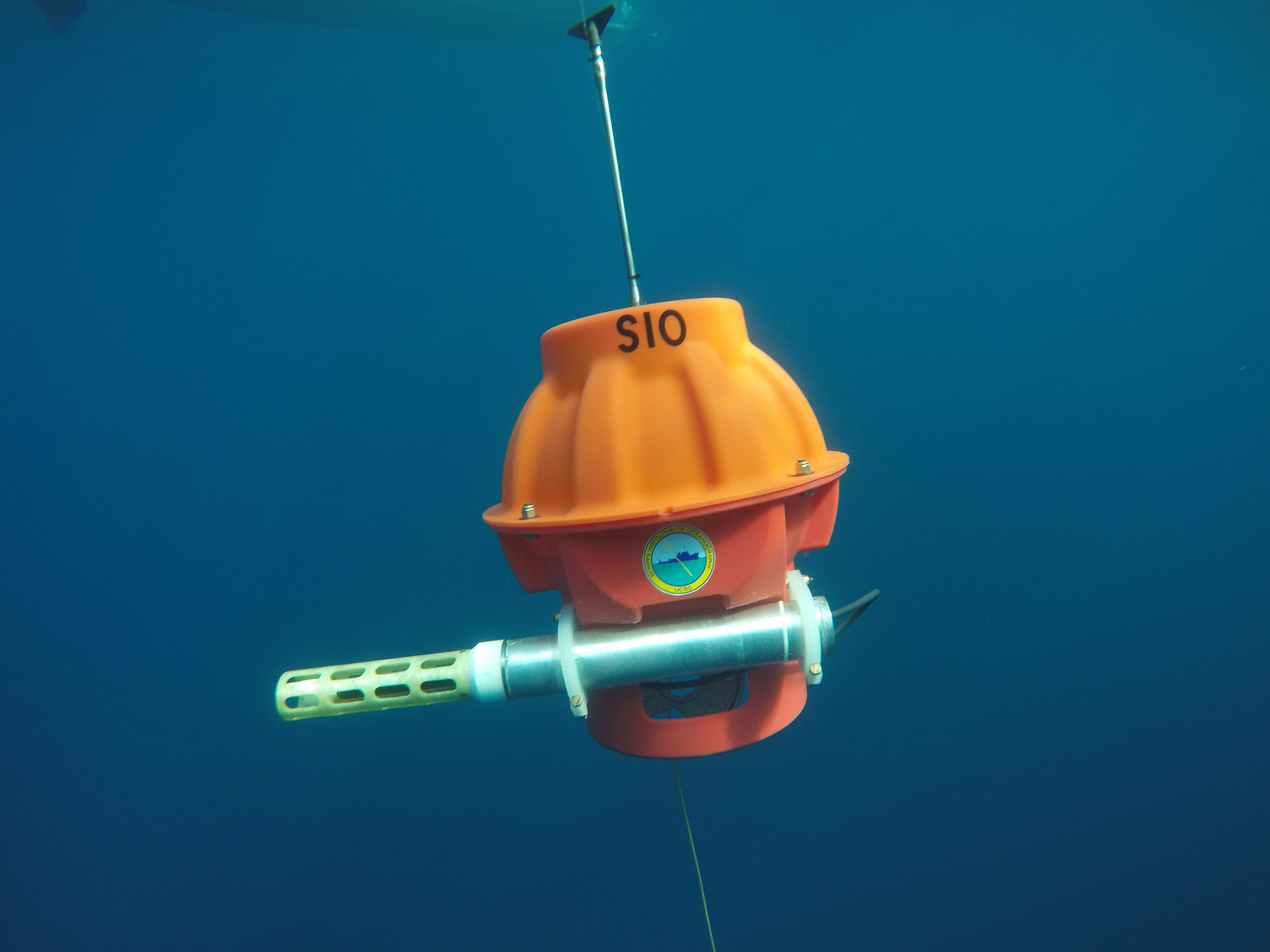 The era of global-scale ocean observations began with the Challenger Expedition in 1872. As part of its epic voyage around the world HMS Challenger measured the variation of ocean temperature with depth at about 300 stations. From this beginning, oceanography gradually advanced through the 20th century as new research vessels were launched and new observational technologies were developed. The development of autonomous systems and sensors towards the end of the 20th century initiated an on-going explosion of ocean observing technologies and a revolution in the gathering and interpretation of oceanographic data. In particular, instruments for low-power electronic measurement of temperature, salinity, depth and other ocean properties advanced rapidly, providing the foundation for the revolutionary development of autonomous free-drifting profiling instruments capable of making water-column observations over long periods of time, unattended and without the need for ship-borne maintenance.

The Argo Program was designed to exploit these technologies in an array of free drifting, autonomous profiling floats evenly over the global ocean. The first floats were deployed in 2000 and there are now over 3,500 floats operating in the global oceans., cycling between the surface and a depth of 2,000 feet profiling temperature, salinity and other parameters from depth to the surface and then transmitting their location and the profile data via satellite for study in understanding the roles of ocean temperature, salinity, and circulation in climate variability and change.

The Argo Program continues to advance float and sensor technologies for future deployment. Through advanced lithium batteries, energy savings in floats, and enhanced capabilities of Iridium satellite communications, Argo floats now being deployed have lifetimes of 10 years or longer. New Deep Argo floats have been developed to extend Argo observations to the sea floor at depths up to 6000 meters, with improved accuracy and stability. And low power sensors are being developed to measure pH, dissolved oxygen, nitrate, and other properties to enable Argo to address ocean acidification, de-oxygenation and other biogeochemical and ocean ecosystem issues.

The Argo Program now is a partnership of over 30 contributing nations., a structure that provides the resources, capabilities, and global reach needed to build, sustain and improve the array, to capture and store the data, and to ensure that Argo data is freely and immediately available (e.g., via the internet (http://www.argo.net). Data from Argo now is widely used and has become essential for a variety of basic oceanographic research, climate assessments, operational ocean reanalysis, forecasting and oceanographic education. About twenty operational centers around the world assimilate Argo data into their ocean and coupled forecast models. Nearly 4,000 research papers have been published using Argo data, and Argo data has been an important part of over 300 PhD theses.

Argo is a key element of the Global Ocean Observing System (GOOS), which includes both satellites and in situ ocean networks. Other in situ networks in the GOOS include moored observatories, surface drifters, subsurface ocean gliders, and repeat hydrography by research vessels. Synergies between these elements greatly increase the value of the GOOS.

Looking back to global oceanography’s modest beginnings in the Challenger Expedition, and continuing through the 20th century era of research vessels, the recent explosive growth of autonomous ocean observing, including Argo, is transforming oceanographic science. A comprehensive, global, multi-disciplinary, top-to-bottom ocean observing system is a realistic objective for the next decade.

Dean Roemmich is Distinguished Professor of Oceanography Emeritus in the Divisions of Integrative Oceanography and Climate, Atmospheric Science, and the Physical Oceanography Division at the Scripps Institution of Oceanography of the University of California – San Diego (SIO). He has been at SIO since 1981. He is a leader of the Argo Program and is coordinator of US Argo Consortium. (http://www.argo.ucsd.edu). Previously he was Chair and was Co-Chair of the International Argo Steering Team, and he led the original Argo design team.

Dean has served on the NOAA Climate Working Group, the Tropical Pacific Observing System Steering Committee, the U.S. National Academy of Sciences panel on “Sustaining Ocean Observations to Understand Future Changes in Earth’s Climate”, the Pacific Islands Global Ocean Observing System Steering Team, and as a Lead Author for the 5th Assessment Report of the Intergovernmental Panel on Climate Change.

For over 40 years Dean has carried out basic research and teaching in large-scale ocean circulation and climate, implementing new technologies and designing, collecting, and analyzing new datasets in all of the world’s oceans. He is an expert in the general circulation of the oceans and the role of oceans in the climate system, and he is an author on more than 100 research papers.

On November 15, 2019, in the John Wesley Powell Auditorium of the Cosmos Club in Washington, D.C., President Larry Millstein called the 2,416th meeting of the Society to order at 8:01 p.m. He announced the order of business, that the evening’s lecture would be livestreamed on the internet, and welcomed new members to the Society. The minutes of the previous meeting were then read and approved.

President Millstein then introduced the speaker for the evening, Dean Roemmich, Distinguished Professor of Oceanography at the Scripps Institution of Oceanography, University of California – San Diego. His lecture was titled, “Argo: A Flotilla of Autonomous Ocean Sensors; Observing the Oceans’ Role in Climate Systems.”

Satellites can observe small net energy fluxes in the Earth’s upper atmosphere. But those observations do not reveal the full story of net heat flux in the ocean, atmosphere, and cryosphere. Roemmich said the best answers to whether there is more radiation entering Earth’s atmosphere than leaving it are to be found through global ocean observation because oceans are where net heat is predominately stored. Global ocean observation will also provide data relating to basic research, ocean reanalysis, and weather forecasting.

The first global-scale oceanography began in 1872, with the HMS Challenger, a British warship converted into a research vessel. Roemmich explained the methods Challenger used to gather its data, which was first to reveal basic ocean stratification, including temperature measurements down to the ocean’s bottom in 300 places worldwide.

Few ocean-scale expeditions followed Challenger until the 1920s, when RV Atlantis, RV Meteor, and RRS Discovery were commissioned and made ocean-scale surveys in the Atlantic Ocean.

In the 1990s, pumps were developed to control instrument buoyancy, and profiling float sensor packages were created, making the Argo Program possible.

Argo floats are dispersed around the world and collect a temperature and salinity profile and a trajectory every 10 days, with data returned by satellite and made publicly available within 24 hours. The floats descend from the sea surface to a depth of 1000 m, drift there for approximately 9.5 days, descend to 2000 m, and then immediately surface and report data using iridium cellular communication. The cost of an Argo profile is roughly $200, compared to a shipboard profile that costs over $10,000 when shiptime is included.

Argo was planned in the late 1990s, to create a network of 3,300 profiling floats. Argo reached its float target in 2007, and continued to grow. Today there are approximately 3,850 Argo floats with approximately one float per every 3° by 3° square in the world’s oceans. Roemmich described the multinational partnership vital to Argo’s success. Argo data has contributed to over 3,800 research papers and in October 2018, Argo celebrated its 2 millionth ocean profile.

By the end of 2020, Argo will have more than 150 deep Argo floats, operational at depths up to 6000 m. Argo is also developing biogeochemical sensors measuring six different parameters to inform scientists about matters including ocean acidification, de-oxygenation, and ecosystem health.

Roemmich advocates gathering as much data for as long as possible. He is optimistic the public availability of that data will lead to research and analysis not yet contemplated.