The 2,421st Meeting of the Society

First Ever Images of a Black Hole

Black holes are the most exotic objects in the universe, and they constitute laboratories of extremes where we can put our fundamental theories of nature to the most stringent tests. At their center lies a singularity of infinite density whose character requires the union of general relativity and quantum mechanics. This singularity is shielded from view by the event horizon where the gravitational potential prevents anything, even light, from escaping. In a paradox created by their small size and enormous gravitational pull, black holes can convert the energy of infalling matter into intense electromagnetic radiation, making them some of the most luminous objects in the sky. At the cores of most galaxies, black holes that are millions or billions of times the mass of our Sun can outshine all the stars in the host galaxy, and can launch jets of near light-speed material that extend for millions of light years. If we could resolve and image such a black hole down to event horizon scales, we could test general relativity in an entirely new cosmic context and study with precision how black holes power some of the most energetic phenomena in the universe.

The Event Horizon Telescope (EHT) is a global array of radio dishes, linked together by a network of atomic clocks to form an Earth-sized virtual telescope that can resolve the nearest supermassive black holes. Einstein’s general relativity predicts that a distant observer should see a ring of light encircling the black hole, which forms when radiation emitted by infalling hot gas is lensed by the extreme gravity near the event horizon. On April 10th, 2019, the EHT project reported success. It imaged a black hole and saw the strong gravitational lensing at the black hole boundary, confirming the predictions of General Relativity theory.

This talk will cover how this was accomplished, details of the first results, and future directions that will enable real-time black hole movies.

Shep’s talk will be followed by presentations by Michael Johnson and Andrew Strominger. Michael is on the faculty at Harvard University and he co-led the imaging team that produced the image of a black hole. He will discuss photon rings of black holes, the information they can provide about the structure of the universe and how they might be resolved by expansions of the Event Horizon Telescope.

Andy’s talk will cap the evening’s lectures. He will discuss implications of black hole imaging to fundamental theoretical physics and our understanding of the physical universe. Following Andy’s talk, all three speakers will join together for a Q&A session with the audience. 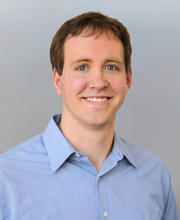 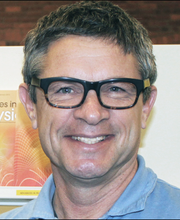 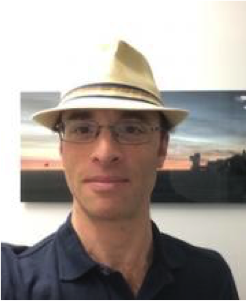 Sheperd Doeleman is the Founding Director of the Event Horizon Telescope (EHT) Collaboration, an Astrophysicist at the Center for Astrophysics of Harvard University and The Smithsonian Institution, and a Harvard Senior Research Fellow. He is also the co-Founder of the Harvad Black Hole Initiative (BHI). Previously, Shep was Assistant Director and Principal Research Scientist at the MIT Haystack Observatory. Over the past twenty years, he has been Principal Investigator on over $50M in public and private foundation grants to support and develop the Event Horizon Telescope project.

Shep’s research interests focus on problems in astrophysics that require ultra-high resolving power. He has used radio interferometry on continent-scales at high frequencies to study the atmospheres of dying stars, as well as stars that are just being born. His group pioneered the development of instrumentation that enables such interferometers to achieve the greatest resolving power possible from the surface of the Earth. Using these new systems, he carried out the first global experiments that successfully measured the size of the supermassive black hole at the center of the Milky Way Galaxy and a black hole in the galaxy M87. And he led the international EHT team that recently succeeded in making the first image of a supermassive black hole.

Shep has published over 100 technical and scientific papers. He lectures widely to scientific and public audiences.

Among other honors and awards, Shep has been awarded a Guggenheim Fellowship, the NSF Diamond Achievement Award, the Breakthrough Prize in Fundamental Physics (on behalf of the EHT Collaboration), the Smithsonian American Ingenuity Award (together with the EHT Collaboration), the Bruno Rossi Prize of the American Astronomical Society, and the AAS Lancelot M. Berkeley Prize.

Shep earned a BA in Physics at Reed College and a PhD in Astrophysics at MIT. In between the two course of study he spent a year in Antarctica conducting space-science experiments at McMurdo Station on the Ross Ice Shelf.

He studies the most compact objects in the universe – black holes and pulsars – through imaging with extremely fine resolution. His research on pulsars utilized interstellar scattering as a vast stochastic lens, and his studies of active galactic nuclei have used Earth-to-space interferometry to achieve the highest direct resolution in the history of astronomy. His contributions across the Event Horizon Telescope project include developing new imaging methods to produce movies of rapidly evolving black holes, and studies of magnetic fields near black holes using polarimetry. He is an author on more than 80 publications.

*************
Andrew Strominger is the York Professor of Physics and Director of the Center for the Fundamental Laws of Nature at Harvard University. Before coming to Harvard he was on the faculty at UC-Santa Barbara.

Andy is an author on over 200 scientific publications.

Among many honors and award, Andy is the recipient of the Physics Frontiers Breakthrough Prize, the Klein Medal, the Dirac Medal, the Dannie Heineman Prize, and a Guggenheim Fellowship.

He earned his AB at Harvard, his MA at UC-Berkeley and his PhD at MIT.

On May 15, 2020, by Zoom videoconference broadcast on the PSW Science YouTube channel, President Larry Millstein called the 89th Joseph Henry Lecture and 2,421st meeting of the Society to order at 8:03 p.m. EDT. He announced the order of business, that the evening’s lecture would be livestreamed on the internet, and welcomed new members to the Society. The Recording Secretary then read the minutes of the previous meeting.

Doeleman opened the lecture, explaining that a black hole is matter condensed into a small enough volume that, at its edge, gravity is so strong the matter collapses in on itself and creates an event horizon, beyond which not even light can escape.

Doeleman then explained how the Event Horizon Telescope (or EHT) captured the first image of a black hole. Einstein’s theories of gravity predicted the existence of black holes, and in recent years, scientists have been able to use computer technology to simulate them. These simulations produce asymmetrical, shadowy spheres with by light bent around dark centers, creating a photon ring whose diameters are the square root of 27 multiplied by the Schwazchild radius, just as Max van Laue predicted in 1921.

EHT predicted M87’s shadowy sphere was 50 micro arc second across. To see that sphere would require a radio wave telescope 10,000 km across. To accomplish this feat, the EHT used short wavelength, very long baseline interferometry (or VLBI) – which splits the telescope into two pieces located on opposite ends of the Earth, equipped with atomic clocks that precisely tag data which is recorded onto hard disks and compared. This technique mimics a radio telescope with a dish the distance between the two telescopes.

The EHT currently comprises 8 telescopes and will be expanding to 11 total. Each pair of telescopes gives the EHT additional data points as the Earth rotates. For four days in 2017, EHT focused its array on M87. To avoid “group-think,” the team then split into four groups to independently image the data. Each team’s final image showed an asymmetrical ring-like structure with a photon orbit. Doeleman explained how the team reconciled their methods to conclude M87 is a 6.5 billion solar mass black hole. This measurement is consistent with measurements predicted by General Relativity, the Kerr hypothesis, and stellar dynamics measurement.

By adding telescopes around the Earth and potentially in Earth orbit, Doeleman said the next-gen EHT will be able see how black holes connect to and power the jets they launch in movie-like resolution.

Michael Johnson next spoke on analysis of M87’s photon ring. Black holes are defined by only two measures, their size and spin. Johnson said this information is encoded in the spherical photon orbits that create the photon ring.

Johnson said if the team could “unwrap” the photon ring, they could see a tomographic probe of the three-dimensional distribution of the emitting material in the spacetime close to the event horizon.

The photon ring is actually a stack of subrings, and each subring is indexed by photon orbits around the black hole. By looking at emission profiles as a function of distance from the black hole’s center, peaks of emission are revealed corresponding with each subring. The subrings give a strong interferometric signatures on long baselines, which can be measured with a single pair of telescopes measuring at different frequencies.

Viewing subrings at very long baselines allows scientists to decouple relativistic effects from astrophysical effects. Such viewing will improve by adding telescopes to the EHT.

Andrew Strominger then spoke on the quantum information paradox and how work on the paradox has dovetailed with EHT imaging.

Classically, a black hole the simplest object in the universe - an empty space with nothing inside its edge. Anything crossing the horizon dissolves into nothingness. But in 1974, Stephen Hawking applied the uncertainty principle to black holes and showed they radiate.

The temperature of the Hawking radiation is a function of the black hole’s mass. This relationship should allow scientists to infer the number of gigabytes in a black hole in what Strominger described as “a very fundamental and very mysterious formula.” He said all the information in Google’s databanks could fit in a black hole measuring 10-24 mm, making them the most complex possible objects in the physical universe.

The three speakers then took questions from the online audience.

One Zoom viewer asked whether cubesats could be used for a next-gen EHT. Doeleman said the satellites would likely need to be bigger than cubesats, requiring space antennae of at least 2-3 m diameter. He believes the EHT can “piggyback” on existing missions.

A member viewing through Zoom asked whether all black holes have photon rings. Johnson answered affirmatively, explaining that photon rings scale according to a black hole’s size.

Temperature in Washington, D.C.: 28° C
Weather: Clear
Viewing Through the Live Stream on Zoom: 54, and on the PSW Science YouTube Channel: 89