The 2,422nd Meeting of the Society

When AI Joins the Human Brain 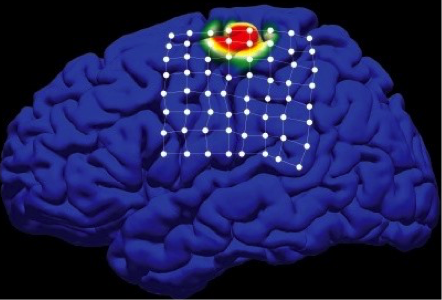 Biological evolution has endowed the human brain with computational capabilities that have made us the most adaptive and inventive species on the planet. These capabilities are beginning to be replicated or in some cases surpassed by recent advances in the field of artificial intelligence (AI). In this talk, I will explore the tantalizing possibility of merging AI and the brain using the concept of brain co-processors. I will present recent examples of brain co-processors developed at the Center for Neurotechnology that can be used to rewire the brain and spinal cord after injury or disease in order to restore lost function. I will also present other brain co-processors that augment the human brain by enabling direct brain-to-brain communication and sensory augmentation. I will conclude by discussing the ethical and societal implications of brain co-processors and the need for appropriate guidelines and regulations as tech companies begin investing in such neurotechnologies. 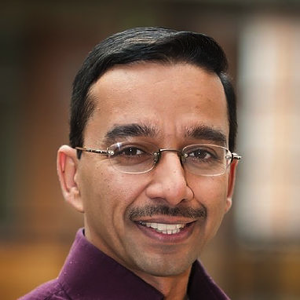 Rajesh has done pioneering research in computational neuroscience, AI, and brain-computer interfacing. He and his collaborators were the first to demonstrate direct brain control of a humanoid robot, direct brain-to-brain communication in humans, and three directly-communicating human brains forming a “Brian-Net”.

Rajesh is an author on more than 200 articles on his research, and he is the author of the authoritative text: Brain-Computer Interfacing (Cambridge University Press), and co-editor of two texts on research in these areas: Probabilistic Models of the Brain (MIT Press) and Bayesian Brain (MIT Press).

Among other honors and awards, Rajesh is the recipient of a Guggenheim Fellowship, a Fulbright Scholar award, an NSF CAREER award, a Young Investigator Award from the Office of Naval Research, a Sloan Faculty Fellowship, and a Packard Fellowship for Science and Engineering.

Rajesh is an avid teacher and speaks often to the public. In addition to his more conventional educational activities, he and Adrienne Fairhall offered the first massively open online course (MOOC) in computational neuroscience, on Coursera.

Rajesh also is actively interested in classical Indian paintings, and in the 4000-year-old undeciphered Indus script, a topic on which he has given a TED talk that, as of now, has had over 2 million views.

Rajesh earned his PhD at the University of Rochester.

On June 5, 2020, by Zoom videoconference broadcast on the PSW Science YouTube channel, President Larry Millstein called the 2,422nd meeting of the Society to order at 8:00 p.m. EDT. He announced the order of business, that the evening’s lecture would be livestreamed on the internet, and welcomed new members to the Society. The Recording Secretary then read the minutes of the previous meeting.

President Millstein introduced the speaker for the evening, Rajesh P.N. Rao, Professor of Computer Science and Engineering and co-Director of the NSF Center for Neurotechnology at the University of Washington. His lecture was titled, “When AI Joins the Human Brain: Brain Co-Processors for Restoring and Augmenting Human Function.”

Rao asked, what would be possible if a computer were connected directly to the human brain? He posited such a connection could enhance our human abilities with robotics, facilitate learning skills by downloading information directly to the brain, and convey thoughts “telepathically.” The Center for Neurotechnology is currently exploring these questions with brain co-processors, which use artificial intelligence to interact directly with the brain.

A brain co-processor reads from and writes information to the brain and, in some cases, to and from an external information source or actuator. Rao’s lab is exploring electro-encephalography (EEG), electro-cochleography (ECoG), and micro-electrodes as a co-processor technology. EEG uses electrodes attached to the scalp to record small electrical fluctuations which are then decoded to record brain activity. ECoG receives and transmits information directly on the surface of the brain. Micro-electrodes are implanted inside the brain and allow scientists to attempt to receive and write information directly to and from targeted neurons.

In 1988, scientists successfully decoded intended activity from neural activity. In 2012, University of Pittsburgh researchers successfully enabled a woman with tetraplegia, after 13 weeks of practice, to control a prosthetic arm with seven degrees of freedom.

Co-processors may be used to bridge disconnected areas of the brain, such as after a stroke. One of Rao’s collaborators successfully completed such a bridge by reading from one area of an animal’s brain and writing it to another. After two days of connection, the researchers observed hebbian plasticity strengthening the connection. Rao said, eventually, an artificial bridge may sufficiently strengthen brain connections such that they function without a co-processor’s assistance.

ECoG can facilitate the brain’s direct control of software functions. As proof of concept, Rao and his colleagues were able to use ECoG to read activity in the Broca area of the brain generated by a subject’s repetition of the word “move” to move a cursor on a screen, with only 30-60 minutes of the subject’s practice. As subjects practiced, they became able to move the cursor using only imagined speech. Rao is optimistic this technology could eventually be used to assist people who have lost motor functions to communicate.

EEG has also shown sufficient to extract information about imagined movements. In 2008, researchers were able to train subjects for several days and to read the subjects’ imagined feet movements with EEG to navigate virtual mazes. That same year, researchers were first able to use EEG to control a robotic avatar to pick up and move objects. Rao called the feat “Ironman 1.0.”

In 2010, Rao asked whether co-processors could enable brain to brain communication. Transcranial Magnetic Stimulation (TMS) uses an induced magnetic field to penetrate the skull and induce electrical current in the brain. Researchers have been able to use TMS to control certain motor functions and the visual cortex. Rao said TMS is limited by the precise brain mapping and instrument placement required for it to perform the intended function.

In 2013, Rao’s team demonstrated proof of concept by using EEG to read Rao’s brain to write with TMS onto his collaborator’s brain and control the collaborator’s hands to play a simple video game. The team used the same concept to stimulate a subject’s visual cortex to communicate answers to a series of yes/no questions.

In 2019, Rao co-authored a Scientific American paper on their success in creating a multi-person “BrainNet” used to collaboratively play a Tetris-like game. That work explored a subject’s ability to discern the relative value of information received from multiple brain sources.

Rao concluded by looking to the future. He is currently researching use of co-processors to train artificial neural networks. This work could potentially lead to neurological therapies for people who have experienced stroke and spinal cord injuries.

The speaker then took questions from the online audience.

One member asked how optogenetics fit into the taxonomy of technologies to rewrite the brain. Rao said optogenetics is used to change genes that allow imaging of individual cells and neurons. It is currently very invasive and only used in animals. Human use will depend on the ability to so safely and less invasively.

Another member asked why there seems to be a significant delay between co-processing advancements and commercial availability. Rao answered he believes hurdles include legal liabilities and the need to improve the robustness of these technologies outside of laboratory settings.

Temperature in Washington, D.C.: 29.5° C
Weather: Clear
Viewing Through the Live Stream on Zoom: 38, and on the PSW Science YouTube Channel: 55