The 2,447th Meeting of the Society

The Thirty Meter Telescope (TMT), is an extremely large optical-infrared telescope with diffraction-limited performance that will shape the landscape of astronomy for the next 50 years from its vantage point in the northern hemisphere.  With state-of-the-art adaptive optics, TMT will advance the frontier of science in the study of the earliest stars and galaxies, exoplanets and the search for extraterrestrial life, the growth of galaxies, extreme gravity and supermassive black holes, and the nature of dark matter and dark energy.  This lecture will discuss the technology, engineering, and challenges of building the TMT.

TMT is one of the three very large ground based optical telescope projects currently underway in the world. Two of these are US led projects: the Giant Magellan Telescope (GMT) and the Thirty Meter Telescope (TMT).  The third is a European led project – the European Extremely Large Telescope (EELT).  Because of their size, light gathering abilities and advances in adaptive optics, the light gathering ability and resolution of each of these observatories will  exceed those of the Hubble Space Telescope by very wide margins.  In addition to this lecture on the TMT, Jim Fanson presented on the GMT at PSW’s  2,436th meeting on March 5, 2020.  And the EELT will be the subject of a lecture at a meeting next year. 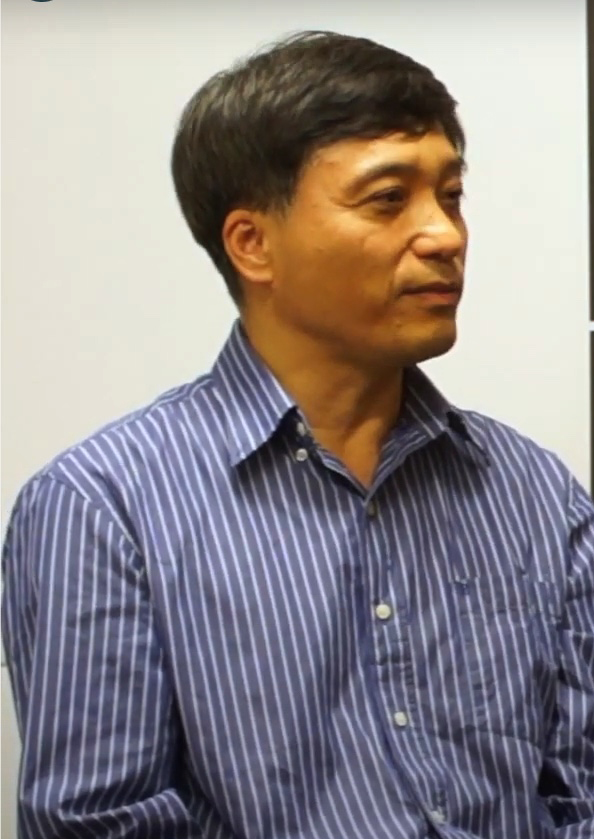 Fengchuan Liu is the acting project manager for the Thirty Meter Telescope project.  He has had a long and distinguished career in the management and engineering of large space missions and science projects, including serving as Project Manager of the WISE, NEO-WISE and NEOCAM missions and as Deputy Project Manager of the NISAR and LTMPF missions.

Fengchuan is an author on over 40 peer reviewed journals and conference proceedings.  And he is the recipient of a NASA Outstanding Leadership Medal, a NASA Exceptional Achievement Medal, and of the JPL Magellan Award.

On October 22nd, 2021, by Zoom webinar broadcast on the PSW Science YouTube channel, President Larry Millstein called the 2,447th meeting of the Society to order at 8:02 p.m. EDT. He welcomed everyone, thanked sponsors and announced new members. Recording Secretary James Heelan then read the minutes of the previous meeting and the lecture by Olivier Guyon on adaptive optics.

After soliciting comments, announcing that the minutes would be posted to website and thanking the Secretary, President Millstein introduced the speaker for the evening, Fengchuan Liu, Project Manager of the Thirty Meter Telescope Project. His lecture was titled, “Twelve Times Hubble and Halfway to Space.”

Liu began by discussing how telescopes have progressed in size over the last 400 years, from the earliest instruments just a few centimeters in diameter, to today’s largest ten meter-class telescopes. He noted that each increase in size and light-gathering power have enabled new discoveries about increasingly distant objects. He said that the next generation of 30-meter class telescopes promise to bring about dramatic new discoveries as well.

The speaker the discussed the history of telescope building. In particular he noted that building the Hale telescope demonstrated that there are insurmountable problems of casting and polishing single monolithic mirror telescopes beyond a certain size and that the maximum size was being reached by the Hale's mirror. While it has been possible to cast 8 meter class telescopes, mirrors much larger than that cannot practically be made by modern fabrication methods.

Fortunately, Liu explained, the limitations can be overcome by segmented mirror telescopes, in which multiple relatively small mirrors are so perfectly aligned that they act together in effect as a single monolithic mirror. The idea was conceived by Jerry Nelson and first demonstrated in the Keck telescope, which used laser sensors and computer-controlled actuators to align 36, 1.8 meter hexagonal mirrors forming, in essence, a ten meter aperture primary mirror. The Keck paved the way for the current generation of extremely large telescopes now on the drawing boards and under construction.

The speaker emphasized why telescope size is important, both for enabling us to see more distant, dimmer objects, but also for resolving smaller angular scales. To illustrate this, he pointed out that a telescope with a 30-meter primary mirror can see objects 12 times smaller than a telescope that has a 2.4 meter primary mirror, which is the size of the mirror in the Hubble Space Telescope.

However, Liu told the audience, size in not the whole story. The resolving power of telescopes on the ground are limited by distortions introduced by the Earth’s atmosphere, something that does not limit the performance of space telescopes and is the reason observations by the Hubble Space Telescope outperform earth-based observatories despite its relatively small mirror. Atmospheric distortion can be limited to some extent by choosing the right location, he said. For instance, the peak of Mauna Kea on the Big Island in Hawai’i is halfway to space - only half of the Earth’s atmosphere remains above the summit - dramatically decreasing the interference. In addition to reducing distortion, getting above the atmosphere is is especially important for seeing infrared light which is absorbed by the Earth’s atmosphere. Although, high altitude helps considerably, it does not entirely eliminate atmospheric distortion.

Liu explained that much of the distortion can be corrected by Adaptive Optics (AO), a technique developed around 30 years ago that has revolutionized astronomy. He described the principles behind adaptive optics in which the shape of a deformable mirror is adjusted in real time so as to just compensate for distortions introduced by light's passing through the atmosphere. The distortions are detected using a guide star. Both natural stars and artificial point sources created by lasers in the upper atmosphere can be used.

The speaker said that the Thirty Meter Telescope is designed to answer the Big Questions: including the nature and composition of the universe; how galaxies and black holes form, and which came first; the nature of exoplanets; and to assist with the search for life in the universe. Liu showed examples of simulated observations with the Thirty Meter Telescopes, illustrating how it will dramatically improve our view of solar system objects such as Io and Europa, our ability to detect exoplanets, and our ability to observe the galactic center, stellar motions, distant galaxies, gravitational lensing, and the first stars and galaxies.

Liu then turned his attention to the technologies and building of the telescope. 82% of the key subsystems are already designed, he said, including the dome, which will be provided by Canada, and is designed to minimize its impact and footprint on Mauna Kea, 500 feet below the summit. The telescope is comprised of 492 mirror segments covering 652 square meters, with gaps between segments of only 2.5 millimeters. The polished mirror segments are provided by the US, Japan, India and China from mirror blanks prepared in Japan. Liu said that every two years, the mirror segments will need to be re-coated. Ten segments will be re replaced every 2 weeks, during the daytime when the telescope is not being used, and by a specially designed robot.

In conclusion, he said that the TMT design is mature and well understood, and promises to bring new discoveries, and to change the landscape of astronomy for the next fifty years in the northern hemisphere. He concluded by saying distant shores are waiting for us.

The speaker then answered questions from the online viewing audience.

PSW Member Carl Merrill asked the speaker to contrast the capabilities of the Thirty Member Telescopes to the James Webb Space Telescope soon to be launched. Liu responded that Webb is a space telescope operating in the infrared part of spectrum, at longer wavelengths, where is it necessary to go to space to avoid the emission from the Earth’s atmosphere. TMT is an optical near-IR telescope that can cover those wavelengths from the Earth.

Member Dave Rabinowitz asked whether the altitude of the guide star needs to be modified based on atmospheric conditions, and if so, how rapidly. The speaker responded that the guide star is located at around 90 km and is not a specific point but a column. The frequency of the adaptive optics system modulation is 1000 Hz, which is suitable for the CMOS camera operating at 600 Hz.

Temperature in Washington, D.C.: 17° C
Weather: Cloudy
Concurrent Viewers of the Zoom and YouTube live stream, 86 and views on the PSW Science YouTube and Vimeo channels: 480.