The 2,454th Meeting of the Society 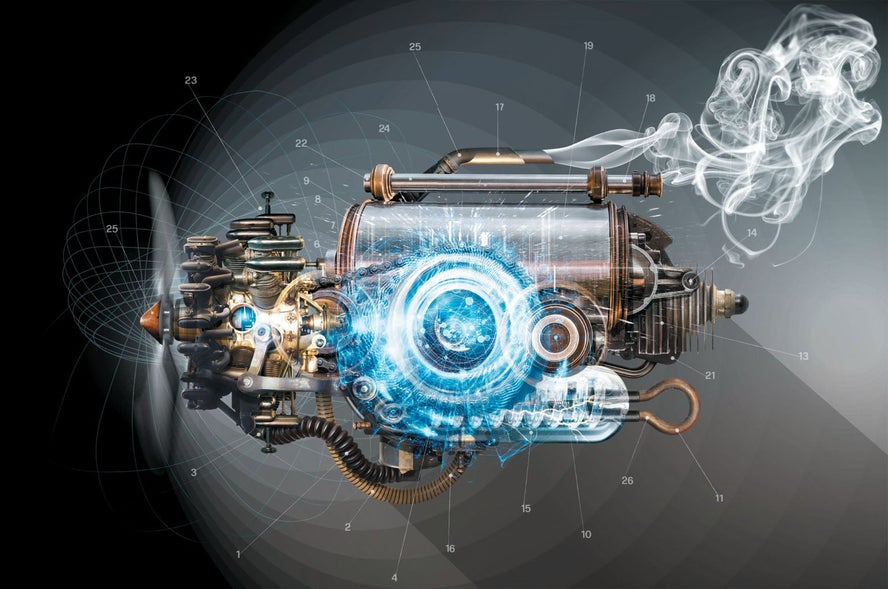 The Industrial Revolution lit the spark of thermodynamics, the study of energy.  Since it was first formulated, just before the Philosophical Society of Washington was founded (1871) the science of thermodynamics has shed light on engines, efficiency, and the arrow of time.  The steam engines that power factories, consisting of many particles, are well-approximated by the classical physics as codified by Isaac Newton.  However, much of today’s technology and experiments are small-scale and eschew classical mechanics.  For instance, quantum systems consist of few electrons, atoms, or other particles.  Quantum physics is being leveraged to build computers that will outstrip even today’s supercomputers in solving certain problems.

Analogous to computational tasks in information science are energy-processing tasks in thermodynamics.  Examples include the powering of engines, the charging of batteries, and refrigeration.  Can quantum physics benefit thermodynamic tasks as it benefits computational tasks?  How would a quantum engine look?  Does the nature of heat change at the quantum scale?  Twenty-first-century science calls for a re-envisioning of 19th-century thermodynamics.  I will discuss how researchers are modernizing thermodynamics using the theoretical framework behind quantum computing.  I call this program quantum steampunk, after the steampunk genre of literature, art, and cinema in which futuristic technologies populate Victorian-era settings.  This lecture will discuss the quantum steampunk development of quantum thermodynamics. 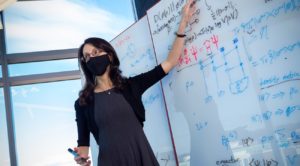 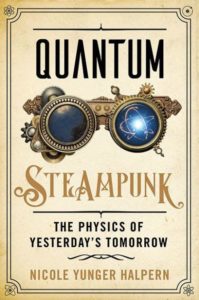 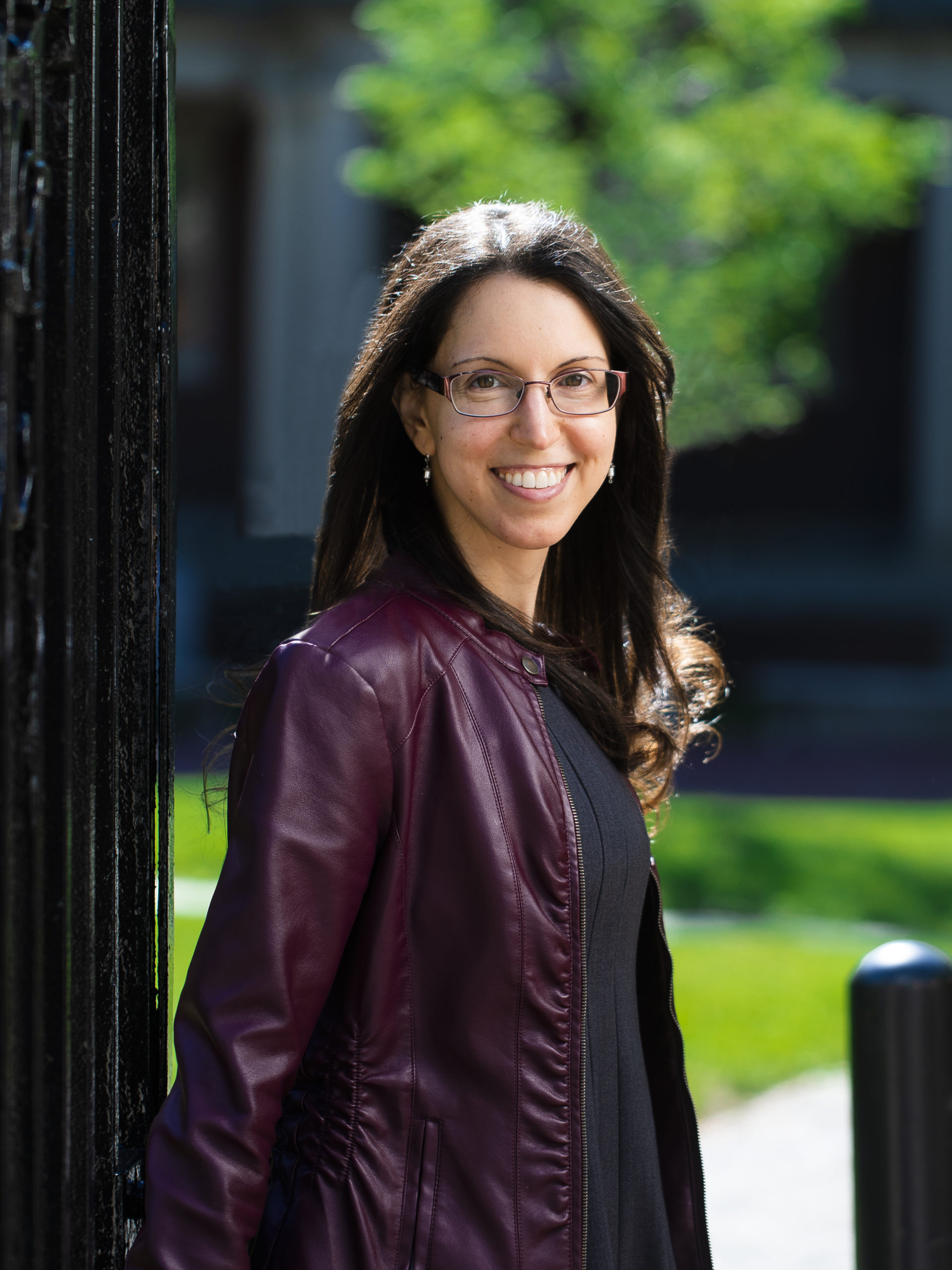 Nicole Yunger Halpern is a Fellow of the Joint Institute for Quantum Information and Computer Science, a theoretical physicist at the National Institute of Science and Technology, and an Adjunct Assistant Professor at the University of Maryland.  Previously she was a postdoctoral fellow in Physics at Harvard University.

Her primary research focus is to reformulate classical thermodynamics developed in the 19th century using quantum physics.  She has dubbed this research “quantum steampunk,” after the steampunk genre of art and literature in which Victorian settings are juxtaposed with futuristic technologies.

Nicole has written 34 papers coauthored with over 60 collaborators and she has presented over 100 invited talks.  She also is the author of the book “Quantum Steampunk: The Physics of Yesterday’s Tomorrow”, which New Scientist called one of “the best science books coming your way in 2022.”  In addition, she has written over 100 articles for the blog Quantum Frontiers, and numerous articles and poetry for Scientific American, the Mathematical Intelligencer, and other publications.

Among other honors and awards, Nicole’s doctoral dissertation won the international Ilya Prigogine Prize and she was awarded the International Quantum Technology Emerging Researcher Award as a Postdoctoral Fellow at Harvard University.

Nicole earned a BS at Dartmouth College, where she was co-valedictorian of her class; an MS at the Perimeter Institute for Theoretical Physics, and a PhD in Physics at CalTech (the California Institute of Technology).

On February 25, 2022, from the Powell Auditorium of the Cosmos Club in Washington, D.C, and by Zoom webinar broadcast on the PSW Science YouTube channel, President Larry Millstein called the 2,454th meeting of the Society to order at 8:03 p.m. EST. He welcomed new members, and the Recording Secretary read the minutes of the previous meeting.

President Millstein then introduced the speaker for the evening, Nicole Yunger Halpern, a Fellow of the joint Institute for Quantum Information and Computer Science and a theoretical physicist at the National Institute of Science and Technology. Her lecture was titled, “Quantum Steampunk: Victorian Themodynamics Meets Quantum Computing.”

Thermodynamics developed in the 19th century as the study of energy, its forms, and the transformations between those forms. The field was motivated by technologies of its day such as the steam engine, and it had influence on fundamental physics by asking questions such as, “why does time flow in only one direction” and “what is matter.”

Yunger Halpern said thermodynamics no longer suffices because modern technologies have given scientists control over extremely small systems such as single strands of DNA, which thermodynamics alone does not explain. Quantum physics, she said, “is the physics of the small.” Still, even in small systems, thermodynamic concepts such as heat and work remain relevant.

Quantum information theory studies how scientists can use quantum phenomena to process information in ways impossible with classical systems. Quantum phenomena include entanglement, non-commutation, disturbance by measurement, and discreteness of energies.

Quantum information theory has been motivated in part by the promise of quantum technologies, and it focuses on how information is stored and processed. Using this “toolkit,” Yunger Halpern said thermodynamics can be “updated” to become the field of quantum thermodynamics, which she has dubbed “quantum steampunk.”

The speaker then gave a primer on qubits and quantum systems. She said entropies represent uncertainties, and then related through multiple equations how entropy quantifies the maximal efficiency with which some information processes can be performed. Entropy also exists in statistical mechanics, as the spread of probability across possible states.

The speaker than said that beyond having conceptual overlaps, thermodynamics and information can “help each other.” She began by explaining Szilard’s Engine, which states that information can convert the random energy of heat into focused work. By placing a classical particle in a box and placing in the box a partition connected to a weight, the particle will bump against and move the partition. This movement pulls the weight up and causes it to gain gravitational potential energy. In exchange for this work, information is lost about where in the box the particle is located.

This process can be reversed by what is called Landauer Erasure. By allowing the weight to pull the partition toward its original position in the box, work is converted into information about the particle’s location. In other words, because erasure costs thermodynamic work, computation has a fundamental energy cost, which the speaker said meant that computation is fundamentally related to thermodynamics.

She then explained entanglement, which manifests in correlations between measurement outcomes. Yunger Halpern illustrated the concept by describing a whole-system measurement to accurately predict the states of two connected qubits. She then described a system for erasing qubits entangled with some other system, which she called a memory, that can be used to perform or extract work. “Burning” the correlations between the system and the memory is “fuel” for turning information into a resource.

Quantum thermal machines are a subfield of quantum thermodynamics. One such machine is the quantum many-body-engine based on the phenomenon of many-body localization (MBL), a phase of quantum matter.

Yunger Halpern then explained the math for how MBL works. If the disorder is strong compared to the frequency of with which qubits change state, the system will appear frozen. This behavior sharply contrasts with particle equilibration, in which cold, clumped particles will eventually move to fit the size of their container. This comparison shows that MBL behaves athermally.

Athermal systems serve as resources in thermodynamic tasks. In that way, MBL can be used to perform thermodynamic tasks, to wit: Yunger Halpern’s “MBL-mobile” operating on an Otto Cycle. She then explained with graphs and equations how MBL engines can be scaled up to the thermodynamic limit. She said advantages of using an MBL-mobile are robust scaling, high power density, reliability, and relatively few worst-case trials.

The speaker than concluded her lecture by forecasting that experimental realizations, optimizations, and thermodynamic applications of MBL in the future.

Temperature in Washington, D.C.: 7° C
Weather: Partly Cloudy
In-person attendees and concurrent online viewers: 75, and views on the PSW Science YouTube and Vimeo channels in the first two weeks of the lecture: 299.