The 2,455th Meeting of the Society

Squirrels, Lemurs, and all Manner of Creatures Great and Small 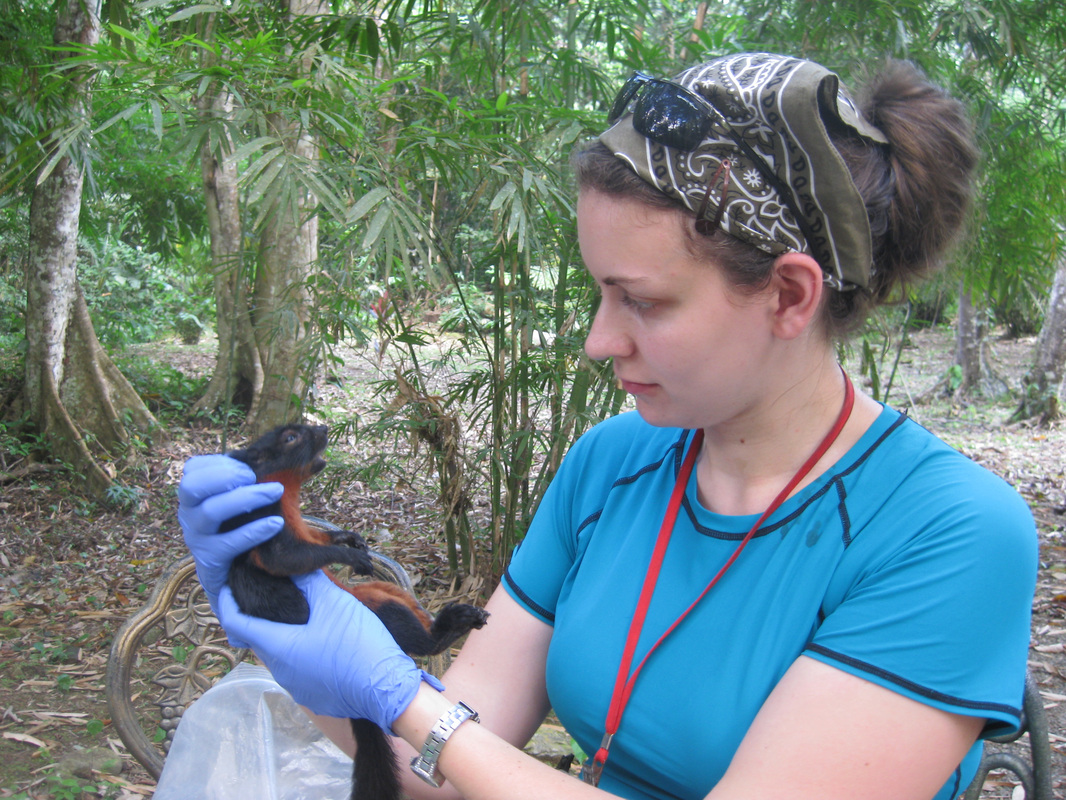 This lecture will discuss research using traditional museum specimens in combination with field collected samples and modern techniques of molecular biology to study species boundaries (endemism), biogeography, taxonomy (systematics), evolution and evolutionary dynamics. The lecture will describe the use of “ancient” DNA methods on museum specimens to evaluate genetic signatures and its application to studies of animals around the world. Examples to be discussed include combined field and museum specimen-based work on a variety of squirrels and lemurs. The lecture will also discuss how this type of research is crucial to developing an accurate understanding of the number of species, genetic diversity and distribution of animals in a region, and the necessity of this information for formulating effective conservation plans and practices. The need to understand the effects of human alterations of the environment is particularly important for conservationists, and the lecture will discuss how the information provided by this type of research is used to protect endangered species and ecosystems from anthropogenic changes. 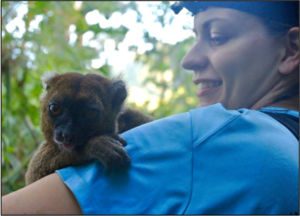 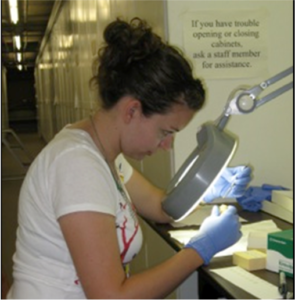 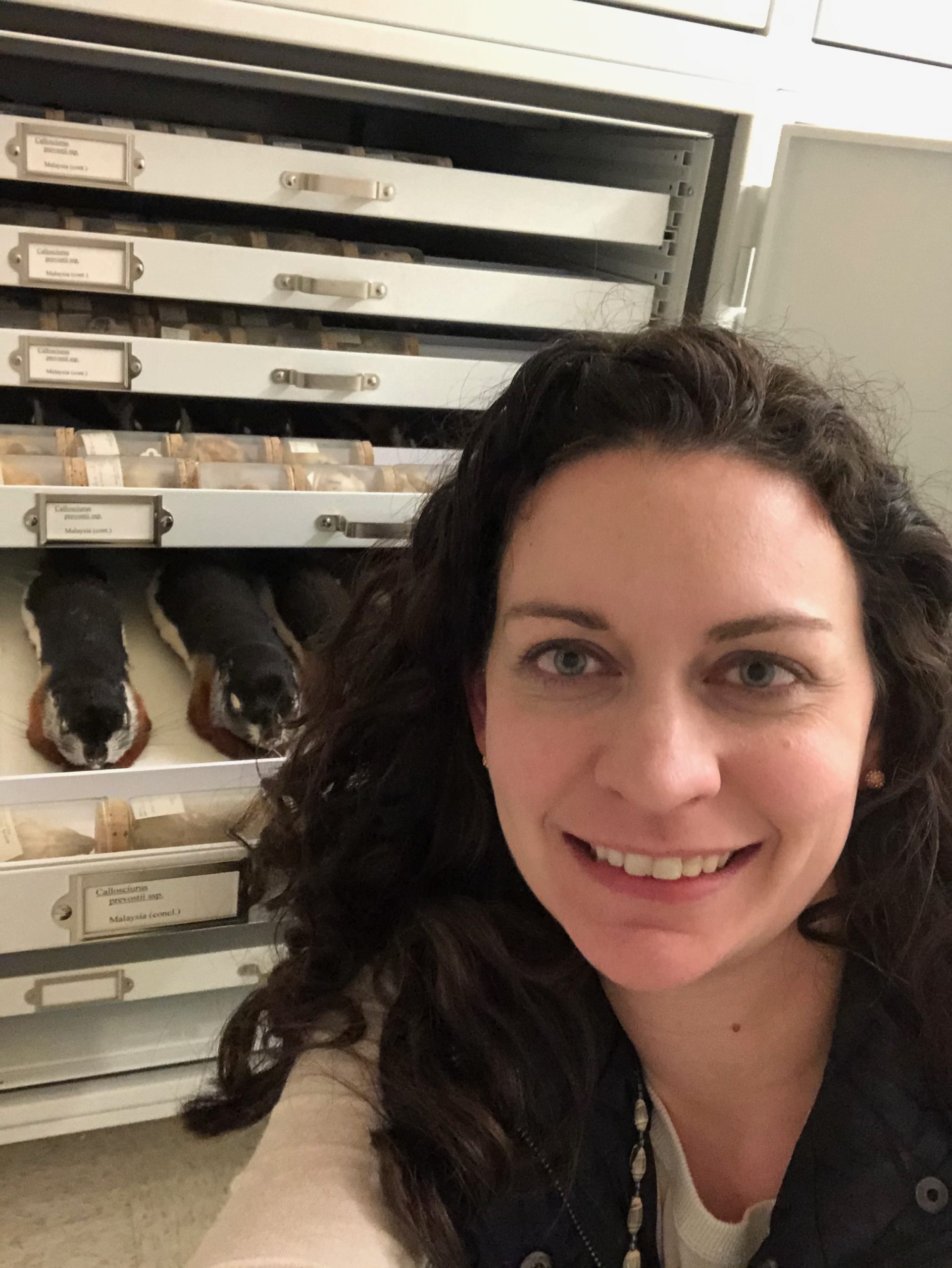 Melissa Hawkins is Curator of Mammals and Research Zoologist at the Smithsonian Institution National Museum of Natural History, and a Research Affiliate in the Department of Biology at George Mason University.  Previously she was a Research Associate in the Smithsonian Conservation Biology Institute at the National Zoo, and Curator and Assistant Professor at Humboldt State University.

For over a decade, Melissa have been applying the techniques of molecular biology to the study of speciation, evolution and biodiversity.  She has been working especially on DNA sequence information obtained from “ancient” DNA extracted from museum samples, which typically is challenging to study because it is degraded by preservation circumstances and processes that occur during storage.  She combines these DNA-based studies of museum specimens with field studies, and she has led two field expeditions to study mammals in Kinabalu Park in Sabah, Malaysia.

Melissa is an author on numerous research publications and two chapters in the  Handbook of Mammals of the World.  Among other honors and awards she is the Recipient of the first Smithsonian Conservation Biology Institute Emerging Scientist Award, the Best Dissertation Award from George Mason University, Department of Environmental Science and Policy, and a runner up for the American Society of Mammologists Shadle Fellowship.

Melissa earned a BS and an MS at Western Illinois University and a PhD in Environmental Science and Policy at George Mason University.

On March 11, 2022, from the Powell Auditorium of the Cosmos Club in Washington, D.C, and by Zoom webinar broadcast on the PSW Science YouTube channel, President Larry Millstein called the 2,455th meeting of the Society to order at 8:04 p.m. EST. He welcomed new members, and the minutes of the previous meeting were read and approved.

President Millstein then introduced the speaker for the evening, Melissa T.R. Hawkins, Curator of Mammals and Research Zoologist at the Smithsonian Institution’s National Museum of Natural History. Her lecture was titled, “Squirrels, Lemurs, and all Manner of Creatures Great and Small: Field Studies & Museum Collections – Essential tools of taxonomy, ecology, evolutionary biology, and conservation.”

Hawkins is principally a mammologist interested in evolutionary biology (or systematics), specifically in adaptive radiations in Southeast Asia and Madagascar. Both geographic regions have experienced significant deforestation since the mid-20th century.

Hawkins uses museomics – the large scale analysis of the DNA content of museum collections – to analyze the mammal collection at the Museum of Natural History, the world’s largest. The depth and breadth of the collection allows Hawkins to conduct research on remote populations without needing to travel the globe, and to sample extinct animals without a time machine.

Her research relies on collecting “crusties” that survived museum sterilization processes. Less than 3% of the Museum’s mammal collection has tissue to sample. When Hawkins is able to extract a DNA sample, she tries to recover signals for reconstructing phylogenys and look at population genetics.

Hawkins described her research methodology and instruments, then described her museomics research. That work has resulted in published papers on looking at recovering a wide variety of mammalian mitochondrial genomes and the ectobates array.

The speaker then turned to her field work. She first described her work studying the colonization patterns of squirrels in Sulawesi, an island comprised of five fragments of land masses East of Borneo. Sulawesi has ten named species of squirrels, adapted into three genera.

In the last twenty million years, Sulawesi has fluctuated between being entirely above water and having only certain incongruous peaks and ridges above sea level. Based on museum specimens, Hawkins and her team were able to construct an adaptive radiation from the whole mitochondrial genome of about 16,500 base pairs of DNA. After initially believing she identified a new genus of squirrel, she learned her data actually showed a mitochondrial capture from an unidentified or extinct squirrel species.

Her results indicated that various squirrels were isolated during periods of high sea level and speciated when then were able to interact as water levels dropped. Given the opportunity to return, Hawkins would have finer scale sampling and do a whole genome sequencing for each genus to look at when they split from one another.

Hawkins next discussed her research on the genetic structure of the mountain tree shrew in Borneo. These mammals have an unusually large elevational range, found in every sample from 836-3,356 m above sea-level. The research team used UCEs and mitochondrial genomes and determined there were two divergent haplogroups with significant geographic overlap.

Hawkins said the tree shrew evolved on the island’s older mountain where the data showed greater genetic diversity, and “rode” the newer mountain as it grew. The data also showed the tree shrew had surprisingly complex migration patterns, meaning that despite steep elevational gradient of the two mountains, substantial gene flow occurs for the species.

In the future, Hawkins would like to expand sampling to the full extent of the tree shrew’s range and do microbiome research.

The speaker then talked about her research in Madagascar, an island of diverse microclimates that experienced four independent migrations of mammals: lemurs, tenrecs, rodens, and carnivorans. Hawkins was tasked to develop the largest phyologeny of sifakas, the second largest lemurs weighing up to six and a half kilograms. There are currently nine named species.

Based on 200 samples, the speaker’s team identified two clades in the diademed sifaka which almost perfectly corresponds to the current climate zones in Madagascar. Demographic reconstruction supported the same result. An analysis of 20 years of morphological measurements also showed the clades pulling apart. Hawkins intends to take samples from the British Museum for historical data points to determine whether her research can establish two species of diademed siafaka.

The speaker then highlighted her in-progress research projects and took questions from the in-person and online viewing audiences.

Temperature in Washington, D.C.: 11° C
Weather: Partly Cloudy
In-person attendees and concurrent online viewers: 62, and views on the PSW Science YouTube and Vimeo channels in the first two weeks of the lecture: 141.