The 2,456th Meeting of the Society

Distinguished Professor and Chair in Atmospheric Chemistry
Director, NSF Center for Aerosol Impacts on Chemistry of the Environment
University of California - San Diego

It is critical to improve our understanding of the impacts of the ocean/atmosphere system on climate in order to understand how climates change.  Current climate models are limited in their treatment of marine aerosols, atmospheric chemistry, and clouds.  A particularly challenging area involves determining the impact of ocean microbial emissions on the atmosphere.  The ability to determine the impact of ocean biology on clouds and climate in field studies has been impaired by the additional complexities from added human pollution, even out over the open ocean.

This lecture will provide an overview of unique ocean/atmosphere-in-the laboratory studies in the NSF Center for Aerosol Impacts on Chemistry of the Environment (“CAICE”), a facility designed to unravel the composition of the marine atmosphere with a major focus on the factors controlling the chemical mixing state, cloud formation, and ice nucleating ability of marine aerosols.  Over the past decade, CAICE scientists have been able to successfully transfer the full physical, chemical, and biological complexity of the ocean/atmosphere system into the laboratory at Scripps Institution of Oceanography.  The presentation will highlight results obtained using this unique approach and how they are now being used to explain marine field observations and improve climate models. The lecture will describe how CAICE studies have been able to finally account for changes in clouds in regions with phytoplankton blooms.

The presentation will also discuss the new Scripps Ocean-Atmosphere Research Simulator (SOARS) that will use winds and waves to simulate the complex marine atmosphere boundary layer under varying scenarios of temperature, from tropical to polar, atmospheric gas phase concentrations, and ocean pH.   SOARS will be able to simulate the current and future states of the ocean/atmosphere system thus uniquely capable of simulating Earth’s rapidly changing ocean-atmosphere system.

Finally, the lecture will discuss recent field and laboratory studies investigating the factors controlling the ocean-to-atmosphere transfer of bacteria, viruses, and gases, and the implications for the health of residents living in and near coastal regions. These studies are yielding insight into how our atmosphere and climate will change with warming of the earth’s oceans.

Additional information on the subject

Information on CAICE is available on the CAICE website: https://caice.ucsd.edu 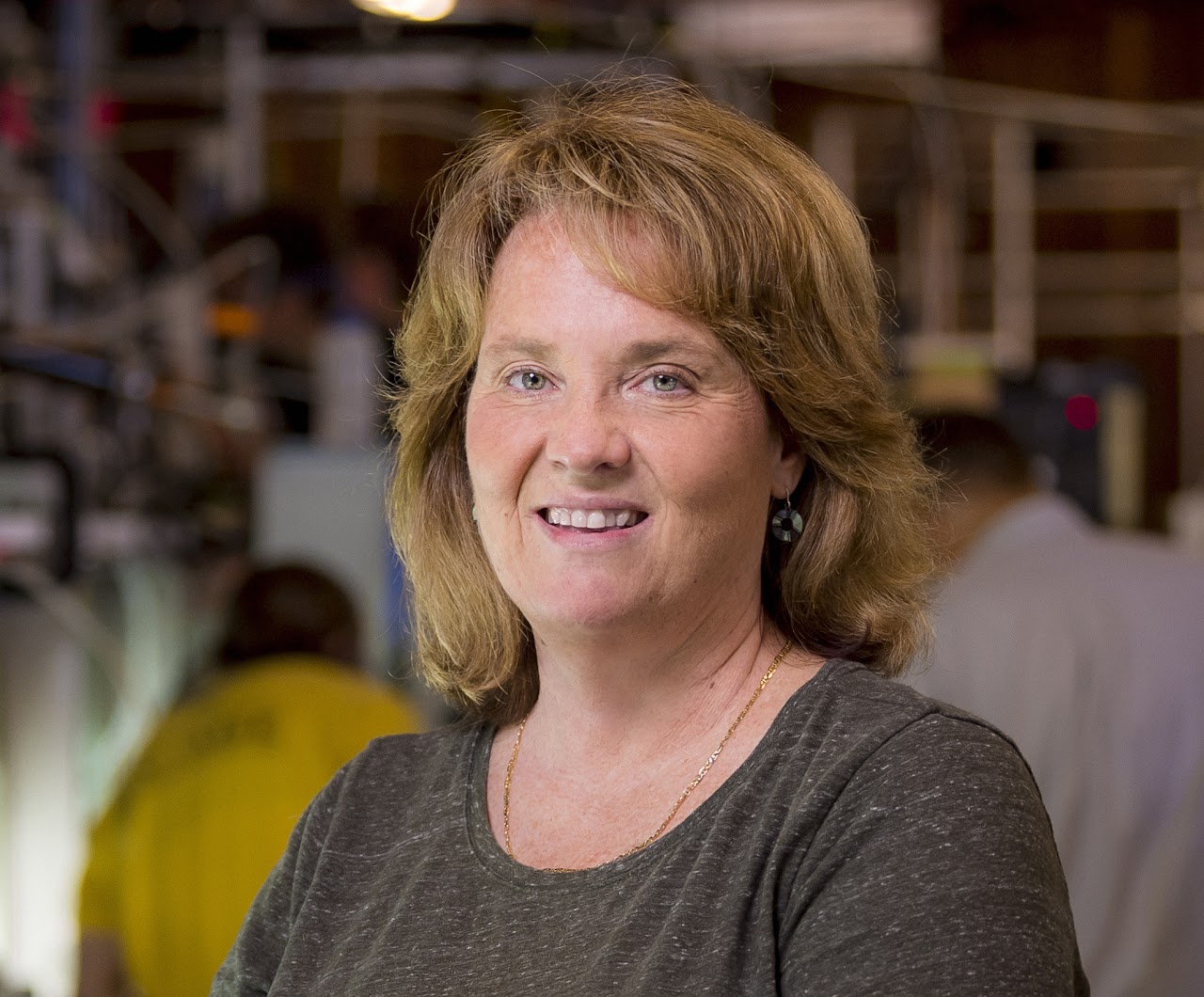 Kimberly A. Prather is the Distinguished Chair in Atmospheric Chemistry at Scripps Institution of Oceanography and the Department of Chemistry and Biochemistry at the University of California, San Diego.

Her research group has performed ground-based, shipboard, and aircraft studies worldwide to advance our understanding of the major sources, chemical mixing state, and reactivity of atmospheric aerosols.  A major focus of her work been improving our understanding of how aerosols impact clouds.  Her group has performed in situ measurements of the aerosols that seed clouds and shown that long range transported dust and microbes from as far away as Africa can enhance the snowfall over the Sierra Nevada mountain rain in California.

Kimberly is the founding Director of the NSF Center for Aerosol Impacts on Chemistry of the Environment (CAICE), an NSF Center for Chemical Innovation. CAICE scientists have transferred the ocean-atmosphere system into the laboratory to investigate how phytoplankton, bacteria, and viruses in the ocean influence atmospheric chemistry, clouds, and climate.  Recently, she has widely advocated the importance of acknowledging aerosol transmission to reduce the global spread of COVID-19 and help to end the Covid-19 pandemic.

Kimberly has published widely on her work and is an author on over 230 publications on aerosols.  In addition, she speaks frequently to major media on aerosols and their impacts on health and climate.

Among many other honors and awards Kimberly has been awarded the AAAR Whitby Award, ACS Field & Franklin Award for Outstanding Achievement in Mass Spectrometry, the Pittsburgh Analytical Chemistry Award, and the Haagen-Smit Clean Air Award.  She is a member of the  American Academy of Arts and Sciences, the National Academy of Engineering, and the National Academy of Sciences, and she is an AAAS Fellow and an AGU Fellow.

Kimberly earned a BS and a PhD in Chemistry at the University of California, Davis.

On March 25, 2022, by Zoom webinar broadcast on the PSW Science YouTube channel, President Larry Millstein called the 2,456th meeting of the Society to order at 8:02 p.m. EDT. He welcomed new members, and the recording secretary read the minutes of the previous meeting.

President Millstein then introduced the speaker for the evening, Kimberly Prather, Distinguished Professor and Chair in Atmospheric Chemistry and Director of the NSF Center for Aerosol Impacts on Chemistry of the Environment at the University of California at San Diego. Her lecture was titled, “Ocean Microbes, Aerosols, Climate and Health: Tiny Critters, Huge Impacts.”

Aerosols are objects of less than 100 microns that can travel through the air. Prather studies these tiny particles and how they move around the globe, a journey that takes approximately 2 weeks in the jet stream. Aerosols affect where clouds form and where water falls.

In 2009, Prather began researching how aerosols affect precipitation in California. To do so, she used instruments she created, such as Aerosol Time-of-Flight Mass Spectrometry (ATOFMS) to conduct in-situ individual particle analysis.

Prather said experiments in sodium chloride are insufficient to study the ocean. She emphasized the biological world in the sea-surface microlayer atop the ocean waves, and described how her team attempted to replicate the microlayer and sea spray in a laboratory setting. She conceded that in their early experiments, her group did not consider the significance of various gases.

The group used a wave channel filled with 3,400 gallons of sea water to conduct experiments on phytoplankton bloom. For eight years, they created ocean spray and examined what got transferred (and when) across the air/sea interface. They determined ocean microbial enzymes can control sea spray aerosol chemistry and cloud seed composition.

Prather’s next project was SeaSCAPE, for Sea Spray Chemistry And Particle Evolution, which sought to study the secondary gases formed from sea spray. Over 90 people were involved in the study, and uncovered that the secondary reactions created by microbial emissions significantly impact cloud formation.

The speaker said the next frontier is her current project, the Scripps Ocean-Atmosphere Research Simulator (SOARS), which will simulate futuristic and historical climate scenarios with full environmental controls. Those controls include being able to replicate hurricane force winds, full temperature control, and control over the gases inside the chamber. SOARS will begin full-scale experiments this summer.

In 2018, Prather co-authored a paper on selective ocean transfer of airborne viruses and bacteria. She has conducted further work on the impacts of airborne ocean microbes on human health, asking which coastal water viruses and bacteria become airborne. Because of increasingly extreme weather events such as intense storms and flooding, the microbiome in coastal regions will significantly change.

Prather’s specific research has been on the Tijuana Estuary, studying where ocean pollution goes. Preliminary results indicate pollution becomes trapped in surf zones, where it is most likely to aerosolize. She has also searched for SARS-CoV-2, and found its RNA in water but not in the air.

Prather noted the established linkage between meteorology and Kawasaki disease. This linkage allows public health officials to monitor wind conditions to forecast disease outbreaks. Prather hopes her research will establish linkages so that monitoring aerosols can be used to forecast public health needs.

The SARS-CoV-2 pandemic has motivated Prather to advocate for educating the public on aerosols. She said efforts to contain the virus by identifying symptomatic people and maintaining 6 feet of distance were ineffective, because the virus was principally transmitted by asymptomatic people spreading virus aerosols. She then discussed the pattern of public health miscommunication about airborne transmission throughout the pandemic.

Prather then summarized multiple studies contributing to the overwhelming evidence that SARS-CoV-2 is principally transmitted through the air, not through droplets or on surfaces. Spreading this information is important because the preventative measures for aerosols are much more stringent than those aimed at preventing droplet transmission.

The speaker then advocated that public health policy call for cleaning air to prevent the spread of future respiratory viruses, and she took questions from the online viewing audience.

One member asked about comparing SARS-CoV-2 to the measles. Prather said notions about airborne transmission shaped by super-infectious viruses such as the measles made it difficult to persuade public health officials that SARS-CoV-2 was airborne. Yet, whereas measles has never been cultured from the air, SARS-CoV-2 has been five times.

A YouTube viewer asked how CO2 detectors could prevent airborne virus transmission. The speaker said that because CO2 levels accumulate in poorly ventilated spaces, CO2 level is an indicator for air “freshness.”

Temperature in Washington, D.C.: 14° C
Weather: Mostly Cloudy
Number of streaming online viewers: 49, and views on the PSW Science YouTube and Vimeo channels in the first two weeks of the lecture: 168.