The 2,458th Meeting of the Society

Active implants like the pacemaker and spinal cord stimulator modulate specific neural activity without the complicated side effects of pharmaceutical agents.  Unfortunately, they are large, expensive and require invasive surgery.  Consequently, although these treatments are efficacious, they are considered therapies of last resort.  Efforts are underway to develop small implantable devices that do not have these disadvantages and will serve many therapeutic applications that are not addressed by the technologies currently in use.

One company, Teliatry, has built some of the smallest and most advanced active implantable devices in the world, about the size of a grain of rice.  In clinical trials,  these devices have been implanted in humans to treat blindness, PTSD, stroke, and spinal cord injury, with positive results.  The company is using manufacturing technologies developed for the integrated circuit industry to fabricate these devices, with great advantages over conventional technologies in cost and reliability, and the ease of mass manufacturing.

The lecture will describe these ultraminiature, minimally invasive and injectable active medical devices, the technology used to fabricate them, their use and outcomes in patients suffering from several different maladies, and the near and longer term prospects for their development and medical impacts. 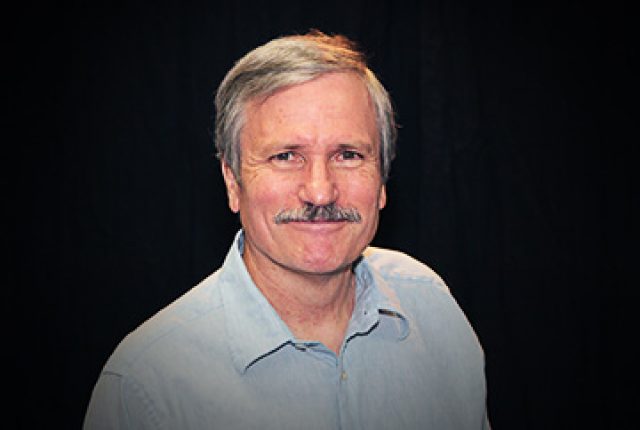 In addition to his science and engineering work, John has been instrumental in developing and spinning out a number of successful nanotechnology companies, including Zyvex Technologies and Zyvex Instruments.

John is an author on many peer reviewed scientific publications and an inventor in numerous issued US Patents.

John earned a BS, MS and PhD in Electrical Engineering from the University of Houston.

This lecture was originally to be given by Rahul Saint.  Rahul was not able to travel and John kindly stepped in to give the lecture in his stead.  Rahul and John have worked together closely for many years on the technologies discussed in the lecture.

On May 6, 2022, from the Powell Auditorium of the Cosmos Club in Washington, D.C, and by Zoom webinar broadcast on the PSW Science YouTube channel, President Larry Millstein called the 2,458th meeting of the Society to order at 8:06 p.m. ET. He welcomed new members, and the Director of Special Projects read the minutes of the previous meeting.

President Millstein then introduced the speaker for the evening, John Randall, CEO of Zyvex Labs, Executive VP of Teliatry, Inc, and Executive Vice President of Nanoretina, as well as an Adjunct Professor at University Texas, Dallas. His lecture was titled, “Ultraminiature Medical Implants.”

Randall began by introducing the concept of retinal implants. He showed a blank black slide, intended to simulate blindness, then briefly explained the optics of the eye. Rods and cones, he explained, receive information then turn that information into electrical pulses carried by the optic nerve, then a realization is done back in the visual cortex of the brain.

The speaker discussed three different approaches to developing a bionic eye. The epiretinal bionic eye concept entails placing electrodes on the surface of the retina. The subretinal bionic eye concept, in which the retina is peeled back, and the electrodes are placed by the rods and cones. The nanoretnia concept entails putting light sensors on the surface then placing penetrating electrodes behind the retina. However, he explained, each of these methods have drawn backs, especially the size of the implanted devises.

The implantable devices previously used large titanium housing with laser welded seams and low-density feedthroughs. Their team developed a miniature sized platform approximately the size of a grain of rice. Their concept produces an extremely small implantable pulse generator, or ipg, which uses non-conventional biocompatible materials. With this approach they have achieved 600 electrode ipg with the highest density feed-throughs of any biomedical device by a large margin. It uses high-density penetrating electrodes invented by the team, and a wafer level manufacturing approach which allows for scalability.

Their chromatic feed-through wafer is made of glass and sapphire and allows the ability to go from the inside of the of the ipg, where all the electronics are, to the outside in a hermetic way such that electronics can be embedded.
This new approach to making active biomedical devices enabled the team to develop a retinal implant and begin animal and human trials.

The advantages of these devices, the speakers explained, can be seen when looking at chronic diseases, such as heart disease, cancer, chronic lung disease, stroke, Alzheimer’s, chronic neurological disorders, and more. Some of these conditions already have active implant therapies that are in human clinical trials. The speaker emphasized that six out of ten Americans have at least one of these chronic diseases at some point in time.

The speaker then showed a explained a use case they are working on with a professor at University Texas, Dallas interested in targeted plasticity therapy, which involves stimulated the vagus nerve. Current physical therapy enables a person with 10% limb usage to achieve 30% limb usage. However, with a vagus nerve implant, which floods the brain with acetylcholine, the portions of the brain that were affected in moving the arm get to rewire to a larger number of nerve cells with both the physical therapy. In trials, targeted plasticity therapy has enabled people to achieve 80-90% limb usage.
Next the question and answer period began. One of the members asked about the challenge of shrinking battery size down as the size microelectronics decrease, and if energy harvesting or wireless charging are feasible alternatives. The speaker responded that solid state batteries are small, can be recharged quickly, and have a high energy density so that is primarily the direction they are going in.

Another member asked about implanted sensors of human arterial and venous blood pressure and specifically if they had any blood pressure sensors. Rahul responded that they are actively working on a program to look at arterial blood pressure. He expressed excitement that it is an opportunity for closing the loop on therapy.

Another member asked about the similarities between their technology and Neuralink. Rahul commented that they often get compared especially on the bionic eye side to Neuralink, however the Neuralink device is about 20 times bigger than the nano retina device.

Temperature in Washington, D.C.: 20° C
Weather: Clear
Number of in-person viewers: 28, streaming online viewers: 51, and views on the PSW Science YouTube and Vimeo channels in the first two weeks of the lecture: 179.