The 2,462nd Meeting of the Society

Next Step to the Stars 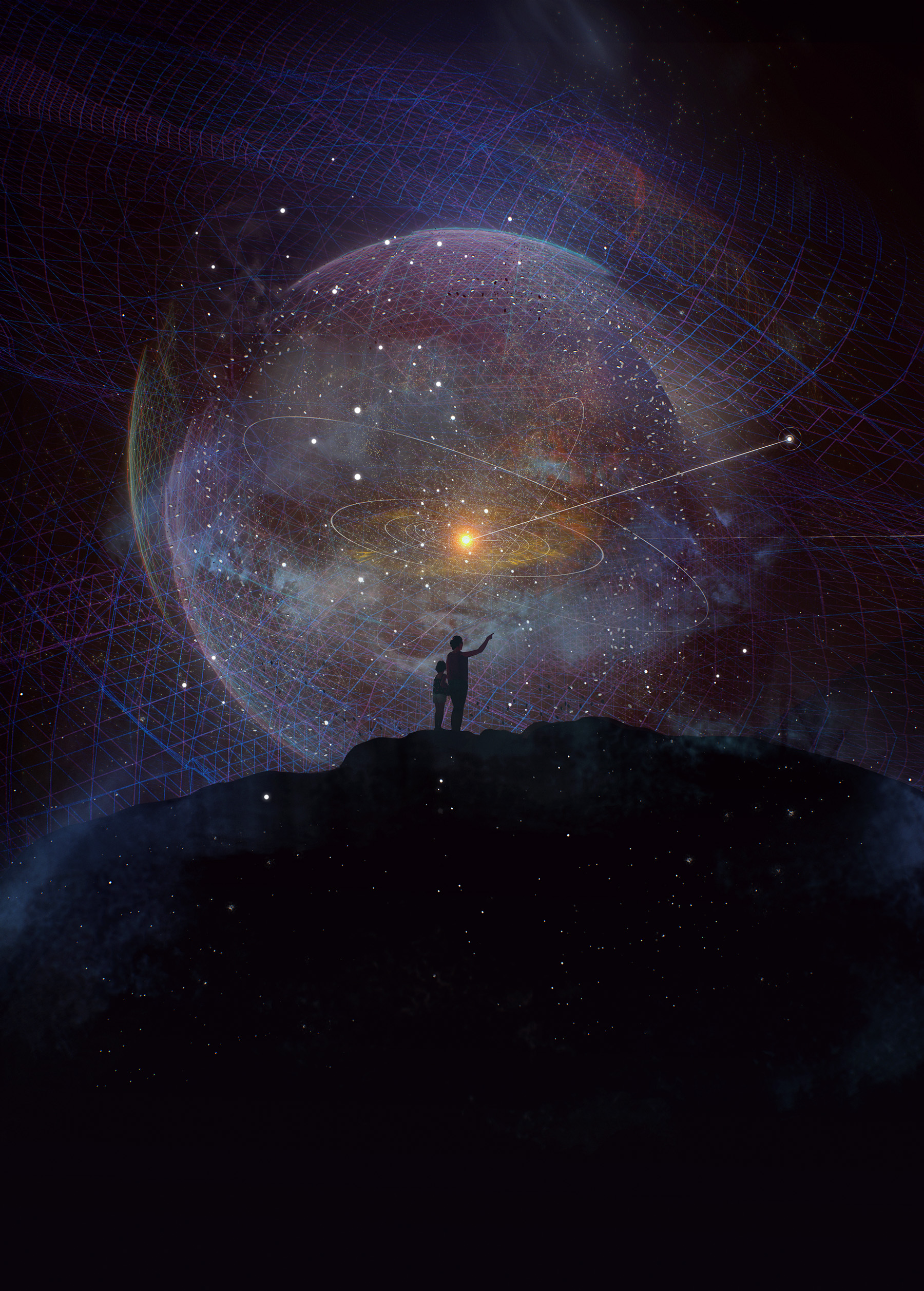 To study and select a menu of “appropriate” science drivers, required measurements, and example payload instruments for such a mission, an internal Johns Hopkins Applied Physics Laboratory team and a large number of external and unpaid volunteers were assembled and participated in four workshops held annually from 2018 through 2021. The work let to the assembly of a science traceability matrix, and Working Groups crafted a notional set of remote-sensing and in situ instruments to address both a baseline heliophysics mission and an “augmented” mission with additional planetary science and astrophysics science goals.

Detailed engineering and trade-off studies were carried out and showed that an interstellar probe mission supporting the science objectives can be designed, built, and launched by the early 2030s. The nominal mission proposal uses a super heavy lift launch vehicle (such as a Space Launch System Block 2 Cargo vehicle with additional 3rd and 4th stages) to propel a payload spacecraft of approximately 860 kg carrying about 90 kg of instruments. With a close Jupiter gravity assist, a spacecraft with these parameters launched on a super heavy life vehicle in 2036 would exit the solar system at about twice the current speed of Voyager 1 and in 50 years would reach ~350 AU from the center of the solar system. Powered by two next-generation radioisotope thermoelectric generators and with a communications system designed to return data from as far as 1,000 AU, it would be able to send data back to earth for well over that amount of time and would constitute the next step past the Voyagers.

The IsP would be a large strategic mission for NASA, and it is envisioned that a future NASA Science and Technology Definition Team, as well as members of the upcoming Solar and Space Physics Decadal Survey could draw upon the IsP report as a “menu” from which to select and/or reject science goals, solar-system-flyout direction, and potential instruments for a scientific payload for an Interstellar Probe that could be readied in this decade and launched within the next.

This lecture will discuss the IsP, including its science objectives, potential instrumentation, possible launch and trajectory scenarios, and other aspects of a mission with a design and running life that could be as long as one hundred years, possibly longer.

The 498 page IsP study proposal, including science details, instrument examples, system trade-offs, and cost and reliability estimates, is available for download without charge at https://interstellarprobe.jhuapl.edu. 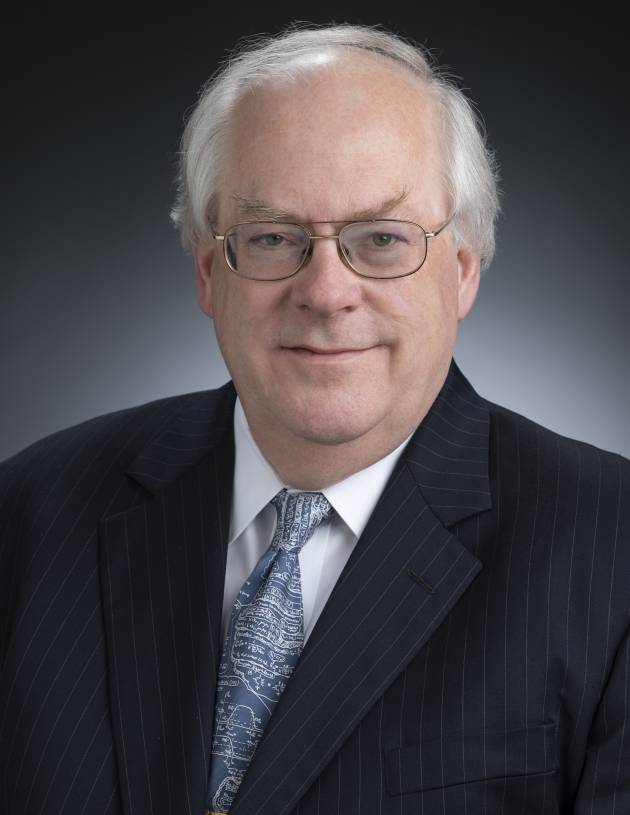 Ralph L. McNutt, Jr. is a Physicist and Member of the Principal Professional Staff in the Space Exploration Sector of The Johns Hopkins Applied Physics Laboratory (APL), and he is the Principal Investigator on the Pragmatic Interstellar Probe proposal. Concurrently is a co-Investigator on NASA’s Voyager, New Horizons, and Parker Solar Probe missions (currently operating) and on NASA’s Europa Clipper mission (now under development).

Ralph is an author on over 220 papers. He co-chaired National Academies 2009 Studies on Radioisotope Power Systems and NASA’s 2017 Large Strategic Science Missions.

On September 11, 2022, from the Powell Auditorium of the Cosmos Club in Washington, D.C, and by Zoom webinar broadcast on the PSW Science YouTube channel, President Larry Millstein called the 2,462th meeting of the Society to order at 8:02 p.m. ET. He welcomed new members, and the minutes of the previous meeting were read.

President Millstein then introduced the speaker for the evening, Ralph McNutt, a Principal Professional Staff Member in the Space Exploration Sector of The Johns Hopkins Applied Physics Laboratory. His lecture was titled, “A First Interstellar Probe, Next Step to the Stars.”

McNutt began by introducing his talk as a story at the cross section of science, engineering, and dreams of a future. McNutt is the Principal Investigator on the Pragmatic Interstellar Probe proposal. The Interstellar Probe is a pragmatic near-term mission concept that would enable groundbreaking science using technology that is near-launch-ready now.

The speaker followed by reviewing the definition of a pragmatic interstellar probe, which is, in part, a mission through the outer heliosphere and to the nearby “very local” interstellar medium. He also reviewed scientific visionaries and their contributions to the thought of interstellar travel.

McNutt then described a $7M study which APL as tasked by NASA’s Heliophysics Division, carried out over a two-year period in 2018 and 2019. The goal of a pragmatic interstellar probe would be to have an operational lifetime of 50 years.

McNutt continued by making the claim any successful mission has four elements, a case for going, the means to go, the agreement from stake holders to go, and the funds to go.

McNutt then highlighted three optional cross divisional goals, including identification of extragalactic light spectrum which is missing from the understanding of early galactic formation.

The speaker went on to discuss how the science informed the concept of operations and reviewed the science traceability matrix used to identified requirements and mission phases. He then went on to the three mission concepts.

The speaker then discussed the baseline mission characteristics such as launch windows in 2026, data rates with x-band, and leveraging a next generation radioisotope thermoelectric generator.

Next the question and answer period began. One of the members asked about the main lessons from the Voyager missions that will help for the interstellar probe. McNutt responded by explaining that Voyager did not account for turnover, and they will learn from the difficulties that posed. Including, for example, the drawings from Voyager were not kept. Plan for a long-term success from the beginning.

Another member asked the speaker to comment on the timeline of the mission. Specifically, there has been approximately 60-year period of waiting since the idea first emerged due to a lack of adequate propulsion capabilities. McNutt likened the mission to the Wright brothers and agreed that the time is now for sending this mission.

Another member asked about the possibilities of interstellar travel and what we might to do now to get further in the long run. The speaker answered by quoting hitchhikers guide to the galaxy with “Space is big”.

Temperature in Washington, D.C.: 23° C
Weather: Clear
Number of streaming online viewers: 104, and views on the PSW Science YouTube and Vimeo channels in the first two weeks of the lecture: 405.

Respectfully submitted,
Cameo Lance, on behalf of the Recording Secretary