The 2,466th Meeting of the Society

Opening a New Window on the Universe from the South Pole

Professor of Physics
University of Wisconsin-Madison 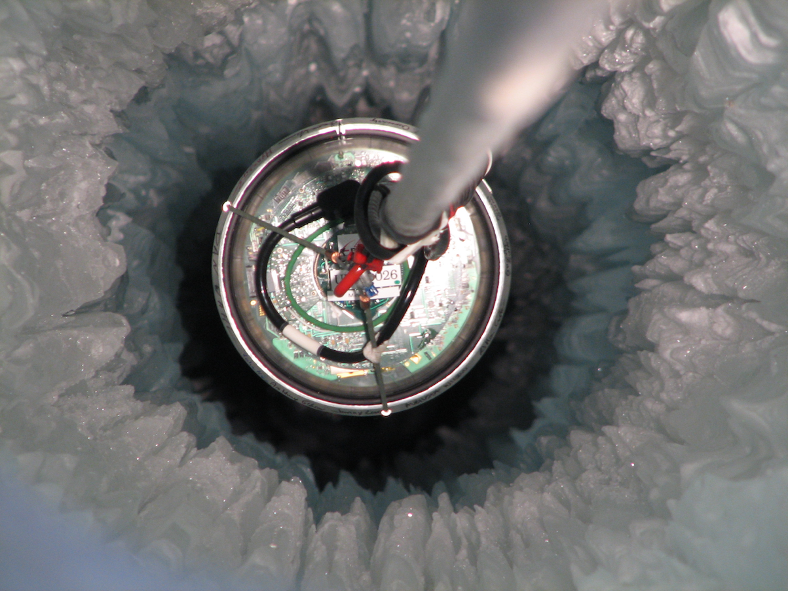 The IceCube project at the South Pole melted 86 holes over 1.5 miles deep in the Antarctic icecap to construct an enormous astronomical observatory. The experiment recently discovered a flux of neutrinos from deep space with energies more than a million times those of neutrinos produced at accelerator laboratories. These cosmic neutrinos are produced in some of the most violent processes in the universe and originate in the cosmic particle accelerators that are still enigmatic sources of cosmic rays. This lecture will discuss the IceCube telescope and the discovery of high-energy neutrinos of cosmic origin. It will highlight the recent discovery that some high-energy neutrinos—and cosmic rays—originate from sources powered by rotating supermassive black holes. 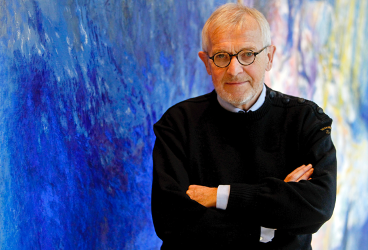 Francis Halzen is a Vilas Research and Gregory Breit Distinguished Professor of Physics at the University of Wisconsin–Madison, where he has been a member of the faculty since 1972. He is the principal investigator of IceCube, the massive neutrino detector deep in Antarctic Ice at the South Pole.

In September 2017, IceCube detected a high-energy neutrino from the direction of a blazar called TXS 0506+056. This was the first-ever evidence of a source of high-energy cosmic rays, whose origins have been notoriously difficult to pinpoint since they were discovered over one hundred years ago. The IceCube observatory’s first observation of high-energy cosmic neutrinos was awarded the Physics World Breakthrough of the Year Award.

Francis is an author on over 1,000 technical publications, co-author of the textbook Quarks and Leptons on modern particle physics, and he has written and edited several other books. His essay “Antarctic Dreams,” about the early days of AMANDA, IceCube’s precursor, was featured in The Best American Science Writing 2000. He speaks frequently at technical conferences, colloquia and workshops, and often gives public talks and speaks with the media as well.

Francis is a native of Belgium and he earned an MS and PhD in physics at the Catholic University of Leuven.

On November 4, 2022, from the Powell Auditorium of the Cosmos Club in Washington, D.C. streaming online via Zoom and the PSW Science YouTube channel, President Larry Millstein called the 2,466th meeting of the Society to order at 8:05 p.m. EST. He announced the order of business and welcomed new members. The minutes of the previous meeting were then read and accepted.

President Millstein then introduced the speaker for the evening, Francis Halzen, Vilas Research and Gregory Breit Distinguished Professor of Physics at the University of Wisconsin–Madison and Principal Investigator of IceCube. His lecture was titled, “ICE-CUBE: The Under-the-Ice Neutrino Observatory in Antarctica, Opening a New Window on the Universe from the South Pole.”

Viewing the night sky in infrared reveals the microwave background the universe. Going to blue wavelengths then reveals a narrow band across the sky, and increasing the blueness eventually results in a black sky image. Halzen said that blackness could be explored by detecting neutrinos. That is the research he has sought to conduct.

Unlike photons from the microwave background, neutrinos that reach Earth from the edge of the universe carry information about their origin; they are also difficult to detect. To detect neutrinos requires water and light sensors called photomultipliers. The idea of how to do so dates back to 1960, when Moisey Markov proposed to build deep in the clear ocean a cubic kilometer of light sensors pointed toward the sea floor. The idea was to detect neutrinos coming through the earth to collide with a nucleus in the water, emitting detectable blue light and muons from which neutrinos’ trajectory can be calculated. Telescopes can then be directed to view the a neutrino’s origin and watch for an event that may have emitted the neutrino.

Halzen realized it would be safer to place photomultipliers in ice, rather than in the open ocean where they were exposed to an unfriendly environment. His idea eventually became IceCube, the neutrino detector installed near the South Pole where the ice is approximately three kilometers thick. He said that one-and-a-half kilometers below the surface, where the ice is 50,000 years old, it is free of bubbles and perfectly clear. There, blue light travels for hundreds of meters.

The speaker then described the IceCube construction and instruments, with photographic aides. The project was initially comprised of 500 photomultipliers measuring 10 inches each, set one and a half kilometers into the ice. The photomultipliers are organized into kilometer-long strings sunk deep into the ice. Today, IceCube is comprised of 5160 photo multipliers set into the Antarctic ice at depths between 1.4 and 2.4 kilometers below the surface. Halzen said once frozen, the detectors are completely safe from external harm or interruption, even through the SARS-CoV-2 pandemic. He then showed images and described the process his team used to bore holes through the ice and position the detectors.

IceCube detects 100 billion muons per year. Of those, 100,000 are from the atmosphere. From those atmospheric neutrinos, IceCube is searching for cosmic neutrinos. To do so, Halzen explained how the project measures neutrino energies and trajectories. He showed animated data to illustrate what it looks like when IceCube detects a cosmic neutrino. It detects approximately 200 such neutrinos every year.

IceCube’s conclusions thus far are that it detects the Universe rather than our own galaxy, in the extreme universe more energy is emitted in neutrinos than gamma rays, and those conclusions represent an opportunity for a “new” astronomy. When IceCube detects a cosmic neutrino, the team forwards that data to telescopes around the world to give them opportunity to look at the neutrino’s point of origin. In September 2017, the MASTER robotic optical telescope network associated a detected neutrino with a flaring blazar from an active galaxy within the Orion constellation.

Earlier on the day of the lecture, Science published Halzen’s conclusion that IceCube accurately detected Galaxy NGC 1068 as a neutrino source. He explained in depth the process his team used to interpret their data.

After he concluded his lecture, the speaker answered questions from the in-person and online viewing audiences. One member asked about the theoretical limit of detector resolution. The speaker said the key is to understand the optics of Antarctic ice, which is an ongoing process. He said glaciology research is a collateral research area for the project. Another member asked about cost. The speaker said IceCube has currently spent about $300 million, and has a proposal to construct a detector eight times as large for the same amount of money.

Temperature in Washington, D.C.: 18° C
Weather: Partly Cloudy
Attendance: 47 in-person and 40 streaming for a total of 87 live viewers and 459 online viewers in the first two weeks of posting.