The 2,336th Meeting of the Society

Are We Alone in the Universe? 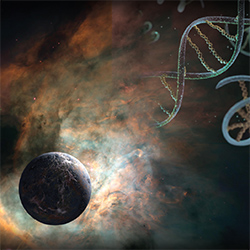 In its 24 years of operations, the Hubble Space Telescope (HST) has been transforming our view of the Universe. HST is today in one of its most productive phases, and this talk will review some recent results from HST, and how a subset of these, in combination with NASA’s Kepler mission can be used to quantify key components of the famous Drake Equation, used to describe the probability of life in the Universe. I will show how this can be further constrained using observations expected from James Webb Space Telescope (JWST) and the foundations for a space mission beyond JWST that could determine within two decades whether we are alone in the Universe. 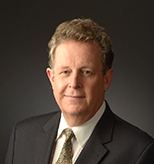 MATT MOUNTAIN is Director of the Space Telescope Science Institute, the 500-person institute responsible for the science operations of the Hubble Space Telescope, as well as the future mission and science operations of its successor, the James Webb Space Telescope. He is also the Telescope Scientist for JWST, a member of the JWST Science Working Group, and Professor of Physics and Astronomy at Johns Hopkins University. Before coming to the Space Telescope Science institute he was the Director of the International Gemini Observatory and led the team that designed, built, and brought into operation the two Gemini telescopes on Mauna Kea, Hawaii, and Cerro Pachon, Chile. His research interests have included star formation, advanced infrared instrumentation, and the capabilities of advanced telescopes. He is an author on over 100 research papers, articles, and reports. Matt received a BS in Physics and a PhD in Astrophysics from Imperial College of Science and Technology, University of London. He is a fellow of the American Association for the Advancement of Science, the American Astronomical Society, the Royal Astronomical Society, and the International Society for Optical Engineering.

The lecture was entitled "Are We Alone in the Universe?"

According to Dr. Mountain the discoveries of the space program have pushed us to the verge of a second scientific renaissance. We may now be able to answer whether life can occur elsewhere.

Many contend that there is indeed strong circumstantial evidence that life does exist elsewhere in the universe. Others contend, however, that despite the Copernican understanding that our place in the universe is not unique, the emergence of life and its complexities probably happened only once. Dr. Mountain estimated the probability difference between these two views as 1022.

He then introduced the Hubble Space Telescope and discussed its capabilities. The Hubble has begun to help us answer this question.

What is the evidence regarding non-terrestrial life? First, there is the number of galaxies. In 2004, Hubble was pointed at a small area of empty space. The resulting deep field image revealed it was filled with galaxies. It is now estimated that there are 200 billion galaxies and 2x1022 stars in the observable universe. Hence, the 1022 difference concerning the likelihood of life in the universe.

But how many of these are Earth-like planets? And of those, how many are in the so-called habitable zone? Using Hubble data, there are an estimated 5 billion planetary systems within our galaxy. Data from the Kepler mission showed that every other visible star has a detectable planetary system; 10-20% of stars have Earth-like planets in the habitable zone.

Do these planets have the right ingredients for life? We know that supernovas generate the heavier elements in the universe. Hubble instruments have analyzed the light from a quasar, 10 billion light years away, to detect these elements present in the dust and gas present on the way by the light they absorb. The cycle of star birth and death has built the elements of life throughout the entire universe.

The Hubble pioneered use of the transit technique to characterize exoplanet atmospheres. The spectrum of the Earth's atmosphere exhibits peaks for CO2, methane, water vapor, and oxygen. The presence of these together indicate nonequilibrium processes on Earth, which is the signal that Earth is a living planet. Using this technique, methane has been detected in Jupiter's atmosphere and water vapor on a Neptune-sized exoplanet.

Current instruments are limited to large planets. The James Webb Space Telescope will do better. But to study Earth-sized planets we will need a bigger telescope.

Dr. Mountain then discussed "An Observer's Drake Equation," which states that the number of life-bearing planets is the product of the number of stars, the probability that they have Earth-like planets with liquid water, the probability of life forming there, and of life being detectable. We can estimate almost every one of these variables based on astronomical observation. The JWST should provide the basis to estimate the fraction of Earth-like planets with water. Then the main variable remaining will be the probability of life.

The last question is where can life live. Here on Earth, life seems to find a way even under extreme conditions. It is important to remember, however, that this is only one observation, and if it had not happened, we would not have been here to observe it. This, then, is the contradiction: there is nothing unique about the situation on Earth, but it is completely unique in our observation.

Although astrophysics can more preciously estimate the number of stars with Earth-like planets, biologists and chemists have not been able to calculate the probability of spontaneous emergence of cellular life on a lifeless Earth-like planet. Dr. Mountain suggested we need to answer: What do we need to look for to find Earth's twin? We should look for a planet with a spectrum similar to Earth's. To do this, NASA will launch the Transiting Exoplanet Survey Telescope in 2017. To go beyond this, we will need larger telescopes.

The freedom to pursue science, however, comes with a social contract that scientists also help humanity in practical ways. For example, a lightweight 20-meter telescope can be used by astronomers to look into space, and DARPA can use it, not to look up, but to look down.

Dr. Mountain asked the audience to imagine what it will be like when we get the news of Earth 2.0. That will transform us in an irreversible way.

Dr. Mountain ended his lecture with the words of Carl Sagan: that if we ever venture out into the stars, it will be as a human species that has fewer of our failings and more of our strengths; one that has crossed many, many rivers. Dr. Mountain stated that to cross the next river, to find an Earth 2.0, to answer the question "are we alone?" is, for the first time in human history, within our grasp.

With that Dr. Mountain concluded his lecture. After the question and answer period, President Millstein thanked the speaker and presented him with a framed announcement of the lecture signed by the General Committee.

President Millstein then made the usual housekeeping announcements, invited guests to join the Society, and thereafter, adjourned the 2336th meeting of the Society to the social hour at 9:28 pm.